Linda Nazareth is the principal of Relentless Economics and senior fellow for economics and population change at the Macdonald-Laurier Institute.

It’s 2020, so it might be time to put down the ice cream. No, not because of your resolution to lose weight (a separate issue entirely) but because your penchant for things such as sweets and restaurant meals and alcohol may be contributing to your carbon footprint. Reducing that footprint, or at least talking about how to reduce it, looks to be the issue of the decade and food choices are going to part of the discussion.

Indeed, when the incoming United Nations envoy for climate change, Mark Carney, uses his financial market credibility (as governor of the Bank of England and before that the Bank of Canada) to liken climate change to a “financial crisis,” it is hard to ignore it. Mr. Carney used the analogy in a recent interview with the BBC, saying that financial firms need to be cognizant of where they invest, and that companies need to reduce their carbon footprints. The 2020s, he asserted, must be a decade of action on climate change.

And so back to the ice cream. Up to now, meat consumption has received the brunt of bad publicity regarding carbon footprints, with some justification. Raising and feeding animals puts demands on land and water and ultimately results in green gas emissions. As a result, many have chosen to reduce or eliminate their consumption of meat, particularly red meat.

That said, virtually everything we consume results in some emissions, including ice cream. Taking that into account, a new study from Japan set out to look at households’ carbon footprints and the ways that it is influenced by the foods they consume.

The study, by researchers at several Japanese universities as well as the University of Sheffield in Britain, looked at the carbon footprint of 60,000 households across Japan’s 47 prefectures based on how they spent their food budget and what their choices translated to in terms of the resulting greenhouse gas emissions. Not surprisingly, households with higher meat consumption did have higher carbon footprints, but Japan is a country where meat consumption is low anyway, so there was not much difference between households because of it. Instead, the higher carbon footprints among households were for those that consumed more fish, vegetables, alcohol, confectionery goods and restaurant meals.

High carbon footprint households spent on average 3.3 times more on alcohol, twice as much on confectionery goods (such as ice cream) and twice as much on restaurants than the low carbon footprint households. It would seem that going out to a restaurant and choosing the cauliflower steak instead of the porterhouse might be a lot less virtuous than you have been led to believe, particularly if you wash the steak down with a glass of cabernet and then grab some Ben & Jerry’s from the freezer later.

As always, when we talk about how to change behaviour the talk turns to taxes. Leaving aside carbon taxes on vehicle fuel, up to now that discussion has centred on taxes to reduce meat consumption, but the new research suggests we should maybe think more broadly than that. As the lead researcher on the study was quoted as saying: “If we want a carbon tax, it might be wiser to target sweets and alcohol if we want a progressive system.” Of course, consumption taxes may not be the best way to change behaviour, but governments love them. If ice cream gets taxed and households eat less of it, that might or might not be good for the environment (to say nothing of waistlines). If ice cream gets taxed and consumers buy the same amount of it (because it is a food with what economists call “inelastic demand,” which is to say they will pay whatever it costs) then that is a tax bonanza for governments and a win for them regardless.

In terms of the broader economy, the idea of non-meat food choices influencing our carbon footprints opens up a whole new Pandora’s box. Companies could be pushed to show that they in fact operate factories that produce minimal emissions and stores would be pushed to do the same. Consumers, with or without taxes influencing their behaviour, might seek out foods with a lower carbon footprint, perhaps choosing to cook them at home rather than going out to restaurants. It will be one more variable to assess when companies think about how to create a positive image for both consumers and investors.

If all of this sounds like no fun at all, well, that might be part of the sobering reality ahead. Climate change, greenhouse gas emissions and carbon footprints are poised to be the big economic issues of the 2020s, and ice cream and taxes are both apparently going to be on the table when it comes to dealing with them. 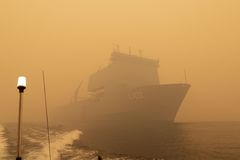 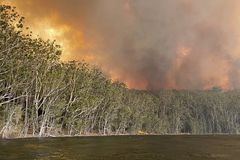 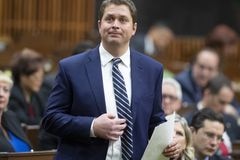