Linda Nazareth is a senior fellow at the Macdonald-Laurier Institute. Her book Work Is Not a Place: Our Lives and Our Organizations in the Post Jobs Economy will be published this month.

“Say it with money” is the general rule of how to get and keep workers, and there is something to that. Aside from some happy exceptions, people are generally not working solely for their own enjoyment, so hiking compensation or paying bonuses or sweetening benefits packages makes sense when the labour market is tight. It is certainly why now, with unemployment rates at their lowest levels in decades, wages are finally rising in North America.

Here’s a radical thought: What if workers wanted more than money or if they were willing to trade some of it for other, harder to quantify things? What if they worked harder and did more and stuck around longer if they were happy at work? It is something to consider in a time when talent (note Amazon’s recent decision to set up shop where it should be easiest to get hold of it) is acknowledged as a critical element of economic success.

Very loosely translated, “making workers happy” is sometimes referred to as “employee engagement.” Actually, that is a human resource buzz-phrase right now, which is to say that it sometimes induces a bit of eye-rolling from those who are wary of anything with a hint of warm-and-fuzzy. That might be a short-sighted view. According to Gallup’s 2017 State of the Global Workplace report, 85 per cent of employees are either “not engaged” or “actively disengaged” at work. By its calculations, that translates into US$7-trillion of lost productivity globally. To be fair, only 17 per cent of workers call themselves actively disengaged, but the fact that 68 per cent are “not engaged” is disturbing in itself. Indifference among workers is hardly likely to be a harbinger of excellence in terms of their performance.

If you find “employee engagement” hard to take, “meaningful work” may also have your eyes glazing over, but that is another phrase worth noting. According to a survey of 2,000 U.S. workers by human-resources consulting company BetterUp, just published in the Harvard Business Review, a staggering 90 per cent of respondents claim that they would trade a percentage of their lifetime earnings for greater meaning at work. They even got specific as to how much they would trade, with U.S. workers on average saying they would give up 23 per cent of entire future lifetime earnings to have a job that was always “meaningful.” By BetterUp’s calculations of a “job satisfaction to productivity ratio,” highly meaningful work translates into an additional US$9,078 a worker a year in productivity.

Of course, you can question the figures and question the assumptions that result is such precise estimates of how much better things could be if workers were happier. Perhaps though it would be helpful to look at things from the opposite perspective and note that the macroeconomic productivity figures in North America are routinely somewhere between disappointing and dismal, and that it may make sense to think about some solutions. For the most part, they take the form of suggestions to reduce taxes or increase spending on research and development or put in special tax credits that encourage investment on technology. All of those things are clearly important and all should be pursued. Then again, at a more micro level, maybe we could consider approaching things a little differently, and in a way that involves workers somewhat more.

Take the idea of technology spending, a staple of how to increase productivity. Companies are now pursuing it zealously, which is presumably great for overall growth. Unfortunately, there seems to be a bit of a disconnect between the views of those directing the spending and those who have to implement it. According to a 2018 survey by PricewaterhouseCoopers that covered 12,000 workers across eight countries (including Canada), 90 per cent of C-Suite executives think they pay attention to people’s needs when introducing new technology, while only 53 per cent of staff agree that they do. Ironically, that suggests that as companies pursue better productivity they are unintentionally alienating workers, which presumably drives it down.

Silicon Valley used to be the role model for how to attract workers in non-monetary (as well as monetary) ways, what with their foosball tables, fancy cafeterias stocked with free food, and bring-your-pet-to-work days. With the recent protests at Google, perhaps they are also getting a wake-up call that workers want something more than complimentary cookies. Providing meaning and engagement may be more difficult than serving up the snacks, but clearly it is an undertaking worth pursuing both to meet the goals of individual companies and the larger economic picture.

Opinion
How to achieve wage growth in today’s economy? Be a twister, not a sticker
Subscriber content
October 24, 2018 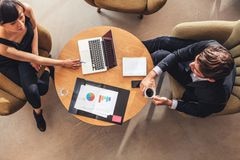 Opinion
Businesses must take an active role in planning work after automation
October 8, 2018 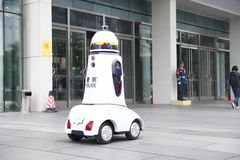 Opinion
The case for treating work e-mailing during commutes as hours worked
September 11, 2018 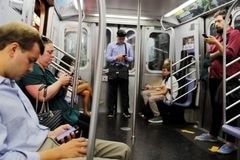