Lawrence Herman is a former Canadian diplomat who practises international trade law at Herman & Associates. He is also a senior fellow of the C.D. Howe Institute in Toronto.

Economic sanctions are a growing risk factor for Canadian companies engaged in international business, involving traps for the unwary, including, in the most serious cases, criminal charges against senior officers and against the company itself.

Despite these risks and the exposure to criminal penalties, the world of sanctions is not fully understood in many quarters. Here’s a short primer.

To start with the obvious, sanctions are unilateral prohibitions applied by governments to restrict foreign transactions in specific sectors or with individuals that have been identified as corrupt or morally reprehensible. In some cases, sanctions cover both categories.

Sanctions tend to go in one direction, mostly applied by Western industrialized democracies on rogue countries or regimes that behave badly and flout international law, the objective being to penalize or try to change the behaviour of these nasty actors, either individuals or entire governments. Sanctions on North Korea, Syria and Somalia are examples.

With evolving geopolitical circumstance, the scope of sanctions can expand, in some cases rather suddenly, as in the case of Canada’s sanctions on Venezuela and Russia.

In Canada – as in the United States, the European Union, Australia and New Zealand – sanctions come in two packages. One implements binding UN Security Council resolutions against pariah states, and terrorist organizations such as al-Qaeda. The United Nations list doesn’t include Syria, Russia or Venezuela because attempts to get UN-approved sanctions against these countries were vetoed in the Security Council.

Canada has another package outside the UN orbit, enacted under a law called the Special Economic Measures Act. That statute authorizes the Canadian government to act unilaterally, without a UN resolution, in cases where the government determines the existence of “a grave breach of international peace and security." That’s a pretty open-ended category but is usually used in concert with Canada’s like-minded allies. Hence, Canadian sanctions on Russia, Syria and Venezuela, which have nothing to do with the UN.

The distinction is important because these non-UN sanctions can be applied fairly quickly by Canada and other governments as the global situation evolves. The recent enlargement of prohibitions on any kind of transactions with individuals in Russia and Venezuela is an illustration of this.

Companies engaged in international business in troubled areas or involving certain kinds of commercial dealings have to be aware of the somewhat elastic characteristic of the Canadian sanctions regime.

A word on the difference between economic sanctions and Canada’s export control system. Under export controls, permits are needed for exporting sensitive goods and technology, including military weapons, nuclear materials, goods capable of chemical and biological weapons production and the like. Exports of light armoured vehicles to Saudi Arabia, much discussed in the media, engages Canada’s export control requirements and is a separate issue from economic sanctions.

Canadian sanctions are one thing. The aggressively global reach of U.S. sanctions is another, casting wider nets and involving a much more complex – often bewildering – web of laws and regulations than in Canada. And their enforcement is unrelenting. Even if a foreign transaction isn’t proscribed by Canadian law, it can run afoul of U.S. measures and unwittingly expose the Canadian company to U.S. enforcement proceedings.

A cautionary tale is in the case of Société Générale SA. Though incorporated and headquartered in France, it has U.S. operations and was charged criminally for violating U.S. sanctions on Cuba, Iran and other countries. Last November, the bank agreed to pay a groundbreaking US$1.4-billion to settle these charges under a deferred prosecution agreement (DPA) with American authorities.

The Global Affairs Department administers Canada’s sanctions regime. In assisting stakeholders, it provides some general answers to a set of frequently asked questions on its website. However, Global Affairs doesn’t respond to individual inquiries or provide rulings, putting parties on notice that they must seek their own advice regarding possible sanctions complications in their foreign business dealings.

This contrasts with the U.S. Treasury Department’s Office of Foreign Assets Control (OFAC) that runs the American system. As aggressive as U.S. enforcement may be, OFAC is more transparent and more responsive in assisting U.S. business. It regularly publishes detailed guidance notices and issues copies of rulings on how it enforces that country’s sanctions laws.

As is clear from all of this, inattention to sanctions leads to serious complications for companies with activities in troubled parts of the globe and, in the worst-case scenario, to criminal prosecution. Exposure to U.S. sanctions is a haunting spectre requiring exceptional care. Regrettably, with little guidance from the Canadian government on how and when sanctions might or might not apply, companies are on their own in figuring out how to navigate the system and to manage these challenging business risks. 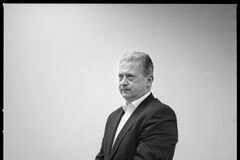