Nice little auto industry, Canada; what a shame if something happened to it. That was the gist of a tweet from U.S. President Donald Trump – “Will tax cars if we can’t make a deal!” – posted in August, 2018, threatening that Washington would slap tariffs on vehicles produced in Canadian factories unless Ottawa accepted U.S. demands for revising the North American free-trade agreement (NAFTA).

That episode is worth recalling as two major trade deals reach completion, with the revamped NAFTA soon to go into effect (assuming ratification by the Canadian Parliament) and a “Phase 1” agreement signed on Jan. 15 between the United States and China.

Mr. Trump’s menacing of Canada was a stark illustration of the bullying approach his administration has brought to the world of trade. That big point – the supplanting of a rules-based trading system with one increasingly based on intimidation – has been lost amid all the detailed analyses about the gains and losses from the U.S.-China deal and the U.S.-Mexico-Canada Agreement (USMCA).

The President’s imposition of tariffs, and the terms of the U.S.-China deal, flout the cardinal principles of the system that has governed trade since the Second World War. Under that system, run by the World Trade Organization (WTO), countries promise to maintain lids on their import barriers, and bring grievances against trading partners to impartial tribunals for adjudication rather than engage in tit-for-tat trade wars.

Although far from perfect, the WTO has kept global commerce from operating according to rule of the jungle and might makes right. The resulting stability and predictability of the business environment helps foster economic growth and investment; in the absence of such stability – with trade barriers rising and falling based on the whims of the powerful – corporate executives and entrepreneurs will turn skittish about building or expanding business operations.

By bludgeoning China and other trading partners with tariffs (and threats thereof) on no real authority but his own say-so, Mr. Trump inflicted damage on the WTO that is far more detrimental than the trade problems his recent deals may rectify. Moreover, the commitments Washington extracted from Beijing to buy huge amounts of U.S. goods very likely violate one of the WTO’s key tenets, the most-favoured-nation rule, which requires member countries to treat each other’s products on a non-discriminatory basis – a valuable bulwark against the formation of hostile trade blocs.

Mr. Trump holds the WTO in the same contempt he harbours for other multilateral institutions. He has blustered about withdrawing from the Geneva-based body and, during his recent visit to the World Economic Forum in Davos, he made it clear he will soon turn his fire on WTO rules that he doesn’t like.

Dire prophecies about the impact of trade wars have proven laughably off-base, to be sure, as evinced by the U.S. unemployment rate, which is at 50-year lows, and U.S. market indexes, which are at near-record highs. Although U.S. and Chinese growth has cooled more than it would have otherwise – to an annual rate of about 2 per cent for U.S. gross domestic product, and about 6 per cent for China’s – the effects of tariff hikes have been nowhere close to causing recession. Trade-war casualties have been confined to sectors of relatively minor importance to the U.S.'s overall economic health – farming being the best known, as well as a few trade-sensitive industries such as railroads and trucking.

But the steepest cost of the trade wars goes well beyond higher prices, lost jobs, farm bankruptcies and disrupted supply chains. Non-trivial though those costs may be, the greatest harm will result from the descent of the trading system toward rule of the jungle. Dollar signs cannot be attached to the prospective losses; economic models cannot estimate the percentage declines in GDP resulting from the lessening of stability and predictability in international commerce. It stands to reason, though, that the world will be poorer than it would be otherwise, long into the future. Some evidence is surfacing, notably a United Nations report in January that new overseas investment by business around the world fell in 2019 to its lowest level in nearly a decade.

If only all this mayhem could be justified by the benefits reaped. Instead, the details of the two recently completed deals provide concrete evidence that the gains yielded by the Trump approach are modest at best.

The USMCA tightens the rules requiring autos receiving duty-free treatment to be fully manufactured within North America and opens the Canadian dairy market a bit wider than before. It also strengthens enforcement of labour and environmental standards. Otherwise, the accord is nearly identical to NAFTA and the Trans Pacific Partnership, both of which the President derided as “disasters.”

As for the U.S.-China deal, the White House got Beijing to promise a number of measures that Chinese reformers were hoping and planning to implement because of the potential benefits to the Chinese economy. The most significant of these included greater opening of China’s financial market to foreign competition and stepped-up enforcement of protection for intellectual property. WTO rules have proven ineffective in addressing some of China’s most objectionable trade practices, but even more far-reaching concessions might have been forthcoming from Beijing if Washington had joined with allies and taken better advantage of the WTO system.

The completion of these two accords doesn’t mean trade wars are over. Mr. Trump is spoiling for a fight with Europe, and major issues left out of the Phase 1 China deal – Beijing’s massive subsidies to favoured industries, in particular – remain to be addressed. Even if these battles don’t lead to full-scale contractions, the continued upending of the rules-based system will exact a heavy long-term toll on our economic well-being. 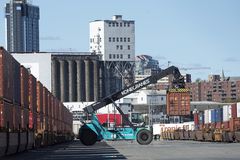 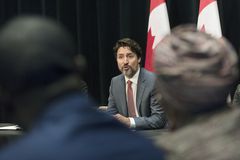 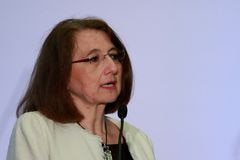