Hefty new tariffs on living room furniture from China are delivering severe sticker shock for Canadian buyers and retailers, and Art DeFehr can understand their angst. But the Winnipeg-based furniture manufacturer who initiated the trade case that led to the duties is looking at a bigger picture.

He’s trying to breathe life into a Canadian industry that has suffered badly from years competing on an uneven playing field with Chinese producers. He’s also attempting to restore enough hope to justify creating hundreds of new jobs in his hometown – rather than taking them to Mexico.

Mr. DeFehr is owner and executive chairman of Palliser Furniture, one of Canada’s biggest makers of sofas, chairs, sectionals, ottomans and the like. Last month, the Canada Border Services Agency issued a preliminary ruling on a complaint spearheaded by Palliser. It alleged that China and Vietnam have been harming this country’s manufacturers by “dumping,” or sending heavily subsidized furniture to Canada at prices even cheaper than in the countries’ domestic markets. The CBSA agreed in a big way, assigning provisional duties as high as 296 per cent on some Chinese exporters, and up to 101 per cent on some Vietnamese suppliers.

The ruling flew under the radar at first, but has begun to make the news as consumers have seen price tags on affected goods as much as tripling. With China responsible for more than half of Canada’s $700-million-a-year market for the types of furniture included in the case – leather-covered and “motion” furniture, such as recliners and swivel chairs – the effect will be hard to avoid, especially for retailers and customers at the low-price end of the market.

Canada’s CCUS tax credit is a step forward for solving climate change, but needs to be properly structured for maximum effect

But for Palliser, the case is a matter of survival at home.

“We got to the point where Canada was becoming unprofitable. ... We faced a choice. if I didn’t get a different structure in Canada, I really should shut it down and do everything out of Mexico. I didn’t want to do that. We’ve been here 75 years,” Mr. DeFehr said in an interview Wednesday.

The case that he built over the past four years, leading up to the CBSA ruling, strikes a blow for the $1.6-billion-a-year Canadian upholstered furniture industry that has been bleeding market share to cheap Chinese imports for years. A couple of decades ago, Canadian manufacturers made more than half of the upholstered household furniture sold in this country; today, it’s less than 20 per cent. Palliser itself has shrunk from six Canadian manufacturing plants to just one, reducing its domestic production by about two-thirds. (Palliser does operate plants in Mexico to supply the U.S. market.)

Chinese manufacturers have become particularly aggressive in pursuing Canadian market share over the past few years, and have increasingly relied on undercutting domestic producers on cost to do so. And it’s not just a story of cheap labour; Chinese industrial supports have paved the way. The CBSA investigation identified 26 different Chinese government subsidy programs that benefit upholstered furniture manufacturers and exporters.

Mr. DeFehr cites just one example of subsidized input costs that give Chinese manufacturers an unfair advantage. TDI, the primary petrochemical used in the urethane foam filling for upholstered furniture, is 60 per cent cheaper in China than in the United States, even though it is produced in both countries using oil purchased at world prices. “With materials, they start off with a cost base that’s 40 to 60 per cent lower,” he said.

That is actually about the percentage range where Mr. DeFehr had expected the tariffs to land; 296 per cent was never on his mind. The numbers could well come down when the CBSA reaches its final determination, scheduled for early August; by then, the agency may have additional data from Chinese exporters that could lessen the blow.

Notably, the 296-per-cent tariff actually only applies to about 40 per cent of China’s supplies of these goods, reflecting Chinese exporters who opted not to participate in the CBSA’s investigation, and thus were assigned the largest anti-dumping and anti-subsidy tariffs from the companies that did co-operate and provide information to the CBSA. Among those exporters who did participate, the median of the individual tariffs assigned to each exporter was a much more modest 70 per cent. That figure could be more representative of where the CBSA’s final tariffs are headed.

Nevertheless, the tariff case represents a turning of the tide for Palliser, and Mr. DeFehr’s confidence in the business’s long-term viability in Canada. Whereas a few years ago he had been contemplating pulling up the company’s Canadian manufacturing stakes entirely, he’s now in negotiations with the Manitoba government to open a second Canadian plant next to the current Winnipeg facility. The expansion will increase Palliser’s capacity by 50 per cent, and add 300 to 400 jobs.

He believes the tariff victory may embolden other Canadian manufacturers to expand, too. It’s the sort of upside that he wants Canadian consumers to consider as they fret over the price of their made-in-China leather recliners.

“I empathize with consumers. But there are more stories than just ‘something got expensive,’ ” he said.

Editor’s note: An earlier version of this article included an incorrect title for Art DeFehr.

Huawei launches its own operating system on smartphones
June 2, 2021 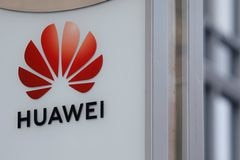 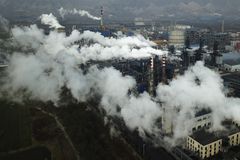 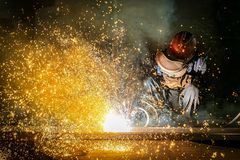