When New Brunswick announced plans to privatize Cannabis NB, the money-losing Crown corporation responsible for the distribution and sale of recreational pot in that province, Finance Minister Ernie Steeves offered an aphorism: “Government shouldn’t be in the business of business."

Ain’t that the truth. Grumbling about overpriced alcohol, and now cannabis, is practically a national pastime for Canadians. So one could be forgiven for thinking that New Brunswick is actually blazing a trail by promoting real competition in the cannabis market.

Sadly, putting consumers first isn’t the Canadian way. Turns out, New Brunswick plans to replace its government monopoly with a private one. Open markets be damned.

Although the proposed privatization is one of the country’s largest cannabis retail opportunities since legalization, it’s already shaping up to be a boon for illicit dealers and a blight for consumers eager to stay on the right side of the law.

It’s frustrating because Mr. Steeves has acknowledged that Cannabis NB failed because of high prices and its inability to undercut the black market. Even so, the province is opting for “a single private operator” to take over Cannabis NB’s operations.

Interested parties have until Jan. 10 to submit proposals, but there’s already been “significant private-sector interest." What business owner doesn’t dream of absolute pricing power in a monopoly market with a captive consumer base?

“Our government has chosen the single private operator model as it best balances the public protection and financial interest of the province," Mr. Steeves said in a statement to The Globe and Mail.

“From a regulatory perspective, New Brunswick will benefit from having a single point of contact. And to ensure we optimize economic benefit, proponents are being asked to explain their approach to forming partnerships with local businesses and licensed producers. Proposals will also be evaluated on their ability to deliver low cost, competitively priced products to customers.”

But there’s no guarantee that prices for legal products will actually decline postprivatization. Mr. Steeves has already ruled out regulating retail prices. The only so-called competition the new owner will face is from illegal dealers and dispensaries that already vastly outnumber Cannabis NB’s 20 stores.

“The plain fact is that the cost of legal marijuana is higher than the cost of black-market marijuana, and the quality of legal marijuana is not as good as the illegal product,” said Ian Blue, a lawyer with Gardiner Roberts LLP, who previously challenged New Brunswick’s monopoly on alcohol sales. “I do not know this from personal experience, but from what I have read and heard from people who are informed."

It’s still significantly cheaper to buy cannabis from illegal sources. The average price for a gram of legal marijuana in Canada was $10.23 during the third quarter, versus $5.59 a gram for illegal cannabis, according to Statistics Canada.

But lower prices are only a small part of New Brunswick’s calculus.

“At the end of the day, we want to ensure the asset offers the best value for the New Brunswick taxpayers,” Mr. Steeves said . “With this approach, New Brunswick will be in the enviable position of receiving both a guaranteed fixed payment for the rights to the market, along with continued revenue from excise tax, while transferring operational risk to the selected operator.”

The trouble is that taxpayers and consumers are the same people. Make no mistake, what happens in New Brunswick matters because other provincial distributors are also posting deep losses. So far, only Saskatchewan has privatized both wholesale and retail sales.

“Although it would be preferable if the government were willing to go to more of a free-market model, having one private company selling cannabis is definitely better than continuing with a money-losing Crown corporation,” said Kris Austin, leader of the People’s Alliance, a provincial opposition party, in a recent news release.

But why should consumers always be caught between the devil and the deep blue sea? New Brunswick should fully privatize cannabis sales and other provincial, territorial holdouts should follow suit.

Instead of clinging to paternalism, we should be pursing open markets across Canada. Ottawa needs to do its part by cutting federal taxes and streamlining marketing regulations.

Provinces and territories, meanwhile, should dismantle internal barriers that prevent the free trade of cannabis within Canada. Cannabis was excluded from the Canadian Free Trade Agreement that took effect in 2017.

So, let the private sector do business. It’s time for governments to get out of the way. 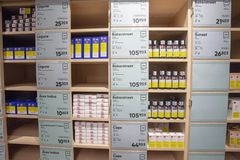 Opinion
Is the bloom fading from the cannabis sector?
October 29, 2019 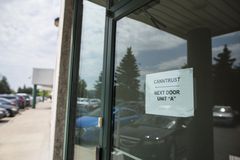 Opinion
After the Theranos failure, here’s how you look for clues to spot overhyped startups
September 20, 2019 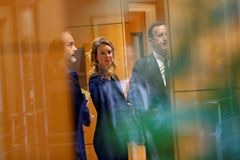