Michael Bourque is CEO of the Canadian Real Estate Association

There has been a lot of talk about housing lately: the impact of regulations such as the “stress test”; the effect on millennials; the level of household debt in Canada and its potential impact on our economy.

Over the past year, the Canadian Real Estate Association commissioned research into housing affordability. We looked at the attitudes of millennials – people between the ages of 18 and 38 – to determine if they shared previous generations’ yearning for home ownership. Recently, we expanded this group to include their parents and new Canadians.

We found out that the vast majority (85 per cent) of millennials and new Canadians want to own their own homes. Six in 10 feel “passionate” about it, which perhaps explains binge-watching of Property Brothers. The research, conducted by Abacus Research, confirmed what our members were seeing in the marketplace – younger people want to own their own homes. They are working hard, earning decent incomes and want to invest in themselves and their surroundings. New Canadians are arriving in our great country with big dreams: to live securely, prosper, raise and educate a family and grow roots here, which includes owning their own piece of Canada. The idea of renting for life does not appeal to either group.

It is against this backdrop that we find ourselves proposing responsible public policy that respects the concern for indebtedness shared by the Bank of Canada, the Office of the Superintendent of Financial Institutions (OSFI), the Department of Finance and others whose job it is to ensure the viability of our financial system.

OSFI introduced the “stress test” in January, 2018, which requires that home buyers who apply for a new federally insured mortgage be able to make their payments if interest rates rose two percentage points above the rate they would qualify for with their lending institution.

The stress test has had a cooling effect, with varying effects on each market. In Vancouver, sales are down 40 per cent from December, 2017. Today, the average price of a single-family home in Moncton is $183,100. Under the stress test, a newlywed couple with stable employment would need to save an additional $27,500 to qualify for their first mortgage there. Places such as Calgary and Regina are suffering from other economic shocks and a 20-per-cent downturn in real estate activity further affects residents.

Someone said recently that “household debt is the new sheriff in town” and we support those charged with ensuring the stability of the financial system. At the same time, we expect them to monitor these new regulations for effectiveness, and to ensure they are not hurting the very economy they are trying to protect.

So, what remedies are we promoting? We support raising the amortization period for insured loans to 30 years from 25 for first-time home buyers under 40. We would certainly be against any new regulations for underwriting as the market is still adjusting to the ones we have. On the stress test, CIBC economist Benjamin Tal has suggested that it be more dynamic, so that it is lowered as interest rates rise. These regulations have had a tremendous impact on housing markets and any changes should be done in a transparent manner – and policy-makers must address regional perceptions.

Government could also create incentives to reduce debt. Why not allow Canadians to choose between paying down their first mortgage by the same amount they would save for an RRSP and receive the same tax treatment? Given the choice between volatile stock markets and the guaranteed return of debt reduction, the choice is obvious. In our research, we tested specific ideas, including a dedicated tax-free savings account for first-time home buyers and increased tax credits for related expenses. Canadians would welcome these new measures and others that could encourage homeowners to reduce debt, using the tax code or other policies. Demand suppression is simply not enough.

That leads us to the other area governments can help – housing supply. The population is growing and government agencies such as Canada Mortgage and Housing Corp. have already acknowledged that the lack of housing supply is the root cause of pricing and demand problems.

More can be done to boost new-housing supply with levers that currently exist. Infrastructure investments by our federal government should include conditions that will result in new-housing construction. For example, it is not a requirement for cities such as Toronto to increase the density of their zoning along new transit lines funded in part by the federal government, even though it is development around subway stations that finances and supports the continued viability of mass transit. From creative use of federal resources and lands to the tax code, there are many ways Ottawa could contribute to new-housing supply for the middle class.

The dream of home ownership is alive and well. New Canadians and millennials clearly want in. So let’s talk about home ownership: how to build more housing while helping people reduce the debt they need to achieve their ambitions. 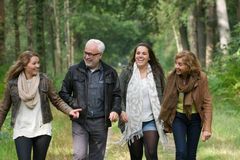 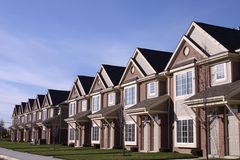 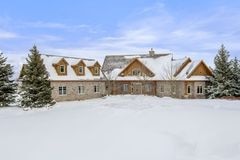