David Parkinson
Published May 10, 2021 Updated May 10, 2021
For Subscribers
Comments
Text Size
Please log in to listen to this story. Also available in French and Mandarin. Log In Create Free Account

Moya Greene has prescribed some harsh but absolutely necessary medicine for Newfoundland and Labrador’s severely ailing finances – maybe too harsh for the province’s government, and its voters, to swallow. But frankly, they no longer have much choice.

This might be the province’s last, best chance to save itself from financial disaster.

Ms. Greene, the former head of both Canada Post and Britain’s postal service, chairs the panel hand-picked by Premier Andrew Furey to come up with a plan to dig the province out of its deep debt hole and chart a course to economic prosperity. Last Thursday, the panel released its much-anticipated report – all 342 pages worth, containing 78 specific recommendations on everything from cost-cutting and tax increases to green initiatives, education reforms and seniors’ care. The executive summary alone is 67 pages long.

The critical heart of the report is a strong prescription for taming government deficit and debt. The panel lays out a plan for a 5-per-cent cut in core program spending, followed by a six-year spending freeze; agencies considered non-core would see even deeper cuts. It calls for renegotiation of contracts with public-sector unions, and converting public-sector pensions from defined benefit plans to defined contribution. It includes a list of tax increases which, while individually relatively small, add up to a nearly 10-per-cent jump in the government’s total tax bite.

The plan would cut funding to regional health care authorities by 25 per cent. It would slash funds to the province’s two public postsecondary institutions by 30 per cent.

Ambitious would be one word for it. Daunting would be another.

But Newfoundland and Labrador’s problems are more than a little daunting, too. The report calculates that the province’s direct and indirect debts, pension obligations and other financial exposures add up to more than $47-billion – or $215,000 for every household in the province. It has Canada’s oldest population, a shrinking labour force and the highest per capita government spending in the country. Its offshore oil sector, which in the past provided ample revenues for the government, faces a deeply uncertain future.

The proposed solutions were always going to be a mouthful of bitter pills to swallow, especially for a province that has a deep and long-standing addiction to big government. Maybe this was why the panel, conveniently, delayed its report until after March’s provincial election. Mr. Furey wouldn’t have been eager to campaign on this.

Frankly, even with the election behind him, he doesn’t sound eager.

“This is a series of recommendations; it’s not government policy,” Mr. Furey told reporters within hours of the report landing. “We’re lucky to have a report that has many solutions. We may not take them all. Of course we’re not going to take them all.”

“We said from the beginning that we wanted ideas. Ideas that were outside the status quo, that were outside the walls of the Confederation Building or the legislature. Ones that were unbiased and came with a different lens. That’s what we got,” he said. “I’m looking forward to really kinda getting down and seeing what’s palatable, and what’s not.”

The Premier’s immediate backpedalling raised the brow of Don Drummond, the Queen’s University economist who led a similar panel that examined Ontario’s finances nine years ago. The Drummond Report laid out a whopping 362 recommendations, and within two years, the government of Dalton McGuinty boasted that it had acted on more than 80 per cent of them. But ultimately, as time passed and leadership and then governing parties changed, the province never implemented the most critical and difficult proposals.

The lesson, Mr. Drummond says, is that the political will to act on the toughest measures, to the extent that it is there at all, doesn’t last long.

“It is a rare and sweet thing when the stars are aligned, and governments are interested in bold action and appear to have support of the electorate. One must strike then and there. Strike fast. Strike boldly,” Mr. Drummond said in an e-mail exchange.

“It will be hard. It will upset a lot of people. Civil servants. The electorate.”

If ever there was a time for some tough love in Newfoundland and Labrador, this is it.

Mr. Furey’s Liberals are just six weeks into a new four-year mandate, having gone from minority status to a majority in the March election. The Premier can go about dealing with this without a popularity contest hanging over his head for quite some time. It also comes near the end of a difficult recession, which, with any luck, means a few years of better economic times ahead.

And, frankly, Newfoundland and Labrador can’t kick its problems down the road much longer. Its severe debt woes have been exacerbated by the pandemic. If Mr. Furey stalls and takes half-measures, his province faces the very real prospect of hitting a debt wall within a few years. From there, it’s no great stretch to envision a federal government bailout, and a province thrown into a financial and constitutional crisis.

“This is not about me,” Mr. Furey said, quite rightly, at Thursday’s press conference. “You can hate on me all you want. But someone has to deal with this.” 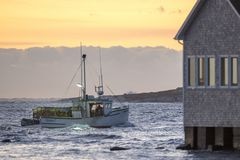 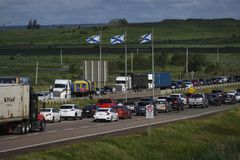