On July 6, the United States continued its trade war against China on an unprecedented scale, imposing 25-per-cent tariffs on US$34-billion worth of Chinese goods. On the same day, as a countermeasure, China hit back with 25-per-cent tariffs on US$34-billion worth of U.S. imports, and promptly filed a complaint with the World Trade Organization (WTO). On July 11, the United States further escalated by announcing a tariff list of Chinese products worth US$200-billion.

China never sought a trade war with the United States. From February to June, China engaged in four rounds of high-level economic talks with the United States, and both sides announced the China-U.S. Joint Statement on May 19, with a consensus reached on strengthening trade and economic co-operation and, hopefully, avoiding a trade war. However, the United States has gone back on that agreement, brazenly abandoned the bilateral consensus and unleashed a trade war. China has done its utmost to prevent the escalation of trade frictions, but, as with Canada and other countries, has been forced to fight back to defend its core national interests and the interests of its people.

The U.S.'s claim that China has an extra advantage through unfair trade practices is a distortion of facts. The United States argues as fact that it has a massive trade deficit with China, but this number has been overestimated. The main reason for the deficit does not lie on the Chinese side; rather, it is because the savings rate in the United States remains too low, the U.S. dollar serves as the international reserve currency and the two countries differ in industrial competitiveness and international division of labour. Besides, the United States imposes restrictions on the export of high tech products, a sector where it has a comparative advantage.

As CBS News has pointed out, when an iPhone assembled in China arrives in the United States, it is recorded as an import at its factory cost of about US$240, which is added to the U.S.-China trade deficit by the U.S. Department of Commerce. China, however, earns just about US$8.46, or 3.6 per cent of the total factory cost in the transaction, while most of the profits go straight to the coffers of Apple Inc. and high-tech enterprises of other countries on relevant industrial supply chains. What China gets in the process is only a bit of hard-earned money.

According to a report by the Centre for Economic Policy Research, the U.S.-China trade deficit is at least 40 per cent smaller when measured on a value-added basis, and would be even further diminished if the tens of billions of U.S. dollars worth of U.S. service trade surplus with China were calculated.

The United States has further accused China of so-called “theft of intellectual property” and “forced technology transfer,” charges which are pointless and groundless. The Chinese government has already put in place a fully fledged legal system to protect intellectual property rights (IPR), allowed the judicial system to play a leading role in IPR protection, and promoted the establishment of IPR courts and dedicated IPR tribunals. In 2017, China paid US$28.6-billion worth of IPR royalty, a 15-fold increase from 2001, when it joined the WTO. China does not have laws and policies that compel foreign companies to transfer technology to Chinese companies when investing in China. As for western companies investing in the country, and engaging in technological cooperation and technology transfers with Chinese companies, these are market behaviours. One is willing to buy, and the other is willing to sell, which is beneficial to both sides.

Under the pretext of “America first,” the United States has not only initiated the Section 301 investigation against China based on IPR, but has also launched Section 232 investigations against key global economies on the grounds of national security, and created trade frictions in steel, aluminum, automobile and other key industries. At present, many WTO members have already taken countermeasures against the United States and have requested consultations with the U.S. under the WTO dispute settlement mechanism. It is fair to say that the United States is not just waging a trade war against China, but against the rest of the world as well. The U.S.'s aggression will seriously worsen the global economic and trade environment, destroy global industrial chains, hinder the global economic recovery, trigger global market fluctuations and hurt the interests of many multinational companies and customers.

China will continue to press ahead with trade reform and opening up its markets, and work with the rest of the world to uphold free trade and the multilateral trading system. At the Boao Forum for Asia Annual Conference in April, Chinese President Xi Jinping announced four major initiatives to further open the Chinese market. Subsequently, the Chinese government introduced specific measures, including drastically reducing tariffs on a range of imported goods. For example, we relaxed the equity cap on automobiles foreign investment, thanks to which a wholly owned electric-vehicle factory with an annual production of 500,000 units will be built by Tesla in Shanghai. And we also announced reforms to attract great foreign investment.

In Chinese, the word “crisis” is composed of two characters respectively signifying “danger” and “opportunity,” meaning “out of danger comes opportunity.” Both China and Canada are suffering enormous harm from the trade war imposed by the United States, but there are tremendous opportunities to strengthen co-operation between the two countries. China is willing to work together with Canada to further open our respective markets to each other, speak with one voice in the international arena, uphold the multilateral trading system and oppose acts of unilateralism, in a bid to safeguard the common interests of human development and prosperity. 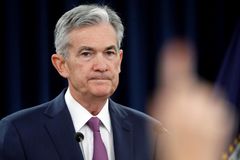 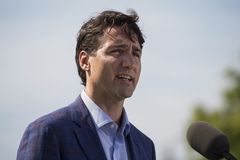