It’s good to be Norwegian. Being Norwegian means you can get rich off oil yet afford lavish spending on sustainability projects, such as stuffing an electric vehicle into every driveway, allowing you to greenwash your dirty soul.

Hypocrisy, indeed, was the unofficial national policy, and it endured for decades.

Monday’s election changed the Norwegian zeitgeist. For the first time, climate issues dominated an election, along with inequality. Each of the main parties and most of the lesser ones agreed that climate change is real and dangerous, and that Norway, as Western Europe’s biggest oil and gas producer, has to clean up its act or forfeit its right to label itself a climate leader.

All of the “environmental” parties made some gains in the election, and the new government is now expected to make good on its commitment to protect 30 per cent of Norway’s land and sea by 2030 (the European Union and Canada have similar goals). The big debate centres on the date after which no more oil and gas exploration will be tolerated.

The election saw the long-ruling, pro-oil Conservatives, under Prime Minister Erna Solberg, lose their command of parliament. Voters embraced the opposition Labour Party, which on Tuesday began coalition talks to form a government under Jonas Gahr Store, the wealthy son of a ship broker and a former foreign minister. Labour’s likely allies are the Centre Party and the Socialist Left Party, and may include the Greens, who won just three seats in the 169-seat parliament, a dispiriting performance for them.

The Norwegian oil and gas industry isn’t exactly shaking in its boots. None of the parties likely to form the next government is calling for a quick end to fossil fuel exploration in the North Sea and Arctic. Only the Greens want an exploration moratorium, but their position will be irrelevant if they don’t make it into the governing coalition.

Still, there is a sense that Norway is about to get more serious about its transition to a net-zero economy and that the fossil fuel industry will play an ever-smaller role in propping up the economy. Norway’s era as a one-product wonder may end a bit sooner than expected, even if oil will continue to play a key role in the next decade or so. The election’s focus on climate said as much.

Norway is fossil fuel central. The country produces the equivalent of four million barrels of oil a day, accounting for about 40 per cent of export revenue. The oil industry represents 14 per cent of gross domestic product and has created 160,000 direct jobs. Norway’s oil-fuelled sovereign wealth fund is valued at about US$1.3-trillion, making it the biggest of its kind and an embarrassment for Alberta, whose wealth fund equivalent is worth a mere $18.3-billion (Norway’s population is 5.4 million, just one million more than Alberta’s).

Norway’s oil riches have fuelled a sense of national guilt as climate change evolves from global concern to global crisis – and a hot-button election issue in several countries. The Norwegian election might have been another dull-a-thon were it not for a series of recent climate reports and catastrophes that convinced voters that global warming is a potential existential threat.

In May, the International Energy Agency, which has spent much of its history giving comfort to Big Oil, said new oil, gas and coal developments must stop this year if the goal of net-zero emissions is to be met by 2050. The report caught Norway’s attention, as did the landmark study on global warming by the Intergovernmental Panel on Climate Change (IPCC), which was published in August. United Nations Secretary-General Antonio Guterres called it “a code red for humanity.”

On Tuesday, the BBC reported the number of extremely hot days, when the temperature reaches 50 C, has doubled since the 1980s.

Add in all the wildfires and floods in parts of Europe, and the unusually hot summer, and climate was elevated to a central role in Norway’s election. The country is likely to unleash a new wave of spending on projects such as completing the electric-vehicle rollout – two-thirds of its new car sales are EVs – promoting hydrogen power and carbon capture and storage, building more wind power and making cities more pedestrian-friendly. Restrictions on new oil exploration are likely to be implemented, even if they will fall short of outright bans.

The Norwegian election might be a foretaste of elections to come as the planet heats up. The election result – the swing to the left partly propelled by heightened environmental awareness – signalled climate issues are entering the political mainstream, at least in Western Europe, and are less divisive than they used to be. Canada is not quite there yet, but give it time.

Wealthy Norway has the luxury of knowing that throwing fortunes at reducing emissions won’t hurt the economy, as it might in some other countries. Cries of hypocrisy as the oil revenue continues to fill Norwegian state bank accounts will not disappear any time soon. But give that time, too. 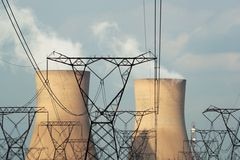 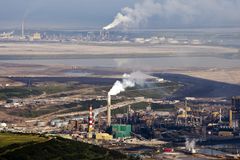