There are two ways to deal with the sudden chill in Canada-China relations.

Businesses can put investments on ice, avoid travel to China and rethink their longer-term plans in the country.

Or they can proceed with business as usual, assuming the current rough patch will eventually pass – as have previous episodes of strained relations between the two countries.

Unfortunately, many players seem to be embracing Option A after the early December arrest in Vancouver of Huawei executive Meng Wanzhou.

Luxury parka maker Canada Goose abruptly postponed the opening of a store in Beijing – its first store in mainland China. The company cited construction issues, but analysts suggested the decision has more to do with a social media-driven boycott of its products in China.

Destination Canada, a federal Crown corporation that markets this country as a tourism destination, recently suspended all advertising in China. Spokeswoman Denyse Waissbluth said the agency made the decision to “mitigate any risk towards Canada’s tourism brand” amid anti-Canada “disruption and chatter on social media.” She added that spending would resume in 2019, presumably when the controversy has died down.

There is anecdotal evidence that Chinese companies are also rethinking investment plans in Canada. Flavio Volpe, president of the Automotive Parts Manufacturers’ Association of Canada, told CBC News recently that several Chinese auto makers have put investments on hold in Canada specifically because of the Huawei case. “They’ve explicitly brought that up,” he said.

The Chinese government has made its point with the apparent retaliatory detention of at least two Canadians in China. Beijing is not happy the U.S. used Canada to get at Huawei over alleged fraud related to violations of Iran sanction laws. We get that. Now, let’s move on.

Retreating from China is short-sighted. The obvious message of the past year is that we need to reduce our unhealthy reliance on the U.S. market. And it’s hard to imagine doing that without engaging with China, the world’s second largest economy. In spite of the controversy, Canada will eventually need to deepen its economic ties and work toward more advantageous trade rules in China – either on our own, or working through the World Trade Organization.

It also means continuing to flood the Chinese market with pretty images of the Northern Lights, the Rockies and Niagara Falls.

Getting the message out means continuing to talk, communicate and sell Canada to the Chinese at every opportunity.

Arguably, there has never been a better time to explain Canada to the Chinese. That includes reinforcing to the Chinese that Ms. Meng’s case is being handled by the rule of law, not political considerations, and that Canada will not tolerate state-sponsored hacking of corporate and government computer systems.

Working with the private sector, the Canadian government should be ramping up its tourism promotion in China.

Withdrawing from business dealings, on the other hand, reinforces the Chinese perception that Ms. Weng’s arrest was political.

For Ottawa, it will also mean deftly handling what will be a political decision – whether to ban Huawei technology from the building of 5G mobile networks. Three of the so-called Five Eyes allies – the United States, Australia and New Zealand – have already barred or severely limited the use of Huawei equipment in their networks over cybersecurity concerns and have been pressing Canada and Britain to do the same.

Ottawa would be wise to rag the puck on a final decision for as long as possible, at least until there is greater clarity over the fate of Ms. Meng’s extradition case.

Chinese products and services are already deeply integrated into Canadian supply chains. And China is a key market for Canadian natural resources, including lumber, pulp, canola and coal, as well as services and luxury goods, such as Canada Goose parkas. China is also a growing source of foreign direct investment for Canada, reaching $16.4-billion in 2017.

Retreat would hurt Canada more than China. A record 682,000 Chinese visitors came to Canada last year, injecting more than $1.6-billion into this country’s tourism industry. And every fall, tens of thousands new Chinese students enroll at Canadian colleges and universities.

Opinion
Ottawa, put your investments in innovation and technology
December 12, 2018 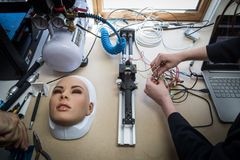 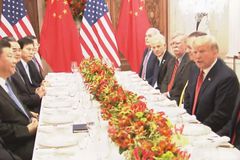 Opinion
Why Canada should be the home of ecologically-responsible natural resources
December 11, 2018 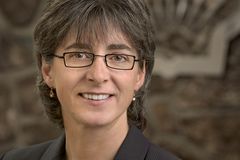