Access to credit is crucial to the energy industry’s survival in the time of COVID-19. As companies await a rescue package from Ottawa, a big question is how to deliver it without creating other troubles.

Following weeks of intense talks between the industry and governments, a multibillion-dollar package of support is expected imminently. Industry officials have suggested ways to help banks and other lenders to energy companies offer leniency on debt terms as markets skid owing to a price war between Saudi Arabia and Russia, and the destruction of energy demand globally due to the COVID-19 crisis.

Executives have said they require aid with both liquidity and costs through a painful time in which cash flow has slowed to a trickle. At stake are thousands of jobs in exploration and production as well as oil field services. Bond-rating agencies emphasized the trouble in reports on Thursday, saying the credit situation will likely worsen.

West Texas Intermediate crude has tumbled 60 per cent since the start of the year to settle on Thursday at US$22.60 a barrel. Western Canada Select heavy oil was priced at US$6.10 a barrel, a new low and a level that is far below any company’s ability to operate in the black. Indeed, it has tumbled to about the price of a large latte.

So what’s on tap for an aid package? Under one industry proposal, Ottawa could provide a credit backstop for banks that lend to the sector, rather than direct loans. Such an arrangement would recognize each company’s varied needs, debt structure and lending syndicate, and could be done through federal Crown corporations such as Business Development Bank of Canada and Export Development Canada.

This could prevent banks from pulling or reducing lines of credit to energy and oil field service companies when they are needed the most, and when many are at risk of breaching covenants, said Victor Vallance, senior vice-president of energy at DBRS Morningstar, the bond-rating agency.

“You could offer interest-free loans, but that could end up triggering covenants on credit facilities and maybe some of the other debt instruments out there. It is complicated," he said.

Finance Minister Bill Morneau said on Wednesday that details of a package could be announced in “hours, potentially days.” He has talked about support to bridge the industry through the crisis as well as funding to clean up and reclaim aging oil and gas wells as a way to protect jobs.

Another industry suggestion is providing funding to help companies remove liabilities tied to future well cleanup from their balance sheets. Banks currently factor such obligations into borrowers’ credit capacity, a situation that has become more prominent since the Supreme Court of Canada ruled any money left over in an insolvency must first go to environmental requirements.

Emphasizing the predicament, DBRS and Moody’s Investors Service issued reports warning of worsening credit as the economic crisis threatens to drag on.

“The primary risk is we get a prolonged downturn in pricing, because this COVID-19 continues to be dealt with over the long term. It doesn’t take a month or two, it takes five, six months or longer,” Mr. Vallance said. “We’ve seen, right now, the demand for crude oil and petroleum products has fallen off a cliff. On top of that has been the breakup of the OPEC-plus alliance, which adds more problems.”

The industry has less flexibility in what spending it can cut than it did during the last price collapse 2014-16, DBRS said. Indeed, it emerged from that era as a group of more efficient operations, it said.

In a report this week titled A Breach in the Levee? Bank of Nova Scotia weighed the risks of exploration and production companies breaching debt covenants should crude prices remain depressed this year and next. Small- and mid-size oil producers such as Baytex Energy Corp., Bonavista Petroleum Corp., Delphi Energy Corp. and Paramount Resources Ltd. are the most vulnerable. The reasons vary – from exposure to depressed heavy oil prices to approaching debt maturities to worsening debt-to-cash flow ratios.

Among the best positioned for the times are Advantage Oil & Gas Ltd., ARC Resources Ltd., Birchcliff Energy Ltd., PrairieSky Royalty Ltd. and Tourmaline Oil Corp. – companies whose output is more natural gas than oil, or which provide lands for other producers.

Canadian companies have already reined in costs at their disposal, including slashing about $6-billion of capital spending plans and reducing dividends. Scotia said future moves will include cutting overhead costs and laying off staff. 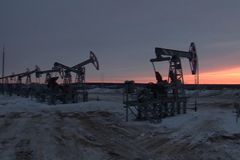 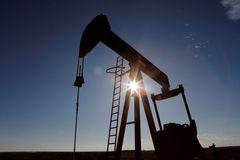 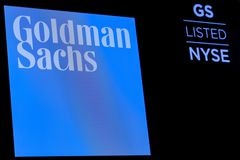