Seventy-five years ago this week, with the smoke from D-Day still hanging in the air, representatives of the Allies’ key economic powers emerged from the opulent Mount Washington Hotel in the mountain retreat of Bretton Woods, N.H., with the blueprint for one of the most daring economic experiments in history. They had done nothing less than invent a new world economic order. They had given birth to globalization.

The Bretton Woods conference, as it is commonly known, sought to create a new set of multilateral institutions that would rebuild the global economy from the ashes of the Great Depression and the Second World War. Its architects saw economic co-operation as the route to a lasting peace that had eluded the world through decades of disastrous economic aggression and beggar-thy-neighbour policies, punctuated by financial collapse and two world wars.

The creations that resulted – the International Monetary Fund to police the monetary system, the World Bank to fund development, and (eventually) the General Agreement on Tariffs and Trade (an early predecessor to the World Trade Organization) – have served as the pillars of the global economic system for three-quarters of a century of, largely, peace and prosperity. The era has seen sweeping reductions in tariffs, massive growth in trade flows, rapid development of emerging economies. The world’s economy has become more shared, more co-operative, more integrated – in short, it has become a truly global economy.

But as Bretton Woods turns 75, you have to wonder whether the era of multilateralism that it spawned is approaching its end. It is certainly under threat. And ironically, the two chief architects of Bretton Woods – the United States and Britain – have emerged as the most conspicuous opponents of the Bretton Woods institutions and economic way of life.

In the U.S. – whose place as the world’s financial superpower was cemented by Bretton Woods – President Donald Trump is at best ambivalent and at worst hostile to the multilateralism that the country was instrumental in launching. The Trump administration has openly questioned continued participation in international agreements and institutions. It has brought the WTO to a standstill by blocking the appointment of judges to the trade organization’s dispute-settlement body. It is waging a trade war against its biggest economic rival, China, and brandishing the threat of tariffs at friends and enemies alike.

But what is going on in Britain, while not as directly aimed at the Bretton Woods institutions, may be even more grave. In pursuing an exit from the European Union, Britain is retreating from much more than a free-trade agreement. It is turning its back on perhaps the most important peace-fostering alliance that emerged on the global stage set by Bretton Woods: an economic union of a continent that had previously been unified only by mutual distrust and a common thirst for war.

The British and U.S. policy turns reflect a view – perhaps most outwardly articulated in those two countries, but certainly not unique to them – that globalization has gone too far, has inflicted too much damage on too many innocent victims, that multilateral institutions have run roughshod over national sovereignty. This mood is manifesting itself in a growing cloud of trade protectionism that many prominent economic agencies around the world – from the Bank of Canada and the European Central Bank, to the Organization for Economic Co-operation and Development, to the IMF and World Bank themselves – now cite as the biggest threat to the world’s economic future.

Has the Bretton Woods world order been perfect? Certainly not. The financial crisis of 2008-09, as well as the slow and often painful recovery of the global economy in the decade since, exposed some serious cracks in the foundations. A generation of globalization left the world’s financial system vulnerable to international contagion. Free trade has triggered an exodus of manufacturing jobs that had once been the bedrock of advanced-economy communities. The Bretton Woods institutions haven’t been able to prevent sovereign debt crises, or a creeping return of competitive devaluation and currency manipulation, or the alarming growth of non-tariff trade barriers.

But consider what has been achieved under the institutions and rules-based multilateral co-operation that emerged from Bretton Woods.

In 1950, the share of the world’s population living in extreme poverty was more than 70 per cent; today, it’s less than 10 per cent. Per capital real gross domestic product – i.e. economic output per person – has roughly tripled over that time. Global trade volumes have increased 30-fold.

Most importantly, we have lived for 75 years in a world with blessedly little warfare. After a quarter-century in which the world’s economic and geopolitical differences devolved into two world wars, we have gone three-quarters of a century without military conflict among the world’s military and economic powers. The contributions of the Bretton Woods global structure to this era of peace and prosperity cannot be overstated.

As international co-operation and the Bretton Woods status quo come under increasing question, it’s critical to remember that Bretton Woods was intended as a blueprint for peace, as much as it was an economic framework. Whatever warts a rules-based, multilateral economic order might have, we’ve seen the alternative – and it looked much, much worse.

“Humankind had learned through the direct experience of horror and hardship ... that the narrow pursuit of national self-interest, the law of the jungle, led to nothing but carnage and poverty,” Foreign Affairs Minister Chrystia Freeland said in a major speech on foreign policy to the House of Commons in 2017.

Still, the current challenges to the multilateral world order are a strong signal that the Bretton Woods institutions need to reform in response to a fast-changing global economy, if they are to survive to serve future generations as well as they have past ones.

“Those institutions – like any – must evolve in response to changes in their environment. If they do, they can remain relevant," said James Haley, senior fellow at the Centre for International Governance Innovation and a former IMF executive director, in a CIGI-published paper last week.

"If, however, they fail to adjust, they risk irrelevancy and being relegated to the dustbin of history.” 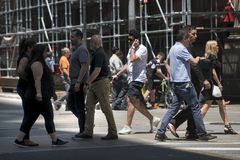 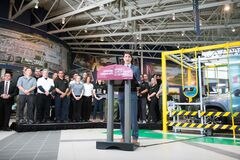 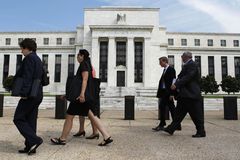