David McLaughlin is a former Conservative chief of staff and campaign strategist. He now works at the International Institute for Sustainable Development.

If Ontario ends up with Premier Doug Ford, the province actually gets Premier Patrick Brown, at least when it comes to policies on climate change and carbon pricing.

That’s what happens if Mr. Ford wins this week’s election and follows through on his promise to scrap the Liberal government’s cap-and-trade system for reducing carbon emissions. With no equivalent plan by the Progressive Conservative Party Leader yet – or maybe ever – to tackle climate change, the federal government will be required to step in and impose its “backstop“ carbon tax under the Pan-Canadian Framework on Clean Growth and Climate Change.

If that sounds familiar, that is what the former PC leader served up in his People’s Guarantee platform. Only, Mr. Brown would have accepted Ottawa’s rising carbon tax of $50 a tonne and returned the money in the form of tax cuts to Ontarians.

Although no longer PC policy under Mr. Ford, Ontario is still guaranteed serious uncertainty in climate policy ahead. Unravelling Ontario’s current cap-and-trade regime will be costly and complicated – for business and taxpayers.

Ontario companies have already committed more than $2.8-billion in emission trading allowances through seven different auctions. Another nine are scheduled to the first compliance period ending December, 2020. These have real value to the approximately 150 large industrial emitters who bought them – until cap-and-trade is gone. Unless the companies can redeem them, that value will disappear.

It is not at all evident that Ontario’s partner in the cap-and-trade regime – California and Quebec – would agree to a dumping of trading allowances by Ontario companies. That would lower the price and value of the credits for everyone, causing millions of dollars in losses to individual Ontario companies forced to sell at a discount.

And it would also “bust the cap” on emission levels to which they are tied, leading to higher – not lower – emissions. California for sure, and maybe even Quebec, would take Ontario to court before agreeing to this.

That puts the onus on government to step into the breach and keep companies whole. Mr. Brown’s People’s Guarantee recognized this, stating they would “ensure businesses are not made worse off from the transition from cap-and-trade to a carbon price.” He made an initial budget allocation of $1.5-billion for this, recognizing a cost exists.

Mr. Ford has made no similar commitment to date. But it will be hard to avoid.

One of the reasons is that an economy-wide federal carbon tax would actually be more expensive for companies compared with the existing cap-and-trade system, with a carbon price of more than double what it is now.

Just as the federal government has stepped in to buy the Trans Mountain pipeline, Ontario would find itself in a similar mess. Political uncertainty has a cost, both for energy projects and climate-change action.

Business in Ontario has been remarkably silent on what’s at stake here. Perhaps they do not believe either a new Ford government or the federal Trudeau government will actually follow through with their clashing climate threats. Maybe they expect taxpayers will, in the end, just quietly pick up the tab. Or better still, the Supreme Court will make it all go away.

These are pricey misapprehensions.

Mr. Ford has been campaigning on making Ontario “Open for Business.” That should apply to climate and carbon policy. If he insists on ending cap-and-trade, here are two things he should do for business:

First, give business a sufficient transition time to wind down cap-and-trade. The first compliance period ends December, 2020. No change until then makes sense.

Second, use this period to bring in an actual alternative. Transition to an output-based carbon competitiveness regime for larger industrial emitters, part of the federal backstop, but emerging also in Alberta, Saskatchewan and Manitoba. This approach creates incentives to reduce emissions through improved carbon performance, not lower production or investment.

Each of these measures would reduce Ontario’s carbon exposure for business, as well as to taxpayers.

Uploading climate policy to the federal government may make for easy politics but will be hard on business.

The day before Mr. Ford doubled-down on his pledge to pull out of cap-and-trade, Ontario’s latest cap-and-trade auction was just commencing. The cost of fulfilling that pledge was rising even as he strode toward the podium. 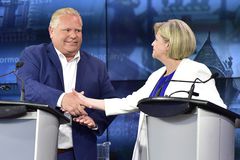 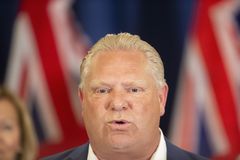 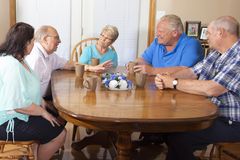