Ontario’s electricity system plays a decisive role in the province’s politics. We saw the policy choices of the previous Liberal government bear themselves out in the recent election – a story we have seen in many previous elections. As a province, we tend to look at the policy area through a rather narrow lens, focusing on the particular whims and choices of the government of the day and how they impact prices. But Ontario’s new government has an opportunity to move beyond these incremental decisions, to allow market forces to truly determine the future of our system and put real, sustained downward pressure on electricity prices.

After decades of successive meddling, and at the long-time insistence of the technocrat class, Ontario could well be on track to reforming the wholesale electricity market and implementing a competitive capacity auction. Auctions are used in neighbouring U.S. jurisdictions to put an end to directives from politicians and policy makers in how electrons are generated. Instead, they simply allow the market operator (in Ontario’s case, the Independent Electricity System Operator) to issue a call for bids on a specific amount of new power needed – and the cheapest source wins. No more tinkering or social engineering by ideologues or populists, for better or worse. And it’s perhaps the only sure-fire bet to ensure future procurements or price mechanisms don’t saddle us all with overpriced energy and higher hydro bills.

A capacity market will put an end to government edicts and contracts, an end to Liberal governments making sole-sourced agreements with global green firms or smoothing out system debt to try and win an election. It will put an end to the practice of past Tory governments freezing prices, permitting brownouts to plague our economy and locking into expensive 40-year contracts with non-utility generators. In fact, the estimated benefits to Ontario electricity consumers are upward of $5.2-billion over the next decade.

To be clear, capacity markets don’t mean forgoing innovation in green power or a return to dirty coal plants. We can continue to outlaw coal-fired electricity generation (as Ontario currently has done), and there is no reason to believe that carbon-intensive generation sources would beat out solar and wind for the lowest price, anyway. In fact, wind, solar and energy-storage projects have plummeted in price per megawatt in recent years, and will play an essential role in creating and using power within the local communities of tomorrow.

But a capacity market will mean getting the politics and politicians out of power planning. Allowing elected officials to plan the electricity supply mix is like to asking the Minister of Health to perform surgery. Energy is the only portfolio in which governments have marched so far into the day-to-day weeds, it has become almost too difficult to find a way out. Pulling back and allowing market forces to determine the future supply mix and grid evolution is bold, and will take courage. To be clear, this involves asking politicians to lay down an enormous area of provincial control in everyday lives in a policy area emphatically at the core of the Ontario ethos, our province being one of the first jurisdictions in the world to light our streets with electricity. Policy control in electricity matters, providing our leaders a lever on an issue we all care about deeply, at the end of the day has fuelled economic prosperity, but at great cost. Moving to a capacity market will provide efficient means for further, greater future prosperity.

Showy acts such as firing the chief executive of Hydro One or shuffling the leadership at provincially owned electricity agencies and regulators can be early political victories for a government that promised hard, fast change. But establishing a system for the long term is far more difficult. By committing to market reform and a capacity auction, a model used well throughout U.S. jurisdictions with lower electricity prices, we can place politicians out of the way of innovation and tie their hands on price controls or further tinkering.

Ontario’s new Energy Minister, Greg Rickford, has a choice on his hands: Will he prefer market forces in Ontario’s electricity system, or will he favour continued government tinkering? The choice perhaps isn’t quite so binary – but the lessons of past government interventions in the system tell us that his choice will largely divide this way, and regardless of his pick, the consequences could be important to our next provincial election – approximately 1,400 days from now. 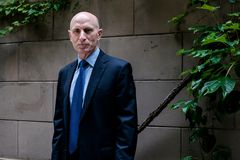