Behold the latest front in the endless federal-provincial war over carbon pricing.

With Premier Scott Moe trying to advance a new, made-in-Saskatchewan levy on fossil fuels to replace the federal system currently applied in that province, Environment Minister Jonathan Wilkinson announced at the start of this week that Ottawa wouldn’t accept any such proposals for the time being. And almost immediately, it was held up as the latest evidence of federal climate policy treating the Prairies unfairly.

The underlying implication is that the Liberals are applying a double standard, and their critics have a point. In fact, if Ottawa were looking for a way to reignite Western opposition to its climate strategy, it couldn’t do much better.

Mr. Trudeau’s government previously gave other provinces considerable flexibility in what pricing models suffice to avoid the federal carbon tax. This spring, Saskatchewan – one of the provinces that mounted an unsuccessful legal challenge to the federal policy – submitted a proposal that includes collecting a carbon tax at the same rate as the federal one, albeit possibly with a big asterisk. The federal response that no more equivalency agreements will be granted until 2023 at the earliest, as Ottawa revises its criteria for judging them, practically screams unfairness.

But the Liberals are also right not to just leap at any new signs of provincial compromise on this file to avoid making a mockery of the pricing policy at the centre of their strategy to reduce Canada’s greenhouse gas emissions. Instead, in the interest of both the system’s integrity and cross-country equity, they should unreservedly acknowledge that they have given too much leeway to other provinces, and move swiftly to correct that.

The most dangerous precedents on this file, which the Liberals are likely most worried about, were with New Brunswick and Prince Edward Island.

The federal government struck agreements with them, in 2018 and 2019, to impose their own carbon taxes. The catch, which Ottawa chose to overlook, was that those governments simultaneously cut provincial gas taxes, making the effect on drivers negligible.

It’s pretty clear why the Liberals were willing to accept that arrangement, particularly with New Brunswick. Premier Blaine Higgs initially lined up with his right-leaning counterparts in other provinces in challenging the federal carbon-pricing requirement. Reaching any deal with him took a little wind out of that opposition’s sails.

But policy-wise, it was a Pyrrhic victory. The point of a carbon tax is to encourage less use of fossil fuels by raising their cost relative to everything else. Unlike putting carbon-tax revenues toward an income-tax cut or an annual rebate of the sort Ottawa provides, a tax cut directly correlated to fuel consumption negates the incentive for behavioural change.

On their own, the carbon-pricing systems of two small provinces accounting for less than 3 per cent of the population weren’t going to make or break Canada’s emissions targets. But it would be a different story if other provinces followed their lead. And especially so if, unlike the Atlantic governments’ current plans, those other ones kept increasing the point-of-sale rebates to match Ottawa’s mandated carbon-price increases.

Saskatchewan is the first province to at least potentially pose that threat. After the Supreme Court of Canada upheld the federal policy in March, Mr. Moe explicitly invoked New Brunswick’s approach when saying his government planned to bring in its own system. His submission to Ottawa didn’t say anything about what would be done with the revenues, but coming from a premier who had vigorously opposed carbon pricing, it was curiously agreeable to matching federal rates going forward. It doesn’t require a vivid imagination to figure what the other side of the equation could be.

Nor is it far-fetched to imagine that if Saskatchewan were able to implement carbon pricing with point-of-sale rebates, bigger provinces that were alongside it in the legal challenge – Alberta and Ontario – could too. At that point, the mechanism to which Mr. Trudeau has staked his climate credibility would be a joke.

So now, having opened the door to that possibility, the Liberals are promising to do what they should have done before: establish more rigorous and consistent criteria for what will avoid the federal backstop. (That applies as well to the separate carbon-pricing system for large industrial emitters, where the federal government’s wish to prove itself collaborative caused it to approve some provincial plans – especially in Ontario, and New Brunswick again – that are much laxer than others.)

Unfortunately, it’s too late for Ottawa to avoid looking like it’s spoiling for a fight with certain provinces more than others. The development of a clearer framework, and the moratorium on new federal-provincial pricing until then, is being presented as a companion to Canada’s formal submission of its new emissions-reduction goals (40 to 45 per cent by 2030) to the United Nations, which also happened at the start of this week. But the timing makes it appear triggered by a Western province trying to get the same deal as Atlantic ones.

A way to minimize the fallout would be to accelerate the process of setting the new rules. Ideally, a heretofore recalcitrant province such as Saskatchewan, now expressing interest in reaching an agreement, shouldn’t have to wait at least a year and a half for talks to begin. And the sooner New Brunswick and PEI are brought in line with everyone else, if that’s what new criteria dictate, the better from a fairness perspective.

More immediately, the Liberals should publicly and unreservedly acknowledge that they made mistakes in their previous zeal to forge national consensus, while explaining what’s changed in their thinking.

It’s a bit of a mess already. It could become a much bigger one if left to fester, absent a willingness by the Liberals to clearly communicate why and how they’re cleaning it up. 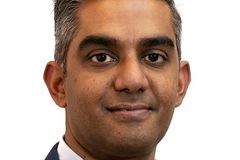 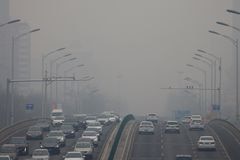 Opinion
Can you end global warming while getting richer? Yes – just not in Canada
Subscriber content
June 18, 2021 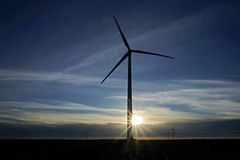