David Dodge, former deputy minister of finance and governor of the Bank of Canada, is senior adviser with Bennett Jones LLP. The Public Policy Forum is publishing a major paper by him this week on the required policies for Canada to get its post-COVID-19 economy on track.

Canada must come to grips not just with a massive fiscal shortfall ($343-billion and counting) but also with a second deficit that speaks to continuing economic weaknesses we can no longer tolerate.

The current account, the sum of our trading and investment relationship with the rest of the world, has been in deficit for 11 consecutive years, a situation made more serious in a highly indebted post-COVID world. One problem cannot be addressed in isolation from the other.

To avoid future spending cuts or tax hikes or both of the 1990s variety, we must move quickly to tame these twin deficits. That will require directing much of today’s government borrowing to raising future productive capacity – and therefore growth – and not just supporting present-day consumption.

The 21st century began well for Canada. The 1990s fiscal turnaround proved durable as our debt-to-GDP ratio fell steadily. We were running a current account surplus with the world on the backs of strong demand and good prices for our exports and net inflows of foreign direct investment. As a result, jobs and income were on the rise, along with opportunity.

Over the past decade, the situation soon began deteriorating. Although the real incomes of Canadians and the public programs they cherish ultimately depend on the value of the goods and services (GDP) that workers and businesses produce and sell, in recent years we’ve been investing, producing and exporting less. Non-energy exports, particularly manufacturing, never recovered after the Great Recession of 2007-09.

Our auto trade now delivers a $22-billion deficit. Practically the only bright spot in the Canada story has been energy exports, which contributed $76-billion to the positive side of the ledger last year, covering net consumer imports ($55-billion), travel services ($11-billion) and half those autos. About 90 per cent of that $76-billion came from the beleaguered oil and gas industries. Without this net surplus we would lack the revenue necessary to decarbonize production and develop replacement exports.

Canada’s brand is tarnished; in the face of regulatory uncertainties, we are no longer seen as a great place to invest. Even Canadian businesses are increasingly looking beyond our borders. By the end of 2019, Canadian direct investment assets abroad outweighed foreign direct investment into Canada by $804-billion, almost all of that built up since 2012.

Then there’s the effect of borrowing. In the wake of COVID-19, households and businesses – not just governments – will have much more debt to service. Because not all our borrowing is sourced domestically, last year $47.3-billion left the country to service debt securities held by non-Canadians. With Canada’s public debts set to almost double by 2022, the current account deficit will worsen over time.

Right now, confidence in Canada is intact. But confidence, as I witnessed firsthand as deputy minister of finance in the 1990s, can evaporate pretty quickly. Suddenly, investors seek greater assurance to cover our debts. That puts downward pressure on the dollar – making both direct investment and consumer goods more expensive – and raises the risk premium on our interest payments, something we can ill-afford. When confidence waned in the mid-1990s, the rising risk premium added $4-billion in interest costs in a single year, squeezing out better spending.

So how do we avoid such an eventuality? The answer – the only answer to our twin deficits – is to take measures to accelerate economic growth by increasing export earnings and re-attracting productive investment. Governments can help by creating a more hospitable climate for investment and by investing themselves in productivity enhancing physical and human capital.

A lot of people are asking whether we can manage our ballooning budget deficit. The answer is yes we can, if we act prudently. How so? We need to ensure our growth rate (which determines government revenue) remains higher than interest rates – the critical G-R equation. Interest rates have been running about one percentage point below growth so far this century, and, assuming no sudden loss of confidence, should continue to do so. This is dramatically different from the 1990s, when government borrowing costs exceeded revenue growth by about four percentage points, a negative G-R.

In order to keep interest rates safely below growth, we need to scale borrowing back over the next two to three years. But a realistic plan to rein in borrowing cannot be too jarring as the uncertain effects of COVID-19 on workers and businesses is likely to stretch out into 2022. Thus the federal government should taper its borrowing requirements in deliberate steps over the next fiscal years to arrive at 1 per cent of GDP in 2023-24 and following years. By this time, the debt-to-GDP ratio will be back to 1990s levels, but debt service costs will be tempered by lower interest rates.

Under this scenario, the share of government revenue devoted to debt servicing would stabilize at a manageable 10 per cent of annual revenue in the early 2020s, about double the level of 2017 but well within international norms and dramatically below the 35 cents on the dollar at the peak of the 1990s crisis. I would suggest that a 10-per-cent debt servicing target should become the federal government’s new fiscal anchor, providing assurance to the marketplace and transparency to voters that the government is tied to the discipline of a fiscal plan over future borrowing, expenditures and revenue.

There is a stipulation, however. For G to remain greater than R over the medium and long term, government borrowing must be primarily used to finance investments that will augment the growth of domestic production and the global competitiveness of Canadian industry – thus shoring up the current account and warding off the penalties of diminished confidence. Following this course will allow us to get the twin deficits under control without resorting to the drastic measures of 25 years ago. 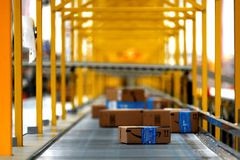 Why one of Canada’s leading pension experts says it’s time for retirees to get out of bonds
Subscriber content
September 12, 2020 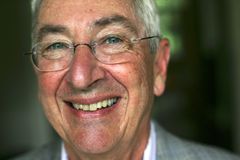