It is one of the lamest whodunits in Canadian history.

We know that three senior bureaucrats badly botched the creation and roll-out of a new pay system for nearly 300,000 federal workers. The trio left behind a trail of misery, including a relentless stream of pay errors, disrupted lives and hundreds of millions of dollars in cost overruns.

But Ottawa won’t say who the three are or how they were disciplined. We do know that no one was fired. And two of the three officials still work for the department that runs the pay system, Public Services and Procurement Canada; the other retired.

The identity of the trio − including an assistant deputy minister and an associate assistant deputy minister − must be the worst-kept secret inside the bureaucracy. Auditor-General Michael Ferguson laid out exactly what happened in a scathing report, calling the new Phoenix payroll system an “incomprehensible failure of project management and oversight.” Anxious to stick to a schedule and stay on budget, the three officials launched the system in early 2016 even though they knew it was not working properly and had dangerous security holes, the report found.

Nor is Privy Council Clerk Michael Wernick, the government’s top civil servant and the de facto chief operating officer of the bureaucracy. Appearing last week before a parliamentary committee that is investigating the failed system, Mr. Wernick was more interested in taking swipes at Mr. Ferguson for smearing the integrity of the public service than laying blame.

Surely, the buck-passing has to stop somewhere. How can Canadians have faith in their government if no one is ever held accountable for the biggest mess ups?

Absent that, Mr. Ferguson is right. The culture inside the federal government is broken.

The mysterious Phoenix trio ignored dire warnings from outside consultants and officials in other departments that they were hurtling toward disaster. They failed to do a pilot test and had no back-up plan in place if anything went wrong. And they stripped the system of 100 key functions, such as paying employees who switch jobs or who file for back pay. They knew the system would not work properly and then apparently kept their own bosses in the dark about these problems as the system went live. All of this was done in the name of expediency and saving money, according to the Auditor-General.

Paying its employees is one of the most basic functions of any organization, and the federal government failed miserably. A system that was to have cost $310-million has soared to more than $1-billion, and the price is still rising as the government struggles to make the system do what it’s supposed to do – pay people what they are owed. Virtually every government worker has been touched in some way by the resulting mess, including tens of thousands of workers not paid for months and others paid too much (and then were overtaxed).

Given all that, you might expect heads to roll. Not in Ottawa. Public Services and Procurement Canada says only that the performance of senior officials was “assessed and appropriate measures taken.” The department did confirm that the officials involved did not get their bonuses in the year Phoenix was launched.

But what about the years before, when they made a series of fatal errors that condemned the launch to failure?

Mr. Wernick, the Clerk of the Privy Council, acknowledged that it’s extremely hard to fire anyone below the deputy minister rank for poor performance, citing protections provided by Public Service Employment Act. And he suggested that the government’s bonus and incentive system for senior managers may cause some to focus too much on cost over function.

That’s hardly confidence-inspiring for most of us who work in the private sector, where bonuses are rare and people frequently get fired when they mess up. 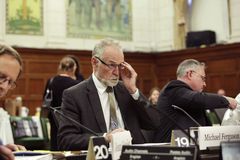