Last November, as bailout negotiations between Ottawa and Air Canada remained stuck on the runway, the airline’s then-chief executive officer was categoric in rejecting the prospect of the federal government taking an ownership stake in the country’s flag carrier.

“State ownership of airlines has been a colossal failure elsewhere around the world, and we’re certainly not advocating for it,” Calin Rovinescu insisted, even as the airline sought a government aid package to help it get through the pandemic, which had sapped its business.

As long as Mr. Rovinescu remained in the pilot’s seat, an equity participation in the airline by Ottawa remained a stumbling block to reaching a deal. He had spent most of his career purging Air Canada of the vestiges of state ownership dating from before its 1989 privatization. He worried that having government as a shareholder would clip Air Canada’s wings by subjecting future business decisions to the whims of politicians in Ottawa.

Several factors changed between then and Monday’s announcement that the federal government would devote $500-million of its $5.9-billion bailout package to purchasing 21.5 million Air Canada shares and acquire warrants to purchase an additional 14.6 million shares. Most important was Mr. Rovinescu’s retirement in February and the appointment of Michael Sabia as Ottawa’s chief negotiator after taking over as deputy finance minister in December.

Under the rescue package, Ottawa has agreed to cap its voting rights in the airline to 19.99 per cent. With Air Canada’s current float of about 335 million shares outstanding, the federal government’s initial ownership stake will stand at about 6.4 per cent. It would rise to more than 10 per cent if Ottawa exercises all the outstanding warrants.

While Ottawa’s initial equity stake is small, the precedent Prime Minister Justin Trudeau’s government is setting by buying shares in the airline is not. It comes amid calls for a “renationalization” of the airline Ottawa sold off three decades ago, right after deregulating airfares and freeing up airlines to abandon uneconomic routes.

“We were once all proud to call Air Canada our national airline, and it is now time for us to reconsider the 1988 decision to privatize this valuable resource and expose it to volatile market forces,” the International Association of Machinists and Aerospace Workers wrote in an October letter to Finance Minister Chrystia Freeland and then-Transport Minister Marc Garneau.

Canadians with no memory of when Air Canada was a bloated and unresponsive government-owned airline might support Ottawa imposing strict conditions on the airline’s operations now, especially after Air Canada ticked off so many consumers by denying refunds on cancelled flights and continues to nickel-and-dime economy-class customers for meals and blankets.

While outright renationalization is favoured by plenty of New Democrats and Liberals, the Trudeau government has given no hint that it intends to go anywhere near that far. And if Air Canada’s business recovers quickly after the pandemic, Ottawa could make a nifty profit by selling its shares, which it is purchasing at a discount to the current market price.

Still, even if Ottawa’s equity stake remains below the 20-per-cent cap set out in Monday’s agreement, the federal government will maintain a degree of control over Air Canada’s operations that could unsettle investors and constrain the airline’s ability to compete.

In the short run, the bailout stands to be popular, especially among Canadians seeking reimbursements for flights cancelled during the pandemic and those upset by Air Canada’s decision to cancel service on a slew of low-traffic domestic and international routes. But the consequences of Monday’s agreement could be far-reaching if some of the conditions Air Canada has agreed to meet in exchange for its bailout are made permanent, such as forcing it to maintain service on regional routes it might otherwise abandon.

With Ottawa as a shareholder, however, it will be next to impossible for Air Canada’s management and board to make business decisions independent of political considerations. And that stands to hurt consumers if it makes it more difficult for Air Canada to adjust its business model according to market conditions and demand. It could make it harder for the airline to compete with low-cost carriers, prompting more Canadians to drive across the Canada-U.S. border to take flights to the Caribbean or Europe.

With Monday’s deal breaking the public-ownership taboo, the likelihood of the Quebec and federal governments taking equity stakes in struggling Air Transat appears to have risen sharply. Suddenly, government ownership is being seen as a solution rather than the problem it always ended up becoming in the past. 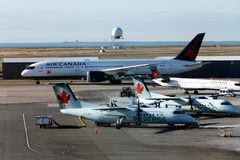 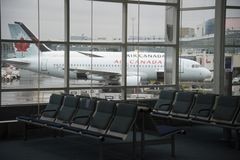 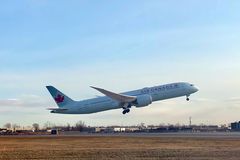