Canada is burnishing its reputation as an international haven for money laundering. And true to form, our federal officials have their heads in the sand.

The Basel Institute on Governance, an independent non-profit that combats corruption and financial crime, recently delivered a reality check on Canada’s vulnerability to money laundering and terrorist financing.

Its 2020 Basel AML Index, which assesses countries’ risk levels, affirms that Canada is still largely Shangri-la for money launderers. Its ranking – 94th out of 141 countries – is a stark reminder that we’re bungling our national security and shirking our international obligations even as financial crime surges during the COVID-19 pandemic.

Canada’s risk score was 4.68 out of 10, an inconsequential improvement from 4.92 last year. A score of 10 represents “maximum risk” on the index, and the average money-laundering/terrorist-financing risk score across all countries was 5.22 for 2020 – a level the Basel Institute deemed “unacceptably high.”

To put that into perspective, Afghanistan had the highest risk score, 8.16. Estonia had the lowest, 2.36.

Being bested by Estonia is bad enough. But Canada also fared worse than every other member of the Five Eyes intelligence-sharing alliance, which also includes Australia, New Zealand, the United Kingdom and the United States. This won’t go unnoticed by our allies, especially when Colombia is considered to be at lower risk for financial crime than Canada.

“This is the end consequence of underfunding, underresourcing and being lackadaisical on money laundering and terrorist financing,” said Kim Manchester, founder of ManchesterCF, an online financial intelligence training company based in Toronto.

“It shows the complete detachment of government policy makers in Ottawa versus what’s really happening,” he added.

But why should the federal government acknowledge the Basel Institute’s objective analysis when it can simply pretend it doesn’t exist? The Department of Finance declined to comment on Canada’s risk rating. Instead, spokeswoman Marie-France Faucher offered talking points about Ottawa’s previously announced anti-money-laundering initiatives, including $69.5-million in spending over five years.

Some of that money is earmarked for the Financial Transactions and Reports Analysis Centre of Canada (FinTRAC), and to support the federal government’s participation in the Cullen Commission of Inquiry into Money Laundering in British Columbia.

But considering that Canada can’t even say how much money is laundered here each year – one estimate suggests $5-billion was washed through B.C. real estate in 2018 alone – it’s obvious that Ottawa isn’t doing nearly enough.

“Canada takes a comprehensive and co-ordinated approach to combating money laundering, terrorist financing and organized crime,” Ms. Faucher wrote in an e-mail, adding that Ottawa’s actions “will result in a modernized framework that supports more effective prevention, enforcement and prosecution.”

Trouble is, no one is buying the government’s spin. The entire world knows that illicit funds flow to Canada because criminals aren’t afraid of getting caught.

Not only does Canada fail to investigate and prosecute enough of these crimes, our penalties are too weak, according to a 2016 report by the Financial Action Task Force, an intergovernmental body.

A big part of the problem is that Ottawa is too soft on Canadian banks, even though its own threat assessment gives domestic lenders a “very high vulnerability rating” for money laundering.

FinTRAC is believed to have imposed sanctions on only one lender, Manulife Bank, for breaking Canada’s money-laundering rules in recent years. And the $1.15-million penalty it paid in 2016 was paltry by global standards.

To make matters worse, it’s unclear whether FinTRAC has imposed financial penalties against any other organizations in more than four years. Although Ottawa made it mandatory for FinTRAC to publicly name all companies that pay penalties, the new rule took effect only on June 21, 2019. FinTRAC’s most recent public notice dates back to May, 2016.

It’s no wonder Canada is known for snow washing, the practice of hiding ill-gotten cash behind shell companies.

“We have become a transnational dropping point for money laundering in this country. There is no doubt about it,” said Garry Clement, president and chief executive officer of Clement Advisory Group, a private investigative agency for white-collar crime, and a former national director of the RCMP’s Proceeds of Crime Program.

Mr. Clement, who outlined solutions to gaps in Canada’s anti-money-laundering actions in an article in FrontLine Magazine, is among the experts urging Ottawa to create a national registry to unmask the owners of shell companies.

Although federal, provincial and territorial officials are discussing the idea, it’s unclear when such a registry would be operational.

The RCMP, meanwhile, should overhaul its compensation model to ensure it has enough experienced financial crime investigators, he said. At present, salary increases are tied to rank rather than specialization.

Federal legislators cannot afford to be blasé. Illicit money is inflating home prices, fuelling the opioid crisis and, according to the United Nations, threatening the global economic recovery.

“As much as Canada likes to let on that they’ve taken this seriously, for the last decade we haven’t even been a player in the game,” Mr. Clement said.

He’s right and the rest of the world knows it. 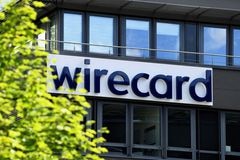 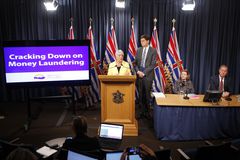