Canada wasn’t born, it was built. For many Canadians, unity didn’t come along the road to revolution, but along a railway. History reminds us of these lessons, and yet many Canadian leaders don’t consider themselves to be nation-builders in a literal sense.

Canada will always be a work in progress, an unfinished masterpiece. All around us, we see signs of rapidly aging national infrastructure – including social infrastructure – and we recognize that the cause and consequences are serious.

To be clear, this is not just about stalled but urgently needed oil and gas pipelines – though they are certainly symptoms of the problem. The issue is that our desire to critique now exceeds our desire to create. This is the crisis that now confronts our country.

There are serious challenges on the horizon, and each requires us to make choices about the kind of country we want to leave to our children and grandchildren – choices about the economy, environment, education, innovation and immigration.

For too long, we’ve avoided making the truly hard choices. We’ve instead chosen to study the problems, and then, for good measure, studied them again. We suffer from analysis paralysis. The only thing created is the illusion of action.

The absence of nation-building isn’t attributable to a lack of plans. Every government, and countless private-sector entities, have libraries full of plans, and many of them have “2020” in their titles. Well, 2020 is now just eight months away.

The absence of nation-building is due to a lack of political will. That’s not a partisan comment, as every party finds itself in the same position. It's a systemic problem, in that politicians are no longer capable of exercising their political authority.

Today, any voter can talk, text or exchange tweets with anyone else – including decision-makers. This has shifted power from institutions to individuals, even on questions where the broader public interest should supersede personal preferences.

The procedural obstacles we’ve put in place make it possible for a handful of individuals to hold up initiatives endorsed by most Canadians. Important projects, programs and policies can be delayed until supporters give up and move on.

To be sure, there are times when small groups of people bring forward genuine and legitimate concerns that must be addressed. When this happens, we should pause to consider good-faith arguments advanced on their merits.

Yet, the political pendulum has swung too far to one extreme. For the good of the country, it must swing back to a point where reasonable and rational compromises between institutions and individuals can occur – or be imposed and enforced.

Team Canada is competing in the toughest division of the global league – the Group of 20. In the international economic arena, countries aren’t awarded points for participation, and not everyone gets to hoist the cup.

We’re in the playoffs now and – like the Tampa Bay Lightning and Calgary Flames – Canada can’t assume that its past performance will guarantee us a spot in the next round. China, India, Russia, Brazil and others want to knock us out.

As in hockey, we need all of our stars working as one team to put points on the board. This includes not only the public and private sectors, but also provincial premiers and prime ministers. We don’t have the time for drama in our locker room.

We must work together to build the infrastructure required to take full advantage of the preferential access we have secured in recent trade agreements. We need innovation and immigration strategies to help build the economy of the future.

Canada achieved its standing in the world through hard work, and yet it looks as though we’ve put down our shovel to take a break. Canadians need to hold our leaders to account. We must demand that our national leaders become nation-builders again. 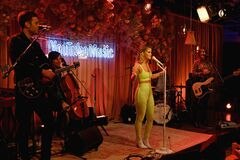 The dangers of chasing profitless growth in a frothy market Subscriber content
May 10, 2019 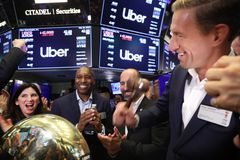