Last week’s Canadian gross domestic product statistics, as lacklustre as they were, don’t signal a recovery on the rocks. Growth isn’t stalling, it’s evolving – in a very important and encouraging way.

The service sector is back.

Okay, the headline details of Statistics Canada’s report on Friday hardly seem cause to celebrate. Real GDP (ie. excluding the effects of inflation) shrank 0.1 per cent in July from June, the third decline in four months. The economy’s rapid recovery early in the year from the pandemic-induced recession has been replaced by a frustrating sideways drift, with no growth through spring and well into summer.

But within those numbers is growing evidence of an absolutely essential rotation in the recovery. The services side of the economy – the side that has borne the brunt of the pandemic shutdowns and restrictions – has taken over from the goods side as the driver of growth.

Services GDP grew at a 6-per-cent annualized pace over June and July combined, at the same time as goods GDP retreated at a 3.6-per-cent pace. It looks like services-led growth continued in August: Statscan issued a preliminary estimate that GDP grew a smart 0.7 per cent month over month, crediting accommodations, food and retail with much of the upswing.

A similar trend has emerged in the employment data in recent months. Service-sector jobs surged by more than 460,000 from May to August, while goods-sector employment fell 50,000.

Whatever momentum the Canadian economy now has, it’s coming from the services side.

There’s no question that for many service-sector industries crippled by pandemic restrictions, the recovery still has a long, long way to go. Canadian Chamber of Commerce chief economist Stephen Tapp noted on his Twitter feed Friday that the arts, entertainment and recreation segment of the economy was still a massive 46 per cent below its prepandemic GDP in July. The accommodation and food services sector was still down 21 per cent. Transportation was down 18 per cent.

Mr. Tapp also noted that the bulk of the recovery to date has very much been driven by government, which stepped up in a huge way to fill the economic void created by the pandemic. Public-sector real GDP was up 1.8 per cent from its prepandemic level in July; the private business sector (which is about quadruple the size of the public sector) was still down 2.7 per cent.

But hey, you’ve got to start somewhere. Vaccines, and the advent of vaccination passports, have opened the door for a wide range of service businesses to ramp up – maybe not quite to normal, but an awful lot closer to it than we have seen at any time since March of 2020.

This is a vital next step for an economy that leaned unnaturally heavily on the goods-producing side in the early stages of the recovery. The nature of the pandemic has skewed demand toward goods in a big way, severely straining supply chains, which faced their own pandemic disruptions. Have you tried to buy bike parts during the pandemic? How about lumber? Or appliances? If so, you know how truly weird the market for goods has become.

A growing outlet for consumer demand on the services side will help normalize some of these pressures. That, in turn, may also herald an evolution in the course of inflation, a major economic preoccupation over the past few months.

Canada’s goods inflation rate in August was 5.8 per cent, a reflection of those unusual pressures on supply chains. Services inflation was a comparatively tame 2.7 per cent. A pivot away from goods and towards reopening services will turn down the heat on goods makers, at the same time as supply chains increasingly catch up to new consumption patterns. If you’re worried about inflation, the resurgence of services should absolutely ease your mind.

On the other hand, it’s unclear how quickly or smoothly the labour market will adjust to the resurgence of large swaths of the service economy over the next several months. We’re hearing regularly about acute labour shortages for many reopening service businesses, as restaffing after months of limited operations is proving challenging, to say the least. We haven’t yet seen that translate to rising wage pressures, but if that happens, it would quickly translate to inflation pressures. There’s certainly a risk that labour bottlenecks could replace supply bottlenecks as our next inflation worry.

And obviously, the major qualifier in all of this is the Delta wave of COVID-19. While continued vaccinations, and the use of vaccine passports, absolutely point to brighter days ahead for service industries, we can’t ignore that there could still be setbacks and the temporary re-imposition of restrictions. Growth ahead may not necessarily go in a straight line.

These are the kinds of growing pains we will face as the recovery continues to evolve over the remainder of this year and into 2022. But the key to that phrase is “growing.” With the service sector coming back to life, that growth story is heading into a healthier, more complete phase. 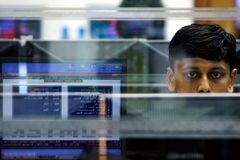