Nearly three decades after the massacre of 14 women at Montreal’s École Polytechnique, we continue to grapple with the shameful reality that far too many women face violence, harassment and abuse in their lives.

While we haven’t yet been able to eradicate all violence against women, we can eliminate barriers that prevent people from leaving abusive relationships.

This is why Canada’s unions have called on the federal government, and every province and territory, to legislate paid leave for those experiencing domestic violence.

Several governments have risen to the challenge. Manitoba was the first jurisdiction to amend its employment standards to give all workers access to five paid days of domestic violence leave, with an additional 10 unpaid days, and up to 17 weeks of continuous unpaid leave for those who might need it.

Momentum has been building to extend this provision to workers across the country. Newfoundland and Labrador, Prince Edward Island, New Brunswick, Ontario and the federal government all offer between three and five paid days to workers in their jurisdictions. Quebec has two paid days, which can be used for a range of purposes including domestic violence leave.

Economic security helps give workers who experience domestic violence the stability they need to leave a violent relationship. Paid leave means they have time during the workday to deal with the effects of violence and do the things they need to do to keep themselves and their children safe.

Despite the momentum, we hear a number of persistent fears and concerns from some employers and governments. Let’s look at the facts:

Domestic violence is more than a personal problem – it affects the workplace.

Domestic violence has a significant impact – directly and indirectly – on work attendance and productivity, costing Canadian employers $77.9-million annually. In our 2014 survey, more than 80 per cent of survivors reported that domestic violence negatively affected their job performance and 53 per cent said they experienced violence at or near their workplace. Forty per cent of those affected by domestic violence were prevented from getting to work and 8.5 per cent lost their job.

Most women living in violent relationships experience some form of financial control and monitoring by their partners. If taking domestic violence leave results in the reduction of a paycheque, the unintended result of unpaid leave might be the escalation of violence and risk. If women are trying to leave, they’ll need financial security, particularly if they need to sort out new living arrangements, legal expenses, counselling or other costs.

Employers can afford this.

The costs to employers are likely to be offset by benefits, including reduced turnover and improved productivity. Studies of Australian employers who administer paid domestic violence leave have shown that the average number of days absent is between two and three. Estimates show that incremental payments to workers taking the leave would amount to one-fiftieth of 1 per cent (0.02 per cent) of current payrolls.

EI benefits are not appropriate for intermittent leave. You can’t expect someone to go through the administrative burden of applying for employment insurance so they can get a half day off work to open a new bank account or find a safe place to live.

The goal of domestic violence leave is to help people keep their jobs, not force them to withdraw from work.

Supporting employees in these circumstances will ultimately help keep everyone safe.

No one is expecting employers or unions to fix or end domestic violence. But workplaces can be an important source of support to a worker who is struggling with a difficult situation. Furthermore, when someone experiencing domestic violence leaves their abuser, they may be targeted at work. Clear workplace polices and a range of supports, including paid leave and safety planning, can help employers fulfill their workplace safety obligations and manage risk.

As we mark Dec. 6, let us vow to remove the barriers that continue to exist in the lives of those wanting to flee abuse and violence. It’s a small effort that means a lot to the most vulnerable among us. 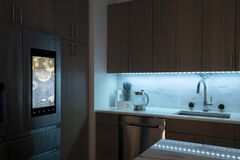 ROB Magazine
Us Too: Eight women share their stories of sexism, harassment and assault at work
May 24, 2018 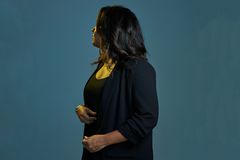 Alberta introduces first overhaul of workplace rules in almost 30 years
May 25, 2017
Follow us on Twitter @globebusiness Opens in a new window
Report an error
Due to technical reasons, we have temporarily removed commenting from our articles. We hope to have this fixed soon. Thank you for your patience. If you are looking to give feedback on our new site, please send it along to feedback@globeandmail.com. If you want to write a letter to the editor, please forward to letters@globeandmail.com.
Comments