Lawrence Herman is a former Canadian diplomat, counsel at Herman & Associates and a senior fellow of the C.D. Howe Institute in Toronto.

A lot of attention at the Carbis Bay G7 summit was focused on promoting free and fair trade in the postpandemic world. While China wasn’t mentioned by name in the final communiqué, the G7 leaders clearly had China in mind. There’s a reference to getting countries to play by World Trade Organization rules, about greater regulations on state-owned enterprises, about controlling trade-distorting subsidies, about forced labour in supply chains – all of which have a clear, albeit unstated, China focus.

All of this attention at the summit, and indeed much of the public discussion on world trade, involves governmental action, meaning treaties and trade agreements of one sort or another, whether at the WTO or at the regional level, frequently encapsulated under the rubric of global trade governance.

What is often overlooked in public discussion is the role of the private sector in setting standards and making rules, a huge range of activities outside international agreements and national laws or regulations, yet having a profound impact on international business and trade relations generally. This phenomenon has sometimes been described as “private global business regulation.”

Take the internet. It isn’t widely appreciated that almost all of the protocols and technical standards involving cybertechnology have been developed privately, outside of any kind of intergovernmental regulation. The Internet Engineering Task Force (IETF), a private-sector standards organization, develops most internet standards, yet it has no formal membership and its participants and managers are volunteers. This is a prime case of private-sector rule-making that has had one of the greatest global impacts.

Another example, though in a different area, is the advent of privately driven environmental, social and governance (ESG) risk assessments in investment decision-making. ESG standards have been developed independent of trade agreements or national legal requirements. Today, sustainable business practices under ESG norms are widely applied, for example, in the extractive (mining) sector as well as in a range of other sectors of global dimension.

Private guidelines and standards for responsible business conduct (RBC) are another example. Look at RBC guidelines related to human rights in the international fashion industry, applied independent of treaties or national laws. Thus, while Western governments have taken measures in various ways to sanction the human-rights abuses in Xinjiang, China, companies have responded by applying voluntary norms and standards in their sourcing activities, illustrative of a kind of privately co-ordinated non-governmental global action.

Product endorsements and certifications in the environmental-sustainability, human-rights and fair-trade domain are another illustration of non-legislated, private-sector standards affecting international trade. Think of all the green endorsements on all kinds of products on supermarket shelves or in other retail establishments, from pharmacies to hardware stores to clothing shops.

But as private bodies extend their role in this domain of global governance, there is a growing concern. China is hovering in the room, increasingly exercising its avoirdupois in these private rule-making organizations to influence rules and guidelines, including standards for 21st-century technologies, to its own global strategic benefit.

In 2019, the John Hopkins School of Advanced International Studies (SAIS) issued a report on the geopolitical strategies behind China’s involvement in the spectrum of these private-sector activities. After documenting expanding Chinese involvement in a number of key standard-setting bodies, the SAIS report goes on to say that China’s strategy “has the potential to significantly affect the rules and norms governing the role of standards in international trade.” It says a far-reaching implication is that China is developing a network of standards designed to eventually supplant widely used international standards. It notes how China also uses its Belt and Road Initiative to compel beneficiary countries to adopt Chinese standards as part of the deal.

A recent opinion piece in the periodical The Hill said the West can’t let China set the standards for 21st-century technologies: “For two decades, [China] has been working to take over international standardization rule making bodies to serve the goals advanced in “Made in China 2025” that is, to dominate world manufacturing and then transition to become the center of the world’s technological innovation.”

Indeed, a report issued by the Institute of Electrical and Electronics Engineers (IEEE) this past March reveals the commercial and strategic benefits of China’s strategy, referring to a crossroads reached back in 2016, when the Chinese government moved from a passive to a pro-active policy in the IEEE, pressuring Chinese computer giant Lenovo to follow other Chinese firms and back Huawei’s preference for a key part of 3GPP’s 5G standard.

This is pretty worrying stuff, showing the extent of China’s growing influence in these rule-making and standard-setting bodies below the governmental domain. With China’s geopolitical strategy very much in play in this private sphere, particularly in critical technology sectors, Western industrialized countries have to respond.

While they can’t – or shouldn’t – interfere or attempt to direct activities in the myriad of independent standard-setting bodies, there’s a need for more active public-private collaboration, a partnership between governments and the business sector to ensure full stakeholder participation to counter growing Chinese influence in this under-reported stratum of private global governance. There is much at stake here.

Opinion
Hefty new tariffs on some furniture will mean sticker shock for customers, but there is a major upside
Subscriber content
June 3, 2021 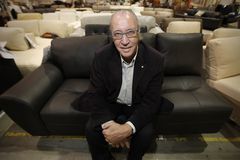 Opinion
The infrastructure war between China and the United States is fuelling the commodities rally
Subscriber content
May 12, 2021 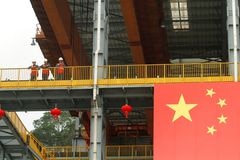 Opinion
Is ESG compliance at odds with investing in China?
May 9, 2021
Follow us on Twitter @globebusiness Opens in a new window
Report an error
Due to technical reasons, we have temporarily removed commenting from our articles. We hope to have this fixed soon. Thank you for your patience. If you are looking to give feedback on our new site, please send it along to feedback@globeandmail.com. If you want to write a letter to the editor, please forward to letters@globeandmail.com.
Comments