Boris Johnson, the man who would shear Britain off from Europe to create a cold-water version of Singapore, desperately wants to show the world that Britain Inc., post-Brexit, could go it alone and thrive. What better way than to land a big-bang foreign investment even as he, Prime Minister since July, flops around on the Brexit file like a beached cod.

Lo and behold, the vote of confidence in Britain that he so cherished came this week. There was just one hitch – and it was a biggie: the investment proposal was Chinese. Ugh! Boris must have wondered why couldn’t it have come from a politically convenient country like Germany or the U.S. or Canada?

The author of the proposed investment was Hong Kong Exchanges and Clearing (HKEX), which unveiled a surprise US$37-billion bid for the venerable London Stock Exchange (LSE), the very symbol of British financial and trading prowess since the 16th century. Together, the two could dominate the investment and trading flows between Britain and China and emerge as superstars in financial data, market indexes and derivatives clearing. Take that, Wall Street!

How would Mr. Johnson react? To poo-poo the Chinese offer would expose him as a hypocrite, given all he has been saying about post-Brexit Britain ruling the waves again, trading with everyone, galleons of treasure landing on British shores from the vast bits of the planet that were once coloured pink on imperial maps. But to endorse it could backfire, given the uprisings in Hong Kong against encroaching Chinese control and the security and trading spasms that are shaking the White House as Donald Trump casts China as Public Enemy No. 1.

As it turned out, Mr. Johnson said nothing this week, nor did he need to. On Friday, the LSE rejected the HKEX offer in no uncertain terms – largely, it appears, for political reasons. “There is no doubt that your unusual board structure and your relationship with the Hong Kong government will complicate matters,” the LSE said in a letter to the HKEX. “Accordingly, your assertion that implementation of a transaction would be ‘swift and certain’ is simply not credible.”

But the blow-off probably will not shut down the takeover attempt. There were strong rumours at the end of the week that HKEX would sweeten its offer, go hostile or approach LSE shareholders directly. If a new offer is made and endorsed by the LSE, Mr. Johnson and his government will find themselves in an awkward situation.

The timing of the HKEX bid was certainly opportunistic, even clever.

Britain is mired in Brexit chaos, meaning the bid and all its political machinations might just slip under the media radar – or so the executives of the HKEX might have hoped. Brexit had pushed down the value of the pound, rather drastically so, effectively putting a discount price on the LSE. But the main reason was the LSE’s agreement, announced last month, to buy Refinitiv, the financial markets data provider that was recently spun out of Thomson Reuters, for US$27-billion. HKEX could not afford to buy the LSE with Refinitiv at its side, so it had to make its move before the deal closes. It was now or never.

Certainly, HKEX was convinced of the industrial logic of putting the two exchanges together, and its arguments mostly added up. Exchanges are consolidating, and executives such as Xavier Rolet, the former CEO of the LSE (which tried to buy Toronto Stock Exchange owner TMX in 2011), understand that bigger is better in this industry. Trading equities is no longer the name of the game – that’s now a small, low-margin business. It’s all about data, indexes, clearing and settlements. Investors will pay big for data, and global investors want global-sized liquidity and efficiency, which only the biggest operators can provide.

For the LSE, which expanded enormously under Mr. Rolet, turning its shares into stock-market darlings, a link with HKEX might seem the logical next step. In recent years, China has accounted for half of the growth in global financial assets under management. By 2025, Mr. Rolet has said, three-quarters of these assets will be American- or Chinese-owned. HKEX would give the LSE an open door to the vast Chinese asset market.

The landmines were on the political side. While the executives of HKEX argued that the exchange was independent, no one really bought the line. HKEX’s biggest shareholder is the Hong Kong government, which can’t make any big moves without the blessing of Beijing. The Hong Kong government owns just 6.1 per cent of HKEX but has the right to appoint six of the exchange’s 13 board members, including its chair. Chairwoman Laura Cha has strong links to Beijing. She was born in Shanghai and at one point was a vice-minister in the central Chinese government.

Regulators would want assurances that the Chinese and Hong Kong governments would not interfere in the operations or strategy of the merged group. So would regulators in the European Union, United States and elsewhere. The LSE owns Borsa Italiana, the Milan exchange, and runs the world’s biggest over-the-counter derivatives clearinghouse, which means the Americans would be rather curious about the enlarged company’s Chinese influence.

Still, a deal is not out of the question. For now, Mr. Johnson has been given a pass on commenting on the merits, or lack thereof, of the possible sale. But if the Hong Kong exchange comes back – it hinted strongly Friday that it’s not retreating – he’ll find himself in a pickle even if, deep down, he might be thrilled to see a huge vote of confidence in post-Brexit Britain. 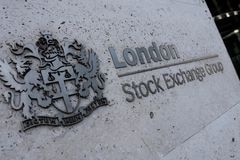 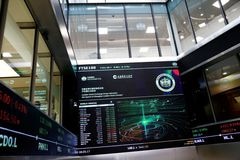