If you’re still trying to figure out what Mexico’s new trade deal with U.S. President Donald Trump might mean for the North American auto industry, you’re not alone. Mexican and American officials have offered starkly different interpretations of how the deal’s provisions would affect everything from wages and collective bargaining in Mexico to auto plants in the United States.

The implications of the U.S.-Mexico deal could matter greatly for Canada. If, as hoped, Canadian and U.S. negotiators agree to include this country in the bilateral deal struck last week between the White House and Mexico, revised content and rules of origin provisions could upend more than two decades of increasing continental integration of auto industry supply chains.

Until the legal text of the U.S.-Mexico deal is released – it is expected by the end of the month, according to the notice Mr. Trump sent to the U.S. Congress on Friday – nothing is set in stone. And even then, much will depend on how the new rules are applied and whether the Trump administration imposes higher tariffs on auto imports not covered under a new NAFTA.

On the surface, the U.S.-Mexico deal looks like a victory for American labour unions by stipulating that at least 40 per cent of a car's content must come from plants at which workers earn US$16 an hour or more. Under the deal, that's the only way for a Mexican-assembled vehicle to qualify for duty-free access into the United States. Since Mexican workers currently earn only a fraction of that wage, this provision is seen as undermining the main reason auto makers have located plants in Mexico in the first place.

Protecting U.S. auto sector jobs is a key political priority for Mr. Trump, who wants to show his working-class base that he means what he says about bringing manufacturing jobs back to the United States. But the President is also hoping that the new rules, which include increasing the minimum-content requirements for NAFTA-zone cars to 75 per cent from 62.5 per cent, will help him peel off enough Democratic votes in Congress to pass a deal some Republicans don’t like.

Ohio Senator Sherrod Brown, a Democrat with close ties to organized labour, seemed open to supporting the new deal, declaring last week: “We need to review the text of the tentative agreement with Mexico, but this is an important step forward.”

Despite the animosity Mr. Trump has shown towards AFL-CIO president Richard Trumka, who said on the weekend that Canada needs to be included in any new trade deal, the union chief has spoken favourably about the U.S.-Mexico agreement’s auto-sector provisions.

A summary of the deal released by the Office of the U.S. Trade Representative said that “Mexico commits to specific legislative actions to provide for the effective recognition of the right to collective bargaining.” But what that means in substance is anyone’s guess at this point.

In Mexico, so-called “protection contracts” between companies and pro-government unions are often signed before a plant is built and any workers are hired. Such agreements violate the principle of collective bargaining and are the main reason Mexican wages have remained so low.

It is still uncertain whether that will change under the leftist administration of President-elect Andres Manuel Lopez Obrador, who takes office on Dec. 1. But Mexico’s current Foreign Affairs Minister, Luis Videgaray, told the Associated Press last week that the U.S.-Mexico deal doesn’t require his country to extend collective bargaining rights any further than it has already said it would under recent constitutional amendments.

As for the stipulation that 40 per cent of auto content come from plants paying workers US$16, Mr. Videgaray played down the potential impact, saying: “This generates a clear incentive for the salaries in Mexico to eventually reach a higher level …There is not a defined period of time to reach this objective.”

Michigan Democratic Congressman Sander Levin voiced skepticism that last week’s deal would change longstanding labour practices in Mexico. “We’re not sure what the impact of the content rules will be,” he told AP. “For instance, what will be considered part of the 40 per cent?”

The inclusion of intellectual property and engineering costs in the calculation of average wages, he noted, would mean that Mexican plant workers could still earn far less than US$16 without preventing cars assembled in such factories from qualifying for duty-free entry into the U.S.

So any suggestion that the U.S.-Mexico deal finally provides certainty about the rules that will govern North American auto trade in the future would seem to be highly premature. 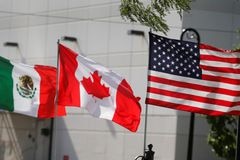 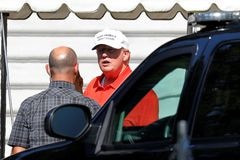