Brian Kelcey is an urban public policy consultant. He previously served as budget adviser to the mayor of Winnipeg, and as a senior political adviser at Queen’s Park.

When does the money run out? I asked officials in several city halls what month they would have trouble meeting payroll, assuming nothing else changes. One said September. Another said late September, probably. A quick calculation put another city’s risk window in late August, while another said things start to get tough in seven to eight weeks. Cities will need help soon, and the precise form of that help will matter a great deal.

Parking, fee and transit revenues crashed after the pandemic shutdown. Some cities are burning between $10-million and $65-million from reserves every week, even after layoffs of seasonal staff. At the back end, there’s a real risk of a problem not seen since the Great Depression: the potential for large-scale property-tax payment delays and defaults.

If COVID-19 was a natural disaster in one region, any typical Canadian city’s reserves would be more than enough to fund operations until federal support inevitably arrived. Yet in an ironic twist, because COVID-19 is a national disaster, cities have been forgotten in any emergency financial steps so far. In stark contrast, the U.S. Treasury and the Federal Reserve have already committed close to a trillion dollars in debt and grant aid to cities and county governments.

When Vancouver Mayor Kennedy Stewart asked for $200-million in provincial assistance last week, local critics denounced him for fiscal mismanagement. In reality, the combination of cash flow and deficit risks is so unusual that the critics’ preferred solution – cut hundreds of permanent staff – would actually make Vancouver’s short-term problem worse, since the necessary severance payouts would accelerate the burn of dwindling cash reserves.

When a record-breaking tsunami is crushing your house and a hundred houses around it, you don’t blame the carpenter, the furniture, the new patio or the square footage. You blame the tsunami.

But the scale of the wave is why Mr. Stewart’s request for lump-sum provincial help was itself a mistake, even though he won some short-term concessions on Thursday. A province-by-province, mayor-by-mayor free-for-all of appeals wastes time. Four decisive national steps are needed to attack this problem broadly instead.

First, under Section 18(g)ii of the Bank of Canada Act, Bank of Canada Governor Stephen Poloz already has the authority to borrow municipal securities in an economic emergency. It’s time to follow the Federal Reserve’s example and offer cheap, short-term loans to cities, eliminating any uncertainties if a city or agency needs to borrow to solve a local crisis.

The bank should also buy long-term municipal debt at market rates to finance any project already on a local capital budget for the 2020 and 2021 fiscal years. After any recovery, these bonds can always be resold. This isn’t short-term help, but it may prevent cuts to local infrastructure budgets at the precise moment when we need construction firms working to lead a recovery.

To assist with medium-term cash flow, federal officials need to add up everything on their books that would eventually end up in local coffers, and convert it into a share of existing GST revenues instead, transferable directly to cities on a monthly basis. That number will end up being only a fraction of a point of GST, and that’s fine – run with it. This will give cities rapid cash-flow help, revenue diversity and growth revenues, without adding a dime to the 2020 federal budget. Loosening existing gas tax or capital program restrictions would be a similar, if less effective step.

Finally, federal officials should use their ability to borrow long-term debt cheaply to build a reserve to support wages for pandemic-essential or recovery-critical local services, for cities and regional or local agencies that exhaust their cash reserves. This will amortize emergency costs on federal books over 30 years, curtailing the risk of retail-killing city property tax spikes upfront in 2021.

The most popular alternative is to simply let cities go into the red for longer terms without any other changes. This would be a mistake. Local governments aren’t built to carry long-term deficits, in good times or bad. Structural changes (such as accrual accounting, clearer utility rules and greater revenue diversity) would be needed first.

Far better to bring municipalities under the same nuclear umbrella of central bank liquidity that is already sheltering everyone else right now. With reliable credit – and with faster, more direct flow of federal funds already meant for local use – municipalities will be better positioned to help us ride out this storm. Without help, there’s a growing risk of damage to essential local services at the moment when we’ll need them most. 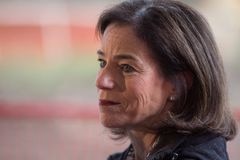