Canadians may have recognized by now that our economy has entered a period of structurally slower economic growth, due principally to an aging population. Immediate economic factors often capture the headlines, such as the U.S.-China trade dispute, whether the U.S. Congress will pass the United States-Mexico-Canada Agreement (USMCA), high levels of personal debt or higher interest rates. These factors combined have increased uncertainty and reduced the consensus growth outlook for Canada to well below 1.5 per cent in 2019.

Aging demographics and sharply slower growth in the labour force, however, are the real culprits. Canada’s sustainable long-term growth rate has fallen below 2 per cent annually, with growth potential a bit higher for Western provinces and lower in central and Atlantic Canada.

Canadian businesses and governments alike are hurt by slower growth, but provinces and territories are on the front line. Provincial governments, many with large deficits and rising debt, are caught in a squeeze between slower revenue growth and the relentless pressure to spend on the priority public services they deliver. They have generally tried to grow their way out of fiscal problems, relying on a combination of steady revenue growth and controlled spending to restore or maintain sustainable fiscal positions. But this approach is unlikely to be adequate in the years ahead.

Here’s why. Government tax revenue will grow much more slowly due to slower growth in nominal gross domestic product, the combination of real economic growth plus inflation. For example, the recent Ontario budget projected nominal GDP growth for the province of only 3.4 per cent from 2018 to 2020, declining to 3.2 per cent in 2021. These rates are a full percentage point below Ontario’s nominal GDP growth in 2016 and 2017, and as much as two percentage points lower than the rate decades ago. Slower projected nominal GDP growth means less money to support existing and new programs.

Voters generally expect public spending to grow year after year on priority programs. Health care leads the way, representing 40 per cent or more of provincial outlays. The political pressure to spend on health care refuses to abate, making it hard to find significant savings there. In Ontario, health care made up 41.6 per cent of program spending in 2017-18. Any attempt to sharply slow the growth rate of health spending or cut specific programs risks a battle for the hearts and minds of the public between health-care advocates and medical professionals on one side, and provincial governments representing taxpayers on the other.

Demographic forces, too, are weighing on health spending. The share of public-sector health-care dollars spent on Canadian seniors has increased only marginally so far, even as the share of seniors in the population keeps growing. But an aging population will inevitably mean future spending pressures; provincial decision-makers will be challenged to balance access to quality care for older Canadians with the cost to the public purse.

If deep cuts to health-care funding are politically risky, what else can provincial governments do? Education, infrastructure and economic development are other big-ticket items where controlling spending may be a bit easier politically, although budget freezes or cuts could affect the long-term productive capacity of the provincial economy. As a result, social programs often absorb a disproportionate share of any cutting exercise, and cuts there can and do affect the most vulnerable.

Fiscal circumstances differ by province; only a few – notably Quebec and British Columbia – have succeeded in balancing the books and reducing their debt. Each province will need a credible strategy for managing its fiscal position in a world of slower growth. In some cases, serious fiscal surgery – spending reductions as well as finding ways to increase revenue – may be necessary.

Alberta’s new government is facing tough choices after its election promise to balance the books by 2022. An expert panel has been created, and all options, including raising more revenue, may need to be on the table to deliver fiscal balance as planned and to avoid slippage. For its part, Ontario is now in its second decade of continuous deficit spending. The public debt ratio has increased from 24 per cent in 2007-08 to about 40 per cent today, and it has still not plateaued. The recent downgrade of Ontario’s credit rating by Moody’s is a clear signal that financial markets are not endorsing the Ford government’s five-year plan to balance the books.

In a world of slower growth, delays in addressing deficits and debt accomplish little – and can even make the problem worse. Clear-eyed, level-headed provincial fiscal management has never been more important.

The bond market is giving ominous warnings about the global economy
Subscriber content
May 29, 2019 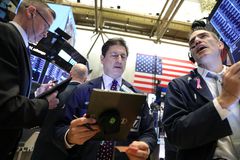 Opinion
We can’t ignore the economy-birth rate link, but we can work around it
Subscriber content
May 26, 2019 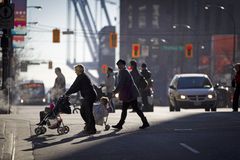