Armine Yalnizyan is a Toronto-based economist and Sunil Johal is the policy director of the Mowat Centre. They are the authors of a new report that proposes an agenda for inclusive growth in Canada. You can follow them on twitter at @ArmineYalnizyan and @JohalSunil.

You may not have noticed, but the world is in the middle of a big economic shift, from a race to the bottom to a race to the top.

There’s a growing realization that the growth models pursued by advanced economies for the past four decades have delivered more income inequality, wage stagnation and precarious work, all of which threaten future expansion. Calls for more inclusive growth are coming from international institutions such as the IMF , the World Bank and the OECD , as well as countries such as Canada.

It’s partly because economies are slowing owing to population aging and geopolitical uncertainty. In the coming years, economic growth is expected to be about half the rate it was for the past 50 years. Automation and artificial intelligence add unpredictability and concern regarding the quality and number of future jobs.

Meanwhile, competition for investments and jobs is increasingly global; and its very nature is in flux.

Competitiveness has typically meant a push for lower taxes, regulatory standards and costs – the proverbial race to the bottom.

Now, the explosion of technological innovation, coupled with an aging population, is making the search for talent as urgent as the search for capital. That makes a crucial ingredient indispensable to the new competitiveness dynamic: Markets and governments need to create better places for people to work and live if they are to become the magnets for talent and capital in future.

That could be good news for Canada.

By international standards, Canada stands in the middle of the pack when it comes to income inequality, poverty rates and labour productivity. We’re 17th out of 29 advanced economies on the World Economic Forum’s inclusive growth scorecard. We’ve got room to improve our game, but we’ll need a new strategy. In a new report for the Mowat Centre, we explore what has driven Canada’s solid economic performance and why the factors that propelled growth for the previous generation may not be available for the coming generation.

For example, women have played a crucial role in increasing household incomes and mitigating inequality. Between 1976 and 2017, women between the ages of 25 and 44 (prime child-bearing years) saw the biggest jump of any group in employment rates, from 50 per cent to more than 78 per cent. But, while further improvement is possible, basic math tells us such gains simply aren’t possible to replicate in the years ahead.

Similarly, the oil and gas boom boosted Canadian household incomes since the late 1990s, especially in Alberta, Saskatchewan and Newfoundland and Labrador. Given the uncertain fate of trade deals, and China’s move to obtain more natural resources from other emerging economies, it’s far from certain exports will fuel our future as they have our past.

The commodity boom and girl-power meant inequality didn’t skyrocket in Canada as it did in the U.S. since 2000. But rapid economic growth still did not reduce inequality. For the past decade or more, income inequality has plateaued at the highest levels on record, and income polarization (comparing after-tax household incomes of the 90th and 10th percentiles) is nearly double late 1970s levels.

The more markets deliver broad-based prosperity, the less governments need to do. Improving the bargaining power of workers is a priority in a world where labour’s share of gross domestic product (GDP) falls as corporate consolidation and power rises. Practical steps include: better employment standards for workers in the expanding gig economy; sectoral bargaining in industries characterized by poor work conditions and wages; and pay transparency, which is key to negotiating and enforcing fair pay and pay equity.

As for redistribution, our report notes that Canada hasn’t undertaken a major tax review in more than 50 years. We currently rank 24th out of 35 OECD countries by total tax revenue as a percentage of GDP. Strengthening the key pillars of our social architecture will require serious talk about tax systems and rates, and how best to stem tax evasion in an increasingly borderless world.

In June, Canada hosts our Group of Seven peers. “Economic growth that works for everyone” is the lead agenda item. The old economic paradigm of competing to be the cheapest place to do business is evolving into a new paradigm about regions aspiring to become the best places for people to live and work, to make them magnets for talent and capital that could go anywhere.

There will be places that inspire us with examples of how to walk the talk of inclusive growth. Some countries will lead in this race to the top. Canada should be among them. 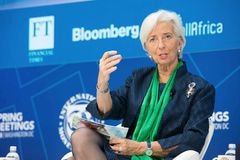 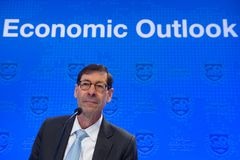 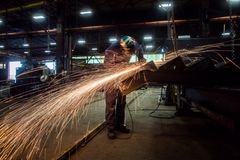