Canada consistently ranks as one of the best countries in the world in which to live. Despite that, growing numbers of Canadians – young people in particular – are telling pollsters that they are uncertain or worried about their future economic prospects.

An Abacus survey last spring found that nearly 40 per cent of millennials feel worse off than their parents’ generation. From high personal debt levels to out-of-reach housing costs, there is no shortage of problems feeding this sense of uneasiness. But it is only when you talk to young men and women that you truly feel their frustration.

As business leaders, we believe it is critical to respond to this sentiment and provide reasons for hope. The best way to do that is to embrace economic policies that create secure, high-value jobs and promote sustainable growth. The decisions we make today about our economy will determine whether future generations will enjoy the high quality of life and social programs that have made Canada the envy of the world.

In today’s fast-paced global landscape, and with technologies affecting how we live and work, we cannot afford to be complacent. One of our biggest concerns is how Canada stacks up against the growing number of countries that vie with us for talent, investment, and innovation. In a recent survey of the leaders of Canada’s top 150 companies – enterprises that employ two million Canadians and positively impact the lives of millions more – 90 per cent said they were concerned or very concerned with the competitiveness of Canada’s business environment.

A just-completed analysis by Deloitte supports this point of view. Incorporating more than 500 data points across a dozen competitor nations – the United States, Britain, Australia, the Netherlands and Japan, among others – it shows at a glance how Canada scores in eight key areas: talent, economic stability, customers, infrastructure, innovation, tax, regulation and capital and investment.

Our most important competitive advantage is our highly skilled, well-educated and diverse talent pool. Six in 10 Canadians aged 25 to 34 years old have postsecondary degrees, the second-highest rate in the OECD. Canada also ranks second in the participation of women in the labour force, and we are in first place when it comes to the percentage of newcomers who have jobs. Granted there is more work to do – such as closing the gender-pay gap and making sure graduates have the right skills for future jobs – but few countries match us when it comes to talent.

The bad news is that Canada is trailing in several important areas. Despite repeated attempts by government to stimulate innovation, Canada consistently spends less on research and development as a share of GDP and we rank second-last in high-tech exports as a share of total goods – 6.1 per cent, far behind Germany (17 per cent), France (20 per cent) and South Korea (23 per cent).

Most disconcerting is where Canada ranks when it comes to regulation. Across a range of indicators, the conclusion is the same: Canadian firms encounter a higher regulatory burden than their global peers. And the gap is growing as countries such as Germany and the Netherlands take steps to streamline their processes and reduce the cost of regulatory compliance.

What can Canada do to improve its economic performance? First and foremost, we need an honest discussion about the health of our economy and the steps we need to take to strengthen our future prospects.

It is because we feel so strongly about this that we agreed to co-chair the recently launched Task Force on Canada’s Economic Future. At a time of political polarization and an increasing emphasis on short-term issues, we see both an opportunity and a need to bring Canadians together in support of smart policies and a long-term strategy that will help us raise our game.

From universal healthcare to multiculturalism and the Canada Pension Plan, Canadians have a strong track record of getting ahead of economic and social challenges and making bold decisions built on consensus. The Task Force’s objective is to continue this tradition by thinking seriously about Canada’s economic future and identifying a short list of specific, practical measures that will have the greatest positive impact for many years to come.

At the same time, we know that we do not have a monopoly on good ideas. We want this to be a collaborative and inclusive process, open to a broad cross-section of individuals and organizations – including Indigenous communities, unions, NGOs, industry associations, SMEs and startups – that share our passion for making Canada a better place.

We have faith in Canadians. Over the coming months we will be reaching out, listening and consulting. We know that not everyone will agree on the best path forward, but everyone has a stake in the outcome and deserves to be heard – because it’s not just about the economy, it’s about Canada. 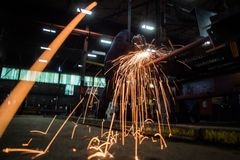 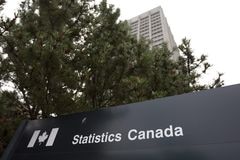 Wholesale sales edge up in December, boosted by autos
February 21, 2019 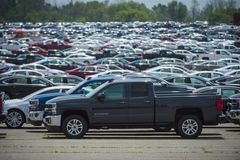