Konrad Yakabuski
Published May 5, 2021 Updated May 5, 2021
For Subscribers
Comments
Text Size
Please log in to listen to this story. Also available in French and Mandarin. Log In Create Free Account

You know these are strange times in the Canadian forest industry when lumber futures are hotter than bitcoin.

In the two decades until 2020, Canadian forest companies shed capacity and jobs faster than a champion lumberjack could saw through a sturdy Western white pine. Once the country’s dominant resource industry, the forest products sector shrank dramatically as newsprint consumption crumbled and the 2008 U.S. housing crash took a chainsaw to lumber prices.

Lumber is suddenly on fire, however, with U.S. housing starts hitting pre-crash 2006 levels and as consumers spend savings accumulated during the COVID-19 pandemic on home renovations instead of travel. Lumber futures for May delivery soared to a record of more than US$1,600 per thousand board feet on Tuesday on the Chicago Mercantile Exchange – about four times the average price fetched prior to the pandemic.

Most Canadian producers that supply the Western spruce, pine and fir (SPF) grades preferred for framing new houses slashed sawmill capacity in the decade before the pandemic and cannot increase production fast enough to satisfy surging demand. Soaring lumber costs have added upward of US$30,000 to the price of a new home in recent months, leading the U.S. National Association of Home Builders to call on President Joe Biden to scrap countervailing and anti-dumping duties on Canadian lumber imposed by the former Trump administration in 2017.

In the current bull market, the duties hurt U.S. consumers far more than lumber companies. Large Canadian-based producers such as Canfor Corp. and Resolute Forest Products Inc. have not had it this good in more than two decades and are practically drowning in cash. Their share prices have skyrocketed in the past year and investors are piling into lumber stocks in hopes of riding what many see as a rising wave as supply bottlenecks drive wood prices even higher.

Vancouver-based Canfor reported first-quarter net income of $428-million, a nearly $500-million turnaround from a $70-million net loss in the same period in 2020. Montreal-based Resolute earned $87-million in the first quarter, up from a $1-million loss a year earlier, as juicy lumber profits helped offset a continuing decline in the company’s newsprint business.

If anything, the lumber boom has reduced the political pressure on Prime Minister Justin Trudeau’s government to push for a new softwood lumber deal with the Biden administration. With lumber prices more than tripling in the past year, duties averaging around 9 per cent are practically a rounding error. Canfor’s duty was reduced to 4.62 per cent from 20.52 per cent last December by the U.S. Department of Commerce. Resolute faces a stiffer 20.25-per-cent duty.

Former Canadian trade official Eric Miller believes a new softwood deal is currently a lower priority for the Trudeau government than negotiating with the Biden administration to prevent a shutdown of Enbridge’s Line 5 natural gas pipeline by Michigan Governor Gretchen Whitmer or to exempt Canadian companies from the Buy America provisions of the new President’s multitrillion-dollar stimulus and infrastructure programs.

“Lots of Canadian government and industry players would like a softwood lumber deal, but immediate priorities and limited bandwidth in Washington make this unlikely in the short term,” said Mr. Miller, president of Rideau Potomac Strategy Group. “It is also true that nobody screams quite as loudly for relief when they are making lots of money, but experienced market players know that conditions always change and that it is better to lock in a predictable regime when they have a chance.”

Indeed, the only certainty about the current lumber boom is that it will eventually end. In recent years, Canfor and Resolute have bought sawmills in the U.S. South as a hedge against the perennial softwood lumber dispute. But a permanent end to the dispute remains critical to the survival of dozens of Canadian sawmills and the communities that depend on them.

“Lumber only makes up 4 per cent of the cost of a new home – the import duty on Canadian lumber has near zero impact on homebuyers, at around US$1.40 per month in a new 30-year mortgage, at worst,” the U.S. Lumber Coalition insists. “Reversing the course on enforcing U.S. trade laws against subsidized and unfairly traded Canadian lumber imports would be devastating to the hundreds of thousands of U.S. workers who depend on the forestry industry.”

Clearly, despite today’s red-hot prices, Canadian lumber industry is not out of the woods yet. 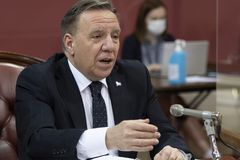 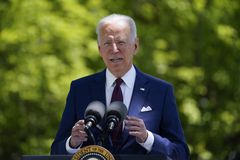 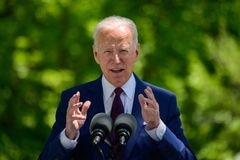