Is telecommuting a solution to dismal demographics? Vermont thinks it might be.

The state known for its lovely autumns and great skiing is urging people to think of it as more than a holiday destination. In fact, Vermont is so intent on attracting new inhabitants, it is offering cash to telecommuters that want to move there and work for out-of-state employers. If it succeeds in bringing in remote workers, the concept might serve as a model for other demographically-challenged areas to consider, with or without the cash incentive.

Vermont’s population is aging quickly, much in the same way as parts of Canada (looking at you Quebec and the Atlantic provinces). Deaths have been out-numbering births for years, and younger people tend to leave for the bright lights elsewhere. In Vermont’s case, although the state’s population increased slightly last year for the first time since 2013, the median age there was 42.9 , the third highest among U.S. states and well above the U.S. median of 38.

So enter telecommuting. Vermont figured that since lots of people like to visit, surely some would love to stay if they could – and telecommuting could make that possible. The measure announced last month specifically targets tech workers and mandates that anyone applying must be employed full-time by a non-Vermont company. To sweeten things up, the state is offering US$10,000 to each worker to offset some of the costs of moving.

It is an intriguing idea. Despite some about-faces on the practice by high-profile companies in recent years, working from outside the office is on the increase. A 2016 survey by the U.S. Society of Human Resource Managers found that between 1996 and 2016, the number of organizations offering some form of telecommuting option tripled to 60 per cent from 20 per cent, while a poll by Gallup figured that as of 2016, 43 per cent of U.S. workers were able to work remotely at least some of the time, and that 75 per cent did so more than one-fifth of the time. Comparable Canadian figures are not readily available (the 2016 Census found that 7.4 per cent of workers did so from home) but the anecdotal evidence is clear in both countries: working from somewhere outside the office is growing and it has benefits on a number of levels.

Living in Vermont or New Brunswick or wherever while getting a paycheque from another locale is an idea that could benefit players on all sides. From the worker’s point of view, it could afford them a lower cost of living and perhaps a more peaceful life. From the state or province’s point of view it would be even better. With new workers moving in, buying houses, shopping and paying taxes, revenues would go up. There is a lot to be said for this approach in places where health-care costs keep growing and the tax base is not.

If there is a reluctance to go along with the idea, it would come from the tech companies. Google, despite having developed applications that make it easier to telecommute, does not encourage it. Yahoo firmly reversed its policy on telecommuting in 2013, as did IBM in 2017. In all cases the companies in question cited the benefits of workers being together to bandy around new ideas. It is a point not without merit, but companies who do successful work as virtual offices would tell you that they have a slew of ways to keep people connected (many of them centered around technology) and that happy workers tend to produce more anyway.

Time will tell whether Vermont’s plan is a success. For highly paid tech workers, the promise of a better lifestyle is probably worth more than the US$10,000 stipend, so it is not clear that the state is giving itself an advantage through that enticement. Vermont may be on to something though. Up to now, states and provinces tended to think of broadening their tax base by bringing in jobs that could then be filled by existing or new residents. In this case, however, new residents are being urged to bring their jobs with them, one at a time. If that idea takes hold, we could see a whole new employment map on both sides of the border. 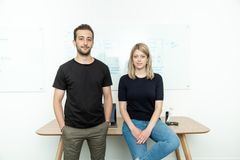 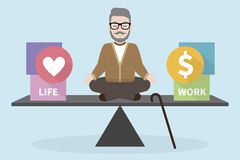 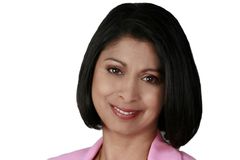