What would it cost to profoundly change the lives of Canadians who have fallen into poverty?

Results from a joint research project by the University of British Columbia and charity group Foundations for Social Change showed that giving newly homeless adults a relatively modest sum – in this case, $7,500 – not only greatly improved their economic outcomes, but actually cost the system less than if they hadn’t received the payment.

The study, called the New Leaf project, made a one-time cash transfer to 50 people in Vancouver who had been homeless for an average of six months and tracked them over the next year. It also tracked a control group who received no payments.

The group that received the funds moved into stable housing faster (by nearly two months, on average), spent more on essentials such as food and clothing and were even able to sock away some savings for a rainy day (they retained an average of $1,000 after 12 months).

And their reduced need for homeless-shelter services over the full year amounted to an estimated $8,100 each – a savings that exceeded the original investment.

The study only deals with one specific subset of the poverty question: how best to reverse the course of the newly homeless. But it asks the kinds of questions that are only going to become more pressing as Canada deals with the COVID-19 crisis and the economic recovery in its wake.

The pandemic has put particular pressure on the country’s working-age poor – the segment of the population that was already the country’s biggest poverty challenge before the crisis. Policy makers will be squeezed between what they can afford to do, and what they can’t afford to ignore.

A recent study from the Centre for the Study of Living Standards (CSLS) observed that while Canada’s poverty rates among children and seniors have declined substantially in recent years – aided by the Canada Child Benefit and increases to the Guaranteed Income Supplement for seniors – the improvement among 18- to 64-year-olds has been much smaller. The poverty rate for the 18-to-64 segment in 2018 (the latest data available from Statistics Canada) was 10.3 per cent, compared with 8.2 per cent for those under 18, and 3.5 per cent for those 65 and older.

Meanwhile, the job losses owing to the COVID-19 crisis have been heavily skewed toward working-age Canadians at the low end of the income scale – restaurant and hospitality workers, young adults, new immigrants and women. A new survey conducted by Ipsos on behalf of insolvency firm MNP Ltd. shows that these lower-income groups have suffered a disproportionate surge in debt worries and insolvency risks.

The very real threat of both widening income inequality and deepening poverty among working-age Canadians provides a pretty compelling argument for proponents of a government-guaranteed basic income. Indeed, voices calling for such a measure have grown louder as the COVID-19 crisis has dragged on.

The sticking point, of course, is the cost – which, even by conservative estimates, would run to tens of billions of dollars annually. But those estimates are typically based on very broad proposals that would ensure that everyone receives a living wage or at least something approaching it. The Vancouver homeless study is just the latest example of how much smaller payments can go a surprisingly long way in reducing poverty.

The Canada Child Benefit – which currently pays a maximum of $5,700 a year for school-age children – has been instrumental in sharply reducing the country’s child poverty rate to 8.2 per cent in 2018 from 13.3 per cent in 2015. In Alaska, where for 40 years the government has given every citizen an annual “dividend” cheque of US$1,000 to US$2,000 from the state’s oil and gas royalties, the payments have been linked to lower poverty and improved health and education among the most disadvantaged.

The CSLS study proposes a relatively modest solution that could address the pressures on the country’s working poor. It proposes roughly doubling payments under the federal Canada Workers Benefit program – a subsidy for low-income Canadians introduced in the 2018 budget – to a maximum of about $5,500 a year.

The idea is to keep the most at-risk people from tipping over into poverty and insolvency – a modest strategy that would benefit those in need and keep productive workers in the labour force. Both elements will be crucial in clearing the path for a healthy and inclusive economic recovery. A well-timed and well-targeted benefit doesn’t have to be expensive to make a big difference. 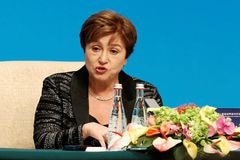 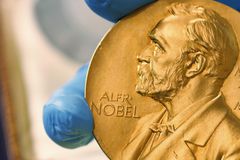 Opinion
As charities suffer through the pandemic, those with means can and must do more to help
October 13, 2020 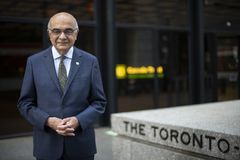