In 1999, believing nothing major would ever become of internet broadcasting, the Canadian Radio-television and Telecommunications Commission announced an exemption order – now referred to as the Digital Exemption – for internet-delivered content. This exemption meant the internet would not be treated as a broadcaster and would pay no taxes. Foreign ownership would be unregulated and there would be no requirement to feature Canadian content nor make financial contributions, as all other broadcasters do, to the creation of Canadian content.

Internet broadcasters have laughed all the way to the bank ever since.

The Canadian government has long recognized our proximity to the United States as a threat to our cultural existence. Since the early 1900s, government sought ways to protect Canada’s unique culture. In 1936, the federal government introduced the Broadcasting Act, which established a place for Canadian voices to be heard in every part of our country. Since 1957, the government has regulated the allowable percentage of foreign ownership of Canadian broadcasting entities at 20 per cent.

Canadian content regulations in television (enacted in 1961) and radio (enacted in 1970) have helped build our culture, so much so that artists from the 1970s onward were able to establish their careers in Canada. Before those regulations were created, many aspiring artists were forced to leave the country to find success.

Today, the presence of an increasingly dominant and unregulated internet means history is repeating itself. Once again, we are seeing artists leaving Canada to establish their careers.

Creators, artists and music publishers are not the only ones affected by the unregulated internet. As internet broadcasting has grown, traditional media in Canada has suffered: newspapers, TV, radio and cable have seen their advertising revenue decline annually. Conventional TV revenue fell to $1.41-billion in 2018 from $1.98-billion in 2011 – a nearly 30-per-cent drop. This has resulted in financial losses every year, beginning with $7-million in 2012 to $144-million in 2018. The total deficit in seven years is $675-million. Commercial radio revenue has declined 7 per cent in in five years.

Such losses of revenue have caused less spending on production. Producers have less to pay creators. Producers increasingly demand creator copyrights and the royalties that are due to them – an unintended side effect of the Digital Exemption.

Meanwhile, the internet broadcasters, mostly located in California, are making billions. “Over the top” revenues have gone to $1.3-billion in 2018 from $115-million in 2011, and projections for 2022 are $2.35-billion. Almost none of this revenue stays in Canada.

Richard Stursberg and Stephen Armstrong in The Tangled Garden provide a simple fix for this problem: Rescind the Digital Exemption.

They write: “Culture is an enormous business in Canada. It is worth, by the government’s reckoning, almost $54-billion per year and employs 650,000 people. This makes it almost twice as large as agriculture, forestry and fisheries industries combined. It accounts for double the number of jobs in mining and oil and gas.”

Rescinding the Digital Exemption will likely cost Canadian citizens and government nothing. According to Mr. Stursberg and Mr. Armstrong, “Extending the sales tax, abolishing the tax credits for foreign offshoots and eliminating the loophole” would generate enough money to protect Canadian content in the digital marketplace.

These simple changes would nearly double the amount of support for our Canadian cultural industries and provide increased tax revenue for Canada. Mr. Stursberg and Mr. Armstrong hypothesize that, if the Digital Exemption was rescinded, for example, the $100-million that Netflix spent on production in Canada in 2017 would have been $230-million and would rise to $320-million by 2021.

Canada must do the same. Treat the internet as the broadcaster that it is. Regulate it, require it to contribute their fair share of and support and broadcast Canadian content. Canada’s cultural existence depends on it. 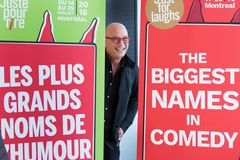 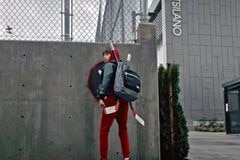 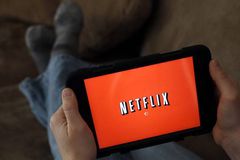