Don Iveson is Mayor of Edmonton and chair of the Federation of Canadian Municipalities’ Big City Mayors’ Caucus.

Cities and communities are often the first place Canadians see their democratic systems in action.

Local governments are the order of government closest to Canadians’ daily lives, be it public transit, police service, libraries, recreation centres, garbage collection or the building of local infrastructure. When it comes to delivering services, we as Canada’s big cities punch well above our weight. We manage 60 per cent of the public infrastructure that drives our economy and Canadians’ quality of life. We build livable communities to support the families, workers and businesses who represent the best of the Canadian spirit.

Beyond delivering the daily municipal services Canadians expect from their big cities, we’re tackling the challenges closest to home for so many Canadians – from housing affordability and homelessness, to mental health, poverty reduction and the opioid crisis, to regulating legalized cannabis and ensuring new Canadians are settling well in their communities. As home to the largest percentage of Canada’s population, cities are hubs of innovation, commerce and trade. They are foundational to our global image, newcomer attraction and competitiveness.

But as cities are increasingly called upon to deliver an expanded slate of services, it is clear the old way of doing things has not kept up with these modern challenges. The outdated frameworks that form the basis of municipal authority haven’t changed much since they were created. Whether rural or urban, local governments across the country find their hands increasingly tied by jurisdictional debate, hampering the search for solutions to complex issues.

The city of Toronto’s economy contributes one-10th of Canada’s gross domestic product, eclipsing many provinces, yet the governance and authority of the city remain at the whim of the Ontario government. This power imbalance recently became national news when the provincial government took steps to reduce the size of Toronto city council. That action made clear how tenuous the independence of Canada’s big cities really is, and flies in the face of local democracy.

And unfortunately, this imbalance is not unique to Toronto. This lopsided relationship plays out in provinces across the country – each a symptom of a broken system. That is why the Federation of Canadian Municipalities and the Big City Mayors will continue to work toward more productive and positive relationships between local governments and their provincial and federal counterparts.

As mayors, the role cities play in building our country is clear to us and it is mandated by voters – Canadians. How do we support the public desire for solutions to a vast array of challenges under current frameworks? Out of necessity, our already efficient cities have been forced to be creative and apply common sense to problems as they arise. At the risk of sounding obvious, we need this spirit of common sense and creativity from all orders of government to ensure cities can work efficiently and drive prosperity for our whole country more effectively.

We must also come together to modernize our fiscal framework. Fiscal limitations – including relying on a property-tax system never designed to meet 21st-century needs – leave municipalities deeply dependent on fluctuating investment programs from other orders of government. This fiscal situation is limiting and inefficient – two difficult propositions for the Canadians whose taxes foot the bill, and who expect to see results.

Respecting our constitutional framework doesn’t mean we can’t innovate within it. I have tremendous faith in the ability of municipal leaders to work productively with our provincial and federal counterparts. The past three years have seen incredible, co-operative success, including securing long-term infrastructure and housing plans that will transform our cities. Before that, we secured permanent and predictable federal gas tax dollars that continue to make an immediate and tangible difference in communities across Canada.

Local governments are the first point of contact between Canadians and the democracy that they cherish. Respecting the independence and jurisdiction of Canadian municipal governments is critical to ensuring the will of the voter is not just recognized, but turns into the results Canadians expect.

More cranes equals more development — and Toronto has the most in U.S. and Canada: report
August 17, 2018 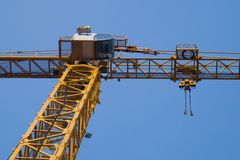 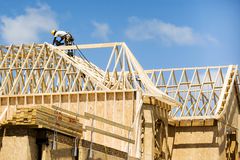