David Parkinson
Published May 20, 2021 Updated May 20, 2021
For Subscribers
Comments
Text Size
Please log in to listen to this story. Also available in French and Mandarin. Log In Create Free Account

The surge of inflation in Statistics Canada’s April consumer price index report reminds me of Obi-Wan Kenobi’s line in the original Star Wars movie, when he’s trying to calm down a couple of overzealous stormtroopers asking uncomfortable questions.

“This is not the inflation you’re looking for.”

The new numbers Wednesday, showing the highest inflation rate in nearly a decade – 3.4 per cent – deservedly raised some eyebrows. While economists had expected a spike in inflation in April, this was more than most had anticipated.

But is this the inflation for which bond markets began bracing months ago? Are we now seeing the consequences of massive debt-financed government spending and highly expansive monetary policies, including quantitative easing, as some critics have long warned? Has the Bank of Canada at very least been too complacent about the inflation threat, and, worse, been complicit in fuelling it?

All valid concerns. But the April CPI report, despite its shock value, is not the smoking gun for any of this.

It’s a single month of data, reflecting a highly abnormal and severely depressed period a year ago, and an unusual yet surprisingly strong recovery that is taking hold. It’s a snapshot of a couple of twisted bookends bracketing a deeply weird year.

On the other hand, it also can’t be readily dismissed as a mere statistical blip.

Many economists have been saying for months that inflation would appear to surge around now, owing to what they call “base effects.” Because the inflation rate is determined by comparing prices now with those 12 months ago (the “base”), we’re now measuring CPI against the early weeks of the COVID-19 pandemic, when prices for many key consumer goods and services plunged. It’s more a quirk of timing than evidence of meaningful inflation.

To a considerable extent, that’s exactly what we saw in the April numbers. But we also saw a good deal of price growth that can’t be explained away so easily. The most visible evidence is that the seasonally adjusted CPI increase from the month before was 0.6 per cent – which, outside of a bounce-back from the first-wave lockdowns last June, is the biggest single-month jump since 2017. In the first four months of the year, seasonally adjusted CPI is up 1.3 per cent – or a nearly 4-per-cent annualized pace.

Those aren’t base effects. But by the same token, they may not represent a longer-term shift in inflation momentum. The economy has bounced back strongly, both in Canada and elsewhere, as COVID vaccinations have arrived and brought a swelling of economic optimism with them. We’re seeing surging demand in some sectors, putting unusual strains on supplies.

To what degree will this sort of thing continue as the pandemic fades and restrictions in more sectors of the economy ease? That’s hard to say.

“Whether this is temporary or not depends on how supply and policy respond in coming quarters,” Bank of Montreal chief economist Doug Porter said in an e-mail.

That’s the more serious question for inflation: whether fiscal and monetary policy has misjudged the strength of the recovery. The reopening of the economy in the coming months will be supported by huge government spending, a massive household savings glut (fuelled in part by government income supports), and the Bank of Canada’s record-low policy rate and quantitative easing program providing cheap borrowing costs. The danger is in overstimulating the economy, driving up inflationary pressures.

In some respects, then, the April inflation data might be a reminder of that danger, if not truly indicative of its arrival.

“If Canada can pose inflation numbers like these when much of the country was supposed to be staying at home in lockdown ... then just imagine what reopening may bring over coming months. Instead of being something to fully look through, it remains feasible this is just a stimulus-fed warm-up act,” Bank of Nova Scotia economist Derek Holt said in a research note.

If there’s one particularly unnerving element of the rising fear of inflation, it’s the fear itself. As any central banker will tell you, a key to keeping inflation under wraps is keeping consumer inflation expectations well anchored. In the Bank of Canada’s case, that means maintaining the public confidence that it will act to steer inflation toward its 2-per-cent target. The more people talk about and worry about rising inflation, the more likely that that confidence will come unglued.

That’s the communications challenge facing Bank of Canada Governor Tiff Macklem – starting at his news conference Thursday to mark the release of the bank’s annual Financial System Review. He’ll need to deliver a message that both convincingly addresses the big April inflation number, while reinforcing that the bank won’t hesitate to tighten its monetary policy sooner if growth and inflation indictors warrant.

It’s a fine line to walk. And the April numbers, temporary or not, have only made it finer. 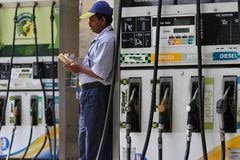 Here’s when you’ll know it’s time to run from equities because of rising inflation
Subscriber content
May 14, 2021 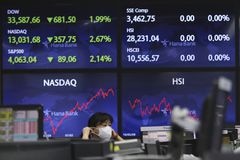