Strategic logic backed by buckets of money is often a winning formula for any takeover. But those elements were not enough to secure the purchase of Quebec’s Cogeco by Rogers Communications and Altice USA, two gung-ho players in the North American cable consolidation game.

Cogeco chairman, patriarch and controlling shareholder Louis Audet simply said no – not once, but twice – even as the premium soared into mouth-watering territory. While the $11.1-billion final offer for the two Cogeco companies – Cogeco Inc. and operating subsidiary Cogeco Communications Inc. – stands until Nov. 18, everyone knows the takeover attempt is already six feet under.

All takeover attempts are gambles, but this one was a bigger punt than most. It now looks like it was nothing more than a roll of the dice, a bet on the ponies, a Hail Mary pass – almost certain to fail.

Rogers and Altice seemed to have everything going for them. Both companies were proficient M&A tacticians. They had big-name financial advisers and a virtually open chequebook. Patrick Drahi, the savvy French-Israeli billionaire who controls Altice and its overseas counterpart, Altice Europe, as well as Sotheby’s auction house, was equipped with endless ambition.

He wanted to make a big splash in the United States, where Altice is the No. 4 player, and set his sights on Atlantic Broadband, Cogeco’s U.S. subsidiary, which is the ninth-ranked American cable company. Mr. Drahi and his top M&A lieutenant, Dexter Goei, CEO of Altice, knew their company would have to eat or be eaten in the predatory U.S. cable market, where the pandemic has heightened the value of home connectivity.

As for Rogers, it had to buy the two-thirds of Cogeco that it did not own or get out, an unfulfilled plan for years. So Rogers, led by Joe Natale, and Altice decided to launch a bid in the hopes of carving up the company along the U.S.-Canada border. Rogers would take Cogeco’s Canadian bits, Altice the American bits.

The plan was hatched in the spring, according to people familiar with the deal, in a Zoom meeting arranged by Scotiabank, Rogers’s financial advisers (J.P. Morgan works for Altice). They said Altice wanted Rogers to take the lead, even though the offer would technically come from Altice. The Globe and Mail is not identifying the sources because they were not authorized to speak about the matter.

Rogers and Altice hoped they could exploit potential cracks in the Audet family’s formidable defensive armour: their multiple-voting shares. Those cracks failed to appear.

Now Rogers and Altice are scrambling to come up with Plan B, but so is Cogeco. It turned down a 51-per-cent premium (measured by the value of the second bid over the share price just before the first bid) that it may never see again. And the Quebec company may get outspent by larger competitors in the United States and Canada, who are rolling out super-fast 5G technology.

“We were eyes wide open going in with a bid that would benefit all shareholders and best position the Cogeco telecoms assets for the future,” said Mr. Goei, 49, in an interview with The Globe. “Scale and size matter in this industry because billions will be spent on fibre and 5G. We see the convergence of wireless and fixed in the U.S.”

The buyout would always be an audacious, high-risk move because neither the Audets nor their financial partner, the Caisse de dépôt et placement du Québec (CDPQ), were giving signals, at least not obvious ones, that they would back a takeover.

Any reading of Mr. Audet would suggest he wasn’t ready to pack it in, even though he is 68. He is a proud, old-school entrepreneur who still seems to be enjoying the game. He is the son of Henri Audet, who founded Cogeco in 1957 as a broadcasting company and steered it into the cable market in the 1970s and 1980s. People who know Mr. Audet say he revels in his role as a local boy done good, is proud of his status in Quebec and is comfortable as an underdog in a business dominated by cable giants such as Rogers in Canada and Comcast and Charter Communications in the U.S.

Was the CDPQ sending out signals that it was keen to unload its 21-per-cent stake in Atlantic Broadband? In the past, it may have told private-equity funds or U.S. cable companies that it would like to monetize its Atlantic Broadband investment at some point. But there was no hint in the market that the CDPQ was yearning to slap a For Sale sign on its stake. At the same time, there was no hint that it did not want to sell.

Which is not to say that Rogers and Altice went into the bid with zero leverage.

They knew, for instance, that Gestion Audem, the Audet family’s holding company, had quietly sold about 40 per cent of its subordinate and multiple-voting shares in Cogeco Inc., the parent company, in the past decade or so. At last count, the family had 66 per cent of the votes but only 3.3 per cent of the economic interest in the company.

The sell-down may have suggested to Rogers and Altice that Mr. Audet was losing confidence in his own business. Perhaps, but probably not; in January, after the family sold 288,000 subordinate voting shares in a private placement, he said he wanted to retain control of the company. Rogers and Altice may also have believed that the five Audet siblings were not entirely united; maybe a couple of them would break ranks and put pressure on Mr. Audet to consider a takeover offer (what is not publicly known is whether his four siblings transferred voting control, but not ownership, of their Cogeco shares to Mr. Audet).

So Rogers and Altice apparently saw three possible ways to crack Cogeco open. The first was a split among the Audet siblings; the second was support from the CDPQ; the third was pressure from holders of the lowly subordinate voting shares.

No cracks appeared. Both the Sept. 2 opening bid and the improved Oct. 18 one, which offered $900-million to the Audets for their relatively small stake in the company, up from $800-million, were rejected within hours. We don’t know if any of the Audet siblings secretly wanted to sell Cogeco. The Oct. 18 news release from Gestion Audem said that “members of the Audet family unanimously reject this further proposal.”

The CDPQ came out in support of the Audets, as did the Quebec government. They were in no mood to see another head office vanish after two decades of the hollowing out of Corporate Quebec, all the more so since SNC-Lavalin and Bombardier have been busy downgrading their presence in Montreal in the past couple of years. On Sept. 22 the government passed a motion recognizing Cogeco’s “important role in the media and telecommunications world in Quebec.”

And only one shareholder, Julian Klymochko, of Accelerate Financial Technologies, publicly endorsed the takeover attempt. Cogeco’s share register was, for Rogers and Altice, sadly lacking in activist hotheads who could put pressure on Mr. Audet to take the money and run.

The miscalculation was total. But the Audets' victory, while sweet, may be short-lived. Shares of Cogeco Communications have fallen from their recent high of $132 on Sept. 2 – the date of the first bid – to $97.

They may keep falling because shareholders now realize that the Audets have no interest in selling the company, at least as long as Mr. Audet is still kicking, meaning any takeover premium has vanished. He has made it clear that Cogeco is his show, even though the family’s economic interest is tiny, and that the other shareholders, including Rogers, can sell if they don’t like the governance structure. “We would always engage if we were presented with these kinds of offers,” Mr. Goei said. “Shareholders deserve proper transparency around value creation.”

That’s probably what Rogers will do – sell. Its stake in the two Cogecos is worth about $1.6-billion, and Mr. Natale will want to deploy that capital, and more, into building communications infrastructure in Quebec and elsewhere in Canada.

On a Sept. 15 Bank of Montreal conference call, Mr. Natale said the industry is entering “the biggest generational cycle in technology and network capability … 5G will change every industry … it’s going to take billions of dollars of investment over the next five to 10 years to provide the world-class connectivity that will matter.”

You can see where this is going. The message from Mr. Natale is that Rogers, whose $29.6-billion market value is more than six times greater than that of Cogeco Communications, is going to outspend Cogeco in its core Quebec and Ontario markets and could slowly bleed Mr. Audet’s beloved empire to death. Altice and its big-name cable rivals in the U.S. could deliver the same treatment to Cogeco’s Atlantic Broadband.

The Rogers and Altice bid was such a long shot that it seemed a sporting exercise, more for fun than a serious shot at success. But the failure to win over the Audets may prove only a temporary setback. For Mr. Audet, fending off the giants is already starting to look like a Pyrrhic victory. 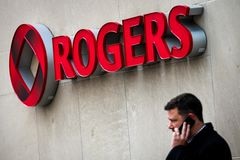 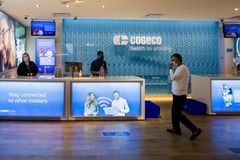 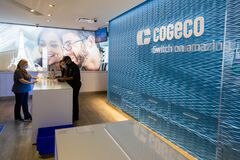