The warring factions in the Trans Mountain pipeline fight all boldly claim the law is on their side.

The federal government, for example, says that it alone has the power to approve the project.

Alberta insists that it won’t let anyone thwart it from getting its crude oil to market.

And British Columbia is defiantly vowing to use all available legal means to make sure the Edmonton-to-Burnaby, B.C., pipeline expansion never happens.

But as a fog of uncertainty envelops Trans Mountain, all three governments are scrambling to shore up their legal positions.

It suggests that, in spite of all the posturing, a good deal of legal ambiguity remains. And that sets the stage for unfortunate and protracted court battles.

Prime Minister Justin Trudeau insists the pipeline expansion “will be built” because only Ottawa has the legal authority over its destiny. And yet, Ottawa is planning to introduce legislation shortly that Mr. Trudeau says will “reinforce the Government of Canada’s jurisdiction in this matter, which we know we clearly have.”

Ottawa is also offering to sink large sums into the $7.4-billion project to ease U.S.-based Kinder Morgan’s trepidation about building the pipeline.

The federal government’s two-pronged strategy is curious. Either there is legal certainty, in which case new legislation would be pointless and subsidies unnecessary. Or, the legal issues surrounding the project are a lot less clear than Mr. Trudeau would have us believe.

British Columbia’s legal stance is equally muddled. B.C. Environment Minister George Heyman acknowledged earlier this year that blocking the project is “beyond the jurisdiction” of the province. And yet it is preparing to head to court to test the limits of B.C.’s power to regulate the movement of heavy oil from Alberta through the province.

So what does the law say about all this?

Mr. Trudeau is right, but only to a point. Interprovincial pipelines, such as Trans Mountain, clearly fall within federal legislative jurisdiction under Section 92 of the Constitution Act of 1867, which gives Ottawa the power over “works and undertakings connecting the province with any other or others of the provinces.”

Regulation of the environment, which is not specifically mentioned in the Constitution, is one of these areas of shared jurisdiction. For example, Ottawa is responsible for shipping and oceans, but provinces generally regulate what companies can do within their boundaries, including by writing and enforcing environmental protection laws.

Of course, there would be legal chaos in Canada if all three levels of government were constantly passing conflicting legislation. That’s why provincial or municipal laws cannot apply if they would “impair” core elements of federal jurisdiction over interprovincial pipelines, Prof. Ryder points out. And when there is a conflict between valid federal, provincial and municipal laws, federal law prevails.

That means that only the federal government has the power to decide “whether and where” an interprovincial pipeline is built, Prof. Ryder argues.

Case closed? Not quite. Other parties may still have a legitimate say over the how and when of Trans Mountain, including B.C., the City of Burnaby and First Nations groups – all of which are involved in litigation over the pipeline. And that was before the latest batch of threatened actions, including legislation introduced this week by Alberta giving itself the power to limit fossil-fuel exports.

Still to come is B.C.’s threatened legislation limiting bitumen shipments through the expanded pipeline, based on its concern about oil spills. The province could run into legal problems if the law prevents Kinder Morgan from delivering the bitumen shipments already approved by Ottawa.

But Prof. Ryder added that B.C.’s law could apply to federally approved interprovincial pipelines as long as it “does not prevent or unreasonably delay their construction or operation.”

Mr. Trudeau may find that numerous legal cases will need to be settled before he can confidently assert Ottawa’s clear and unchallenged authority.

Until these various cases are settled, or someone backs down, Mr. Trudeau’s insistence that Trans Mountain will get built is just bravado.

And that likely explains Ottawa’s readiness to put money on the table.

Unfortunately, the reality is so much murkier.

These top pipelines are poised to prosper, regardless of Trans Mountain Subscriber content
April 19, 2018 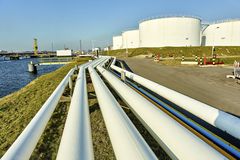 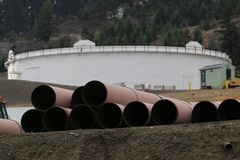