Ted Mallett is the chief economist for the Canadian Federation of Independent Business.

When asked about the most significant constraints on their businesses’ growth, more than 40 per cent of small and mid-sized employers cite a shortage of qualified employees. The issue has been a long-standing concern, but since the middle of 2017, the problem has been the most significant on the list, according to CFIB’s monthly Business Barometer.

Our latest reading for the first quarter of 2019 indicates that 3.3 per cent of all private-sector jobs sat vacant for more than four months because employers were unable to find suitable people, a record level since CFIB started measuring these statistics in 2004.

Looking at the situation from afar, one might be tempted to recommend an upward adjustment to labour prices (wages) to solve this issue. After all, higher wages would encourage more people into the labour force, or they might help a qualified worker to choose your business over another. But it is too facile to suggest the problem is only a matter of wages – there is much more to it.

Skill sets are an important consideration. In about two-thirds of cases, owners say they can’t find people with the right skills, versus one-third of employers looking for people with low- to mid-level capabilities. Imagine an independent retail business facing increasing competition from online giants needing a more robust inventory-management system to connect with suppliers; it would need skilled people to spec out the system, install and operate it. Not only must such people have the technical skills, they would need to understand the context of operating in a smaller workplace. With the rapid rate of technological change, the people quotient will always be several steps behind.

Large businesses typically have the advantage here because they usually employ multiple people with the same skills – the loss of one can usually be mitigated by others until someone else can be trained. Small companies have less breathing room. Each person working in a small enterprise has a unique fit within the whole, like a puzzle piece. If there is a departure, not only does it leave a substantial hole, but a uniquely shaped one as well. It’s no surprise that owners would prefer to find a replacement with an identical shape. It is also no surprise that job vacancy rates are twice as high in small workplaces than in large ones.

Governments have been made aware of the problem, but they tend to see it only through a geographic or industry lens – because that’s all that their statistics can tell them. One can’t develop a proper solution if one doesn’t understand the problem. It is true that vacancies are most problematic in Quebec, British Columbia and Ontario, or among industries such as construction with large numbers of workers in technical occupations, but programs cannot be solely based on geography or sector.

CFIB’s insight from small-business owners suggests that geography and sector are only minor factors. Vacancy rates are instead influenced more by, in order of strength, business size, capital-investment intentions, health of business and optimism. These are also only the tip of the iceberg, however, because many other factors – down to business- or neighbourhood-specific ones – undoubtedly play a large part. The problem, therefore, affects businesses in every part of the country and every conceivable industry type.

So, what to do? The best solutions are broad-based. Improving the delivery and use of online employment marketplaces such as the Canada Job Bank would certainly help, as would encouraging the better integration of groups often left outside the job markets, such as Indigenous Canadians, new immigrants and those with special accessibility needs. Streamlining and simplifying access for small companies trying the Temporary Foreign Worker program would be a benefit, as would measures to encourage Canadians to move about the country.

The education system is already training young people, but degrees and certifications are often siloed and take time to earn. The marketplace would benefit from more mutual recognition of partial progress, which would allow more students to change programs midstream. The provinces can help more by allowing for mutual recognition of each others’ occupation certifications as well as reducing provincial barriers to trade. The new federal Training Benefit has potential to help as long as it is refocused to reflect the needs of employers and not just the interests of their employees. Reduced government reliance on payroll taxation would free up more resources for employers to direct toward wages, training and technology.

Although none of these approaches would turn things around overnight, increasing the speed of adaptability of the work force would have lasting long-term benefits to Canadian workers and those who employ them. 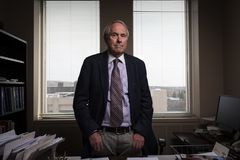 Opinion
Are we ready for industrial revolution No. 4? This time is different
June 11, 2019 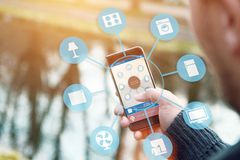 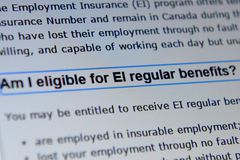