It’s often said the best thing that government can do for small business is just get out of the way. But the COVID-19 pandemic is turning that axiom on its head.

These are terrifying times for entrepreneurs. Small businesses are being submerged in the pandemic’s second wave because of operating restrictions in Quebec, British Columbia and Ontario.

Business closings have outpaced new business openings during this crisis. It’s a troubling trend that risks undermining the economic recovery and is precisely why legislators must take a more deliberate hand in reviving entrepreneurship.

“Small businesses were the ones that took the real brunt of the economic shutdown. They were deemed non-essential," Gary Cohn, former director of the U.S. National Economic Council, said in an interview for The Globe and Mail U.S. Election Dialogues.

"We’re going to have to figure out how to get small businesses up and going again if we want any hope of a real sustained economic recovery.”

Just to put that into perspective, prior to the pandemic, small businesses provided nearly 70 per cent of private-sector jobs in Canada and 64 per cent of those in the United States. The current crisis, however, risks creating irreparable damage to entrepreneurship in both countries.

Not only were large businesses deemed essential services (Walmart, for instance, was selling more than just groceries during the initial lockdown while smaller companies were shuttered), consumers shifted more of their spending online. That gave multinationals such as Amazon a big boost.

“The largest companies got larger and larger,” said Mr. Cohn, who served as chief economic adviser to U.S. President Donald Trump from January, 2017, until April, 2018. “It’s very tough to compete against someone who never slowed down or never stopped.”

His advice for governments is to create every possible incentive for entrepreneurs, including waiving sales taxes on purchases made at small businesses. “Yes, it may put the national businesses at a disadvantage for some period of time, but I would revert back to March when you had a huge advantage because you were the only one open,” Mr. Cohn added.

Canadian legislators, both federal and provincial, should take note of his idea. A sales tax holiday would help level the playing field for small business – just as long as it doesn’t result in more red tape for stressed-out business owners.

Make no mistake, we have the makings of a small-business crisis. Monthly business shutdowns eclipsed business openings from March to June, the period that marked the pandemic’s first wave.

Although new data released by Statistics Canada on Wednesday suggest that trend reversed itself in July amid the easing of initial pandemic restrictions, there were other signs of stress. Among them, there was a 3.3-per-cent drop in the number of business openings from June to July.

While the data reflect businesses of all sizes, Statscan says the majority of all businesses are small. That means business closings and openings are mostly affecting small companies.

“Businesses continue to close, but who the hell is opening a new business at this particular point in time?" said Dan Kelly, president and chief executive officer of the Canadian Federation of Independent Business (CFIB).

“If we go through many, many months or a year of no business openings, that’s where you get giant amounts of business failures without any replacements. That’s when you have commercial real estate that sits empty and all sorts of other terrible [economic] outcomes.”

Without more government help to manage costs, more small businesses will go under. But there are practical solutions within Ottawa’s reach, including mandating lower credit-card processing fees for small business, especially for e-commerce transactions.

The Trudeau government should also fulfill its 2019 election campaign promise to eliminate the “swipe fee” on HST and GST that merchants pay to credit-card companies. It’s a move that would save small businesses almost $500-million a year, according to the CFIB.

There also needs to be help for new business owners who were ineligible for government programs such as the Canada Emergency Response Benefit, wage subsidies or rent relief.

Gopal Khanna, 54, is among those entrepreneurs who’ve fallen through the cracks. He was on track to open a new franchise family restaurant, Stacked Pancake & Breakfast House, in Bolton, Ont., on April 1, but those plans were scuttled because of the provincial lockdown.

He eventually opened his restaurant for takeout in mid-June and spent thousands of dollars on building a patio, Plexiglas, sneeze guards and employee protection. All told, he has spent around $470,000, but hasn’t received a penny of government aid because his business lacks a track record.

“I’m right now spending my own money to keep the doors open because we’re not even break even,” Mr. Khanna said. “I was planning to go on a hunger strike to bring this to the government’s attention … I’m dying anyway.”

As Mr. Cohn rightly points out we can’t wait for a COVID-19 vaccine to manage the economic recovery. Entrepreneurs urgently need help now.

Given rising case counts and the recent tightening of pandemic restrictions in some provinces, legislators need to take immediate action to revive the entrepreneurial spirit.

After all, if governments turn their back on people like Mr. Khanna, then what message are we sending to the next generation of entrepreneurs?

How small businesses are embracing the rapid shift to e-commerce
October 26, 2020 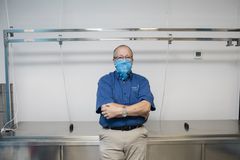 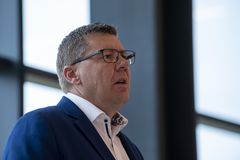