To many Canadians, it may not seem like a big deal that the three provinces that have nuclear sectors – Ontario, New Brunswick and Saskatchewan – signed an agreement to develop small modular reactors (SMRs). But this milestone represents a giant leap forward for Canadian industry and the fight against climate change.

I’m new to the nuclear industry, but I’ve been working in the energy sector for 20 years. I’ve seen new technologies revolutionize how we produce and manage electricity. The development and deployment of SMRs has the potential to be even more transformative than the introduction of wind and solar power.

Why am I and others in the energy sector so excited about SMRs? The answer is in their name. First, they are small. Large reactors are powerful: They generate clean and inexpensive electricity for decades. But they take years to build, they are suitable only for large demand and they can’t be moved. SMRs, on the other hand, are like solar power in that they can be scaled to suit local needs.

SMRs are also modular, meaning they can be mass-produced and shipped to remote locations. A small city could use an SMR until it reaches capacity, then add another as the city grows. A mine could use an SMR to help with its peak production, then ship it to a new location when operations slow down.

The modular approach will also help to reduce costs. A new advanced reactor could cost more than $1-billion, but mass production removes duplication of the costs of licensing and customization. Bulk purchasing of parts and replication of skills would reduce costs further. In short, the upfront investment will be big, while the payoff in terms of inexpensive energy will last decades.

SMRs are to large reactors what desktops were to mainframe computers in the 1980s. They made computing practical, flexible and accessible for everyone.

There are three main ways that SMRs can transform Canada’s energy sector. First, as more provinces and territories phase out coal, SMRs can fill in the gap, producing similar amounts of power without carbon emissions and other pollution. SMRs produce a steady supply of electricity making it an ideal partner to wind and solar by eliminating the need for fossil fuel backups when the wind isn’t blowing or the sun isn’t shining.

Second, SMRs can be deployed in the many remote communities in Canada that still use fossil fuels to generate electricity because it’s simply not economical to build hundreds of kilometres of power lines to connect to the grid.

Finally, SMRs can help with the operation of heavy industry, such as oil sands and mines. These facilities are a big part of Canada’s economy, but they are often remote and off-grid, and they need a lot of heat and power to operate.

There are some environmentalists who still resist the expansion of nuclear power. When I was chief executive of the Canadian Solar Industries Association, I was one of them. That’s until I realized that the critical transition to a low-carbon economy will be almost impossible without the reliable, safe and clean energy that nuclear technology provides. We need nuclear power to reduce emissions, as an increasing number of environmentalists, industry leaders and the International Energy Agency agree.

SMRs have several safety advantages built into them. Some designs use molten salt or liquid sodium as a coolant instead of water. Some are built so that the reactor shuts down if it is not being actively managed, while others are designed so that the reaction slows if it gets too hot. And the designs incorporate several advances in managing waste as well. Some are designed to require refuelling only every few years or even decades, and some “recycle” spent fuel, producing only a fraction of the waste of a conventional reactor.

We’re about to witness a fascinating race to determine the best SMR design, and some of the leading candidates are Canadian. Three companies have now passed the first review by the Canadian Nuclear Safety Commission. They are now entering the second phase, a more detailed examination of their safety. Seven more designs are now in the first phase, and Canadian Nuclear Laboratories plans to have a demonstration unit built by 2026.

Canada has a great history as a leader in nuclear technology, dating back decades. We have some of the largest resources of uranium in the world. We also have the right people with the right skills to build safe and reliable nuclear reactors. And now that three provinces consider them a key technology for meeting emission targets, we have a clear demand for SMRs.

The agreement between the three provinces is the beginning of a transformation of our energy sector. But it’s more than that. We’ve just witnessed an election campaign that exposed regional divisions around energy and climate change. I don’t think SMRs are the entire answer to this debate, but they have the potential to be a uniting force between federal and provincial interests. Working together, we can use SMRs to meet our growing energy needs, reduce emissions and introduce carbon-free electricity to many new places in Canada and around the world.

Compared to wind and solar, nuclear energy is too slow and too expensive
Subscriber content
September 23, 2019 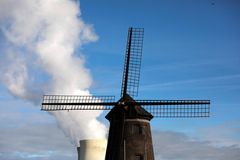 Opinion
Nuclear power is the key to fighting climate change. So why don’t we embrace it?
June 21, 2019 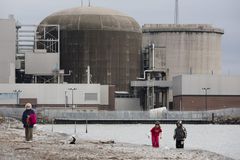 Opinion
How I learned to stop worrying and love (well, accept that it might help save the planet) nuclear power
June 22, 2019 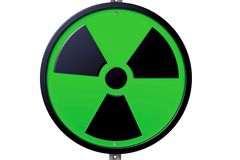