Canada, we increasingly hear, is becoming a global leader in high-tech innovation and entrepreneurship. Report after report has ranked Toronto, Waterloo and Vancouver among the world’s most up-and-coming tech hubs. Toronto placed fourth in a ranking of North American tech talent this past summer, behind only the San Francisco Bay Area, Seattle and Washington, and in 2017 its metro area added more tech jobs than those other three city-regions combined.

All of that is true, but the broader trends provide little reason for complacency. Indeed, our detailed analysis of more than 100,000 startup investments around the world paints a more sobering picture. Canada and its leading cities have seen a substantial rise in their venture capital investments. But both the country and its urban centres have lost ground to global competitors, even as the United States’ position in global start-ups has faltered.

But start-ups and entrepreneurship are a local phenomenon: They happen in urban areas. The good news is that a dozen or so of Canada’s cities make the list of the world’s 300-plus startup hubs. And the three largest of them – Toronto, Montreal and Vancouver – rank among the world’s 62 leading global startup hubs.

Toronto, Canada’s top-ranked startup hub, is the only Canadian city to crack the list of the world’s top 25 startup cities. Vancouver and Montreal are in the top 50. Kitchener-Waterloo leads all Canadian cities in venture capital investment per capita, ranking 26th globally on that measure. It and Ottawa also rank among the world’s top 100 startup hubs in terms of capital invested, and Calgary is among the top 150.

The not-so-good news is that Canada and its startup cities are losing ground to startup hubs such as New York and London; Beijing and Shanghai; Bangalore and Mumbai; Berlin, Amsterdam, Stockholm, and Tel Aviv.

More worrying, Canada is failing to take advantage of the United States’ weakening position, which is attributable in part to its tighter immigration policies. While the U.S. continues to generate the largest amount of startup and venture capital activity, its share of the global total has been falling steadily, from more than 95 per cent in the mid-1990s to about two-thirds in 2012, and a little more than half today. But the country that has gained the most ground is China, which now attracts nearly a quarter of global venture capital investment.

Exactly why Canada is lagging is unclear. A growing number of Canadian commentators suggest that the influx of large U.S. and Asian tech firms into Canada is sucking up tech talent that would have otherwise gone to local start-ups. But companies like Microsoft and Google are such powerful talent magnets that they are more likely to increase the overall supply. After all, San Francisco, New York and London are homes to some of the biggest tech companies in the world, and they are also leading startup hubs.

Perhaps the brunt of Donald Trump’s anti-immigration policies have yet to be fully felt. Maybe it is because New York and the San Francisco Bay Area are close enough to lure Canadian entrepreneurs away, or maybe we are just not as entrepreneurial as we like to think.

Whatever the cause, Canada and its leading tech hubs must do more to grow their ecosystems, which already enjoy such clear advantages in talent, especially in the field of artificial intelligence, and their openness to immigration. Given the role that innovation and start-ups play in propelling economic growth and raising living standards, our economic future depends on it.

Richard Florida is University Professor at the University of Toronto’s School of Cities and the Rotman School of Management. Ian Hathaway is Research Director of the Center for American Entrepreneurship and a Senior Fellow at the Brookings Institution. They are authors of the Rise of the Global Startup City, released earlier this month. 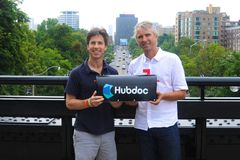 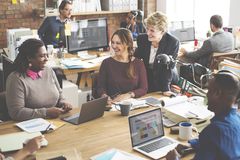 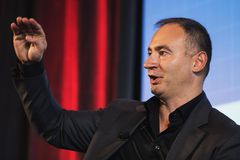