Ever since the COVID-19 crisis began to distort the economy like a twisted fun-house mirror, both Statistics Canada and the Bank of Canada have been justifiably suspicious of the country’s official inflation readings. They’re now getting a better handle on what consumer inflation really looks like – providing crucial intelligence for this week’s hotly anticipated update of the Bank of Canada’s economic outlook.

Statscan issued a report on Monday on a joint project with the Bank of Canada to develop an alternative gauge for inflation – something that could capture the dramatic shifts in consumer buying patterns that have resulted from the pandemic shutdowns. The report confirmed suspicions that the standard measure for inflation, the consumer price index, has been overstating the decline in prices that consumers have actually experienced – although not by as much as some skeptics of the data might have thought.

While the official CPI data indicated potentially worrisome declines in consumer prices in the peak lockdown months – a 0.2-per-cent drop year over year in April, and an even deeper 0.4-per-cent decline in May – the newly developed “analytical price index,” as Statscan is calling it, showed a flat reading for April and a slim 0.1-per-cent decline for May. Still in deflationary territory, but just barely.

Deflation is a potentially catastrophic threat to any economy, so the CPI trend had definitely raised some antennae. It’s an especially big deal for the Bank of Canada, which relies on an inflation target of 2 per cent as its guide to applying monetary policy to help steer the economy to health.

Nevertheless, the central bank had expressed its doubts about the story that the CPI numbers were telling, and Statscan itself had openly acknowledged issues with the data.

The big problem is that the CPI relies on a hypothetical “basket” of goods and services that Canadian consumers buy every month, with each item carrying a weight based on what share of overall purchases it typically represents; things consumers buy more frequently and/or in greater volumes carry a greater weight. But during the lockdowns, some items in the usual basket have been unavailable or at least very difficult to buy (e.g. theatre tickets, flights abroad, sit-down restaurant meals, haircuts), while other items became a higher priority on households’ shopping lists (e.g. store-bought food, baking supplies, hand sanitizer). The normal CPI basket didn’t seem to apply; Statscan has been measuring the prices for goods that no one is buying, while under-weighting things that have dominated consumer spending.

The analytical price index – which essentially reweights the CPI to reflect the sudden and sweeping changes in spending patterns – does, indeed, reveal these distortions. While Statscan cautioned that the findings are “experimental,” and shouldn’t be considered a replacement for the official inflation statistics, they do support the views expressed by Bank of Canada Governor Tiff Macklem in a speech and press conference three weeks ago: that prices probably haven’t slid as deeply as the CPI suggests, but the reality is only modestly better.

Those findings will certainly help inform this Wednesday’s Monetary Policy Report from the Bank of Canada – the highlight of which is its new projections for economic growth and inflation. The central bank usually updates these figures quarterly, but it opted against publishing forecasts in its previous report in April during the height of the lockdowns, citing extreme economic uncertainty. That means the central bank, the country’s most important source for economic forecasting, hasn’t produced a formal outlook for growth and inflation in six months. That’s a pretty big information vacuum.

The bank will also announce its latest interest-rate decision on Wednesday. While it has clearly signalled that it won’t reduce its key rate any further from its current level of 0.25 per cent, the inflation outlook will be a crucial consideration in whether it feels compelled to expand its market purchases of bonds to further stimulate the economy and lean harder against deflation.

It was telling that Mr. Macklem, who took over as head of the bank in early June, chose inflation as the topic for his first speech three weeks ago. Mr. Macklem said that avoiding a persistent inflationary downturn is the bank’s “main concern”; he also said he believes there could be “a lot of downward pressure on inflation” as the economy gradually reopens.

The analytical price index indicates that at least initially, those pressures weren’t as severe as the early numbers showed. By the same token, we’re far from out of the woods.

What will be important as the economy recovers is to what degree these inflation distortions were short-lived and prove quickly reversible, and to what degree they will linger, or even become permanent changes in buying behaviour. Expect to see the analytical price index continue to surface as the recovery evolves; it could prove a very useful light as the Bank of Canada tries to steer through the pandemic fog. 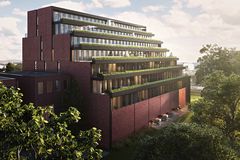