It would be too easy to conclude that the nasty feud between Magna International founder Frank Stronach and his daughter, Belinda, is all about money.

There is, of course, a lot of that at stake. The family fortune was worth $1.6-billion as recently as eight years ago, and father and daughter each want to control it.

Mr. Stronach, 86, is suing his daughter for $520-million, alleging mismanagement of the family’s various private business ventures, which include U.S. horse-racing tracks and real estate. This week, Ms. Stronach, 52, countersued, accusing her father of “improvident spending and unsound business decisions.”

If this fight is anything like so many others that have afflicted some of the largest piles of family wealth in Canada, it is rarely just about the money. Childhood rivalries, jealousies, personality clashes and dark family secrets can easily turn quiet disagreements into knock-down, drag-out fights. Throw new personalities into the mix, through marriage or new relationships, and already strained family dynamics can quickly turn toxic.

Look at your own family. It doesn’t take $1-billion to stir up a lifetime of ill will. Flashpoints, such as succession or division of assets, however modest, can trigger long-simmering resentments. Disputes over who gets a piece of jewellery, furniture or the family cottage, can quickly go nuclear because of unresolved tensions.

A billion-dollar fortune ratchets up the stakes, for sure. But the underlying emotions are universal, causing otherwise reasonable people to lash out at one another.

Consider Stronach versus Stronach. Mr. Stronach, a hard-driving industrialist who was often ruthless in his business dealings, apparently would do anything for his daughter. He named a Toronto bar after her, set her up as a top executive in his car-parts empire and backed her forays in Canadian politics.

Ms. Stronach insists she’s still devoted to her father, in spite of the lawsuit. Ms. Stronach issued a statement in October, saying “my children and I love my father.”

But their duelling lawsuits hint at deeper emotional conflicts. In his lawsuit, Mr. Stronach called out his daughter’s “lack of business acumen” and “extravagant lifestyle” – personal digs that suggest deep fatherly disappointment with how his protégé turned out.

Ms. Stronach, likewise, hits back at her father’s pursuit of “idiosyncratic passion projects,” including a money-losing organic cattle ranch and a failed golf and real estate project, both in Florida. Court filings suggest that at age 86, Mr. Stronach is no longer making sound business decisions owing to his declining mental state.

Similar fights have ruptured many of the leading families that have dominated Canadian corporate life for decades, including the Irving, McCain, Molson, Bronfman, Asper, Péladeau, Steinberg and Billes clans.

Typically, money is only part of the story. When Kenneth Irving abruptly quit as chief executive of the family’s oil business in 2010, it looked as if it was the end-game of a simmering feud with his father, Arthur, over how much of the family pie he deserved for running the company. Kenneth would later tell The Globe and Mail that he left the company after falling into an all-consuming depression as he struggled to live up to his father’s exacting standards.

The McCain brothers Wallace and Harrison fought over the direction of the family’s New Brunswick-based French-fry empire in the mid-1990s. It was partly about money, but it was also about devotion to family. Wallace badly wanted his sons to run the business; Harrison wanted professional managers. Wallace, who died in 2011, eventually bought another company – Maple Leaf Foods – which one of his sons still runs.

For some, mixing business and family may even prove deadly. Drug company magnate Barry Sherman’s estranged cousin Kerry Winter said he’d been identified as a “prime suspect” after Mr. Sherman and his wife, Honey, were found murdered in their Toronto home in December, 2017. Mr. Winter, who nonetheless denies any role in their still-unsolved deaths, had claimed in a failed legal fight that Mr. Sherman cheated his side of the family out of the corporate fortune.

Dennis Oland, 50, is on trial in Saint John for second-degree murder in the death of his father, Richard Oland, 69, the multimillionaire former executive of Moosehead Breweries. Prosecutors allege Dennis was “on the edge financially” and bludgeoned his father in a “rage” – charges he denies.

As with so many before them, the Stronachs are learning that it’s hard to separate the family business from the business of family. 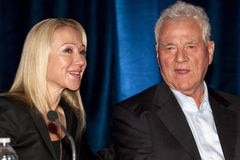 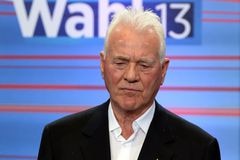 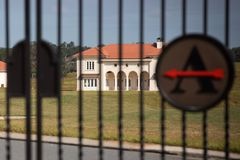