Capital makes the world go round: it’s a basic rule of business. Whether a startup or an established company, whatever the sector, entrepreneurs need ready access to capital to start and expand their businesses. This rule also applies to Indigenous entrepreneurs, who too often find themselves in an economic environment that works against them.

Capital accumulation generally comes from land ownership. And yet to this day, land is a major barrier to economic reconciliation with Indigenous peoples. Where “Indian lands” are concerned, Canada still operates in the 1800s. Antiquated federal laws and policies continue to stand in the way of Indigenous people – rights-holders in their own land – realizing our economic potential.

But here’s the thing: With the lending supports Indigenous entrepreneurs have had, we have demonstrated high rates of business success. Located in rural and urban centres, both on and off reserves, First Nations, Inuit and Métis businesses have created jobs, wealth and health for our people – where we live, in our own communities.

And we have repaid the loan capital we have received. Data from the National Aboriginal Capital Corporations Association (NACCA), a national association of more than 50 Indigenous lenders, show it: capital provided to support Indigenous business loans – $240-million – has been lent, repaid and loaned out again, growing total loans issued to $2.5-billion since the mid-1980s.

From $240-million to $2.5-billion! I challenge any government program, non-Indigenous included, to show a better return on its investment.

And yet, the federal government distributed the vast majority of that $240-million to our lending network more than 20 years ago. Since then, most Indigenous lenders have received no new loan capital to support Indigenous entrepreneurs. And the government has reduced its programming for Indigenous economic development by almost 75 per cent since the mid-90s.

The lack of loan capital is nothing short of a missed opportunity. NACCA’s data demonstrate a tremendous Indigenous demand for capital, especially in the more economically robust parts of Canada. But we can’t meet their need, because we don’t have enough capital to support our growing Indigenous businesses.

This is why NACCA is holding our inaugural conference on Indigenous Economic Prosperity in February, 2019. Located in Gatineau, this forum will explore approaches to get more capital to Indigenous businesses. It will also showcase the growing number of partnerships with non-Indigenous organizations that work in the Indigenous business arena.

Without a doubt, government has a role in encouraging Indigenous corporate partnerships, and it must do more to replenish the scarce loan capital available to Indigenous entrepreneurs, given the legal and policy barriers it has itself created.

But non-Indigenous Canada – especially its corporate mainstream – also has a part to play. The Canadian Federation of Independent Businesses supports NACCA’s quest to secure more loan funding as part of its own strategic plan. The Canadian Chamber of Commerce has identified better access to capital for Indigenous entrepreneurs as one of 10 ways to build a Canada that wins.

These are just two examples that help set the tone of the future. Non-Indigenous businesses are waking up to the potential of corporate/Indigenous partnerships to promote their shared growth and competitiveness.

We are, after all, the original peoples of this land. Working with us is not only imperative for economic reconciliation, it makes good business sense.

I invite you to attend our national conference in February. I especially welcome Corporate Canada and those interested in working with Indigenous entrepreneurs and lenders. Come share your ideas on how we can make capital work for Indigenous businesses – and benefit all business in Canada.

Andrew Leach, MBA (2000) is an Indigenous entrepreneur from the St’at’imc Nation. The current chair of the board of the National Aboriginal Capital Corporations Association, he has also chaired a British Columbia Aboriginal Financial Institution since 2004. 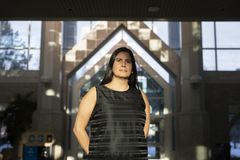 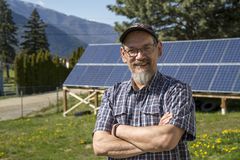