Mr. Scheer has unveiled what he would do to fast-track construction of the stalled federally owned pipeline expansion, which would carry Alberta crude to the coast in Burnaby, B.C. His plan includes legislation to bypass a new court-ordered National Energy Board hearing as well as appointing a special envoy to win over recalcitrant First Nations.

Several Republican-controlled states have passed tough new trespassing laws, targeting pipeline protesters with steep fines and threats of prison time. In August, Louisiana became the first state to criminalize trespassing on oil and gas property after designating pipelines as “critical infrastructure.” Instead of fines, protesters now face up to five years in prison. So far, as many as 10 pipeline protesters have been arrested under the new law.

Pennsylvania and Minnesota have introduced similar legislation to criminalize trespassing by protesters in and around oil and gas installations.

And last year, Oklahoma passed a law that imposes fines of up to US$1-million for organizations that “conspire” with protesters who trespass on oil and gas property and other critical-infrastructure sites.

Targeting protesters and short-circuiting existing approval regimes may seem tempting to some. Many Canadians, particularly in the West, see Trans Mountain as the key to opening up new export markets and ensuring a healthy future for the country’s energy sector. And they want to see the project proceed as fast as possible.

Alberta Premier Rachel Notley, for example, wants to water down new federal legislation that would set the rules for reviewing future energy projects. Bill C-69, or the Impact Assessment Act, now being debated in the Senate, sets clear time frames for reviews, but also directs regulators to weigh various social and environmental issues.

Surely, the lesson of Trans Mountain is that taking short cuts and ignoring legitimate opposition is what got Ottawa into this mess.

Construction of the Trans Mountain pipeline was halted in August after the Federal Court of Appeal nullified federal approval of the project, citing the NEB’s failure to adequately consult First Nations and to study an expected spike in tanker traffic on the British Columbia coast.

Pipeline backers would be wise to take a take a deep breath and show some strategic patience.

There is only one sure way to get the project moving again. Ottawa needs to creatively and intelligently address the issues raised by the court.

The government has already asked the NEB to reconsider how to deal with increased tanker traffic by this coming February.

The other major obstacle is First Nations opposition. Perry Bellegarde, national chief of the Assembly of First Nations, recently floated a proposal that he says might appease Indigenous communities opposed to the project – moving the pipeline. He recently told The Canadian Press that Ottawa should relocate the western end of the pipeline from Burnaby to Tsawwassen, B.C., south of Vancouver.

That would obviously delay the project further, and inflate costs. Kinder Morgan, the pipeline’s former owner, estimated that moving the pipeline and building a new terminal in Tsawwassen would add $1.2-billion to the cost of the project.

Perhaps there are other things that can be done to address specific concerns about the project. At the end of the day, considering imaginative solutions may be the price to pay to get Trans Mountain built.

But the federal government could appease a major swath of opposition in the Vancouver area, where many people worry about having more oil tankers moving in and out of densely populated areas around Burrard Inlet.

And Ottawa may well be able to address the concerns of at least some of the First Nations who now oppose the project.

The government doesn’t have to convince everyone. It just needs to neutralize key pockets of opposition, creating a sense of inevitability that the project will be built.

Another year of reflection, and yes, additional investment, just might be enough to make that happen. 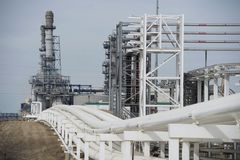 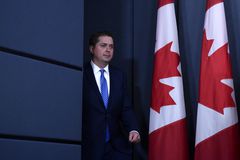