Tesla boss Elon Musk may be studying the blockbuster AOL-Time Warner merger of 20 years ago, the biggest, most sensational deal of the era. That’s because he may be considering a similar stunt himself – using Tesla Inc.’s crazily overvalued shares as a takeover currency.

But first, a reminder of those heady days, when the dot-com boom was still intact and America Online – better known as AOL, led by Steve Case – went shopping. By then AOL was a tech juggernaut, a pioneer of e-mail, web portals, instant messaging and browsing. Mr. Case added CompuServe and Netscape to the mix, and investors fell in love with the whole techy mess.

AOL shares soared well beyond their realistic worth, and Mr. Case knew that rival technology would soon turn AOL’s old dial-up service into a dinosaur. What he needed was a big, stable business that threw off a lot of cash. He also needed to deal with a CEO who would fall into his confidence trap and – voilà – in came Jerry Levin, boss of Time Warner, the venerable studio, media and publishing empire.

They struck a merger deal in which AOL’s lavishly priced shares, then trading at 35 times revenue, were used to buy a business, Time Warner, trading at 11 times revenue. The new company hit the stock market in 2000 valued at more than US$330-billlion, a jaw-dropping amount back then. By the end of 2001, the enlarged company was falling apart. The dot-com bubble burst, the integration of new and old tech did not go well, and Mr. Levin resigned in shame.

But never mind, because AOL had suckered the owners of one of the greatest companies in the media industry. “Case had pulled off the sale of the century, using AOL’s high-price currency,” said Christopher Bloomstran, president of Semper Augustus Investments of Colorado, in a series of tweets about Tesla.

He thinks the world’s premier electric car maker might borrow Mr. Case’s model and go after General Motors, and Mr. Musk himself seems open to the idea – “The water is chummed,” Mr. Bloomstran said.

Last week in Berlin, when he accepted the Axel Springer Award for being an innovative kind of guy, Mr. Musk was asked whether he would consider combining Tesla with a regular automaker. “We are definitely not going to launch a hostile takeover, but if somebody said it would be a good idea to merge with Tesla, we would have this conversation,” he said.

He would be foolish not to deploy his shares for a big-bang merger of some sort. Tesla is up almost 840 per cent in the past year, taking its market value to US$615-billion – more than six times that of GM and Ford combined. Tesla can raise capital at will despite meagre profits and relatively small production – it will sell about 500,000 cars this year while GM will sell 7.5 million. Tesla’s recent inclusion in the S&P 500 index means that tracking funds will have to buy its shares at any price. The company was swift to take advantage of S&P membership by announcing it would raise another US$5-billion in equity, its third capital lunge in less than a year.

So why a merger? Because for Tesla to maintain a valuation greater than that of the rest of the global auto industry combined it will have to ramp up production threefold or fourfold in a hurry and show consistent, high-margin profits. If there is one thing GM and its big-name rivals know how to do, it’s make lots of cars. They have an abundance of factories, engineers, suppliers, distribution centres and dealers.

But the main reason is to do what AOL did, which is deploy Tesla shares as a takeover currency while they hover in fantasy land. Tesla trades at more than 140 times forward earnings. Owning GM might allow it to compress a decade of growth into a year.

It may not work. Tesla would gain a lot by purchasing a regular car company, but it would also lose a lot. Its image as a climate-friendly maker of all-electric cars would go out the window, as would a lot of its profits; most of the money it makes comes from the sale of zero-emission credits to rival automakers, not from selling electric vehicles.

And GM (or a rival) might not gain much either. All of the big auto companies are rolling out electric cars of their own, and their quality and prices are already competitive with Tesla’s, whose market share is under pressure in some countries. There is nothing a regular car company can’t do today in terms of engineering and production that Tesla can. Of course, Tesla could offer such a fat takeover premium that GM might not say no.

Mr. Musk may find that shopping elsewhere would make more sense. Why not a big phone or cable company, one that spews out cash and is climbing up the tech value chain as the 5G wireless revolution hits? Some investors don’t even consider Tesla a proper car company. They consider it a data-driven energy company.

Or how about using Tesla shares to buy a big mining company? The idea may not be as outlandish as it sounds. Tesla has voracious demand for the metals – copper, nickel, cobalt – that go into electric cars. The company will find it hard to survive unless it secures long-term supplies at a good price.

What is almost certain is that Mr. Musk will not squander the opportunity to use Tesla’s outrageously valued shares on an acquisition. The heist of the decade may be imminent. 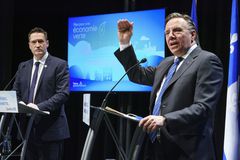 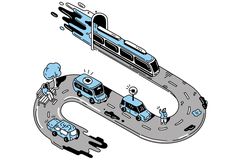