The past four years have been a roller-coaster ride for Canadian auto workers.

When our union closed off our last round of contract talks with Ford, General Motors and Fiat Chrysler Automobiles back in 2016, hopes were riding high. Sales were climbing and employment was going up.

Our 2016 contracts secured significant new investments, including the return of truck production to GM Oshawa, among other commitments. We saw momentum building, despite a challenging investment climate. At that point, it appeared that by the time 2020 collective bargaining began, as it did this week, Canada’s auto sector would be on solid ground.

Then, of course, the ground shifted.

After Donald Trump was elected U.S President, it didn’t take long for Canada to plunge into a historic trade war and a rewrite of the North American free-trade agreement. The auto sector was a key battleground.

Just as things settled down, the COVID-19 pandemic forced a months-long shutdown of the auto industry. As if things couldn’t get worse, last week Mr. Trump decided to reimpose tariffs on Canadian aluminum – a key input for cars and parts.

Amid all of this, major production cuts and job losses dealt body blows to thousands of working families. The most significant of those came with the end of vehicle assembly at GM Oshawa and elimination of the third shift at FCA’s Windsor assembly plant.

As a result, we once again enter a round of contract talks with existential questions looming on this vital sector.

Things may seem shaky, but I remain optimistic.

With the right approach, I believe auto manufacturing has a strong future in Canada.

We already benefit from a well-established supply chain infrastructure and a close proximity to one of the largest single markets for vehicle sales. Our work force is highly skilled and productive. Our deep-rooted system of collective bargaining promotes safe workplaces and high-paying jobs throughout the industry, influencing even non-union workplaces at Toyota and Honda.

Each of these strengths helps to sustain Canada’s auto manufacturing – a sector that, despite recent challenges, still employs nearly 130,000 people, generates nearly $100-billion in revenue and makes an outsized contribution to Canada’s economy.

But let’s be blunt.

Prior to 2001, Canada not only benefited from close ties to the U.S. car market, but a system of mandatory investments in domestic production that matched – dollar-for-dollar – U.S. exports of vehicles to Canada under the 1965 Auto Pact. In this period, too, auto manufacturing was limited to a few countries, and hardly the global enterprise it is now.

But under today’s corporate-led, global trade rules, the Auto Pact has been dismantled – deemed illegal. Unregulated globalization has undermined wages and work standards – forcing us to benchmark our wages with developing countries, such as Mexico and China, notorious for exploitation.

The situation facing Canada’s auto industry is daunting, but not impossible to overcome.

Governments have a leading role to play. The starting point is acknowledging that vehicle production has a strategic role to play in Canada’s future economic development.

Auto assembly plants aren’t simply relics of the past, they are hubs for advanced technological innovation, critical research and development, and thousands of local supply-chain jobs. Every auto assembly line job supports 10 others throughout the economy. When we lose this capacity, we fall behind.

Right now, Canada is trying to find its footing as car making shifts to zero-emission vehicles – products that will comprise half of global auto sales in 20 years. With a rich inventory of natural resources, world-class researchers, a well-established history of auto making and unparalleled access to emissions-free electricity, Canada should be ahead of the pack.

Global automakers are pouring hundreds of billions of dollars into electric vehicle investments, but no major programs are landing in Canada. Without a comprehensive national auto strategy, and active government engagement, the future is dim.

Rest assured, Unifor will be having these and other conversations at the bargaining table over the coming weeks.

But securing our industry’s future requires a much bigger made-in-Canada style effort. An effort that government must lead. 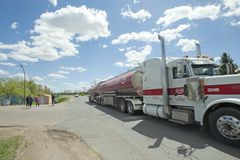 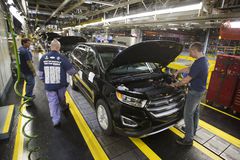