Christie Stephenson is the executive director of the P. Dhillon Centre for Business Ethics at the UBC Sauder School of Business.

Kevin Quinlan is the principal of Quinlan Consulting and previously served as chief of staff to the mayor of Vancouver.

This month, the Bank of Canada released its 2019 Financial System Review. For the first time, it listed climate change as one of six major vulnerabilities facing Canada’s economy. It’s significant given that for years, the bank has been virtually silent on the issue. In fact, until March of this year, not a single member of the bank’s leadership team had publicly mentioned the words climate change for two years. Now, the Bank has identified the physical and transition risks of climate change as vulnerabilities facing Canada’s financial system, mentioned in the same breath as household debt and housing market imbalances.

This is important because when the bank speaks, people listen – especially those making investment decisions worth millions, if not billions, of dollars.

It is easy for Bay Street or Alberta Premier Jason Kenney to dismiss warnings about climate risk when they come from think tanks or environmental NGOs. It is a lot harder to ignore those warnings when they are coming from the Bank of Canada, known for its data-driven reports and inherently cautious nature – an institution acutely aware that its words move markets.

The bank’s section on climate change in the financial system review discussed both physical issues, such as extreme weather, as well as transition issues, such as sudden policy moves, being triggered by a changing climate. An issue highlighted as a particular concern is the limited understanding of climate-related risks in financial markets. The bank warns that the lack of transparency around carbon exposure – with much of it left up to companies to disclose on a voluntary basis – could lead to mispricing and ultimately increased costs of transitioning to a low-carbon economy.

The Bank of Canada’s statements bring it in line with other central banks such as the Bank of England and the European Central Bank, which have been increasingly sounding the alarm about the need for the global financial system to properly account for, and disclose, climate risk.

Unlike other central banks, the Bank of Canada does not directly regulate financial institutions in Canada. That responsibility rests with the Office of the Superintendent of Financial Institutions (OSFI). In the coming weeks, the federal government’s expert panel on sustainable finance (which includes former Bank of Canada deputy governor Tiff Macklem) is set to release its final report. It’s expected to include recommendations for OSFI to strengthen requirements for climate risk disclosure among the institutions it oversees, as well as other measures to support a transition to a low-carbon economy, such as requiring a climate change mandate to be factored in to the Canada Infrastructure Bank.

All of which raises the question: How can the Bank of Canada best sound the alarm on the economic consequences of inadequate climate action?

This year has seen the bank take initial steps to position itself as pro-active on climate risk. In March, it announced it is joining the Network for Greening the Financial System, an international organization of central banks committed to sharing information and collaborating on standards for dealing with climate risk. It also committed to undertaking a multiyear research plan to assess the risks of climate change on the Canadian economy.

Credible economic research is key. The bank is uniquely suited to doing the granular research needed by the business community to fully understand the potential effects of climate change on Canada’s economy.

Environment and Climate Change Canada recently released a groundbreaking report detailing what our country could look like under multiple scenarios of extreme weather in the near and long term. Canada would be well served if the Bank of Canada took a similar approach in the context of our economy. A “climate stress test” exploring economic outcomes under various climate scenarios would help provide better information for financial markets while continuing to elevate the public conversation on climate risk.

The carbon-intensive nature of Canada’s economy means we can’t ignore the risk climate change poses to our financial system. The Bank of Canada has acknowledged this risk and begun to make commitments for action. It’s well positioned to now make clear the economic consequences to Canada of inadequate action in addressing climate change. 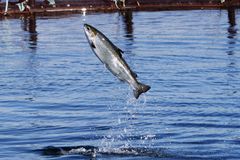 Air quality advisory issued for parts of B.C. due to wildfire smoke: Environment Canada
May 26, 2019 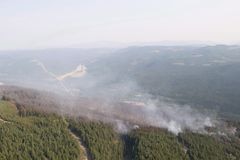 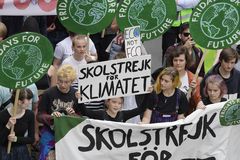