The Bank of Canada held its overnight rate constant at 1.75 per cent this week. Markets had completely priced this in, but nevertheless, there are reasons to be surprised by this decision, and perhaps even consider it a missed opportunity.

Let’s start with the state of the Canadian economy. Economic growth is rebounding in the second quarter after a sluggish first quarter. Some of this is because of temporary factors such as increased oil production. However, other factors, including the labour market, appear quite strong.

Average hourly earnings have grown in five consecutive months, peaking at a growth rate of 3.8 per cent in June. May unemployment fell to 5.4 per cent, the lowest rate since Canada began tracking unemployment statistics. Exports grew by a healthy 4.6 per cent in May, and were up by 8.6 per cent year-over-year.

The Bank of Canada’s own Business Outlook Survey contained a series of positive numbers: The percentage of firms expecting faster sales growth was up, and firms’ intentions to invest and hire more workers were strong. Housing starts rose substantially in June and were higher in every province.

Most importantly for the Bank of Canada, not only was headline inflation above target at 2.4 per cent, but also two of the bank’s three core measures were also above 2 per cent.

All this suggests the Canadian economy is doing quite well. Output is likely near or at capacity, and with inflation above target (even though some of that is because of temporary factors), central banks would typically look to raise rates. This is especially true with an overnight rate sitting a full 75 basis points below the low end of the bank’s own estimate of the nominal neutral rate – the rate at which the economy is neither overheating nor underperforming.

So, why didn’t the bank increase the overnight rate? Its announcement highlighted a double whammy of headwinds blowing in from the global economy: a generalized slowdown of economic growth and an increase in economic uncertainty. The two phenomena are closely related, and, unfortunately, both are beyond Canada’s control.

The International Monetary Fund’s latest World Economic Outlook documents these headwinds in detail. Global economic activity slowed notably in the second half of 2018, and continues to struggle well into 2019. Chinese growth has slowed amid tightening financial regulations and the uncertainty arising from trade tensions with the United States. Euro zone growth softened as well, as consumer and business confidence weakened. Natural disasters hurt economic activity in Japan. Brexit remains a cloud of uncertainty that lingers over the economy of Britain.

Canada is a small, open economy and benefits from opportunities to trade. Competition in our domestic markets by foreign companies has helped to keep costs low and is one of the reasons that Canadian inflation has remained low since the recovery from the previous recession began. However, this also exposes Canada to the weaknesses and uncertainties of other economies.

Global conditions have already led the U.S. Federal Reserve to signal a softening of its monetary policy stance. Fed chairman Jerome Powell stated this week that “it appears that uncertainties around trade tensions and concerns about the strength of the global economy continue to weigh on the U.S. outlook.”

Markets have already priced in a rate cut by the Fed at the end of July, and the Canada-U.S. exchange rate already reflects both this expected cut and the belief that the Bank of Canada would hold steady. Any further hike by the bank would have put upward pressure on the Canadian dollar, making our exports more expensive.

The bottom line is that, in many ways, holding the overnight rate constant makes sense given these external factors. However, these global headwinds have also deprived the Bank of Canada of the opportunity to give it much needed breathing room to cut rates in the face of a future recession.

Yes, Canada’s economy is doing well. But we are now more than 10 years removed from the end of the last recession, meaning we are likely closer to the next one than the last one.

And the state of some of the most significant economies in the world suggests we may be closer to it than we hope. As a small player on a big stage, Canada is unlikely to avoid being caught in the crosshairs. 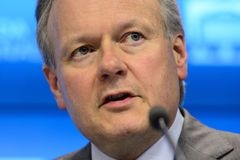 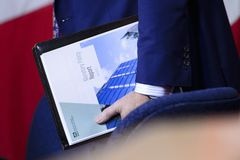